The dust raised by the strong revisions of the National Accounts (GDP) data during the months of the pandemic and by the greater or lesser fine-tuning of the Consumer Price Index (CPI) when transferring the evolution of the prices of the electricity has not been left outside the gates of the National Institute of Statistics (INE), but has also generated a considerable internal earthquake. 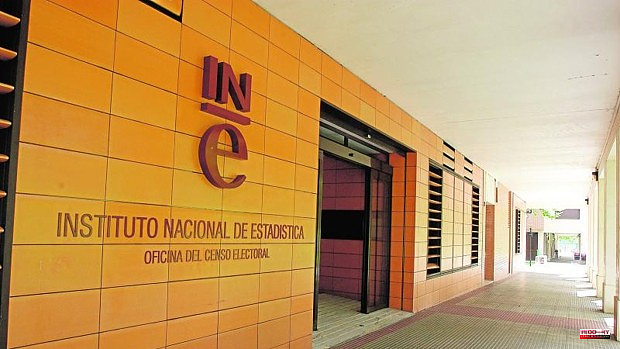 The dust raised by the strong revisions of the National Accounts (GDP) data during the months of the pandemic and by the greater or lesser fine-tuning of the Consumer Price Index (CPI) when transferring the evolution of the prices of the electricity has not been left outside the gates of the National Institute of Statistics (INE), but has also generated a considerable internal earthquake.

State statisticians, the body of elite civil servants that make up the gray matter of the national statistical system, took advantage of a recent meeting with the president of the INE, Juan Rodríguez Poo, to express their concern about the impact that these controversies may have on the reputation of the organism

and their concern about what they observe as "a decline in the quality of many statistics" in recent years due to the persistent loss of resources that the institute has been suffering.

This is reflected in a summary document of the meeting with the president of the INE circulated among its associates by the Association of Higher State Statisticians (AESE), to which ABC has had access, and in which the association concludes that the National Institute of Statistics "is going through the most difficult moment in its modern history in terms of the articulation and management of its human resources, its projection towards society and its institutional future."

In the report to its associates, the association of statisticians mentions that they discussed with the president what was related to the controversies surrounding the GDP and CPI estimates and that "various considerations" were made in this regard without going into greater detail about the content of this. Perhaps because, as revealed by the AESE, the president of the INE advised them to exercise the utmost caution in this matter "so that the technical debates on statistical methodology were not used in party political dialectics."

The organization that represents the body of State statistics did not miss, however, the opportunity to remind the president of the INE that the statistical studies carried out during those days by the Ministry of Economic Affairs - on which the INE organically depends - to transfer a photo of the economy other than that offered by the National Accounts data «they are not official figures and do not appear in the National Statistical Plan».

INE statisticians are also not convinced by the institute's recent inclination to disseminate new experimental statistics, such as mobility studies based on information from mobile phones, the estimation of tourist apartment occupancy based on data from platforms or the successful household income distribution atlas, which the group recognizes has had a great media impact and paves the way for statistics, but which subtracts resources from the official statistical operations that the INE has to carry out by legal obligation.

This is where the statisticians disagree with the INE's policy. They denounce that the lack of human resources in the institution, encouraged after a handful of years of staff reductions, "prevents carrying out adequate controls" on the data obtained, in what refers to the coverage of the statistics, the quality of the responses or the bias of these, which translates into a loss of quality of public statistics.

AESE gives as an example of these gaps in the statistical work of the INE the elaboration of the 2021 Population and Housing Census. It underlines that while in the last Census of 2011 the quality control of the information was carried out by the provincial delegations of the INE, this Sometimes this has been completely outsourced to a private company and not even the claim of the statisticians that at least the delegations supervise the work of the contracted external companies has not been heeded. «The 2021 Population and Housing Census will go down in the history of official Spanish statistics as the first population census in which the peripheral structure of the INE had no participation since the first census carried out in 1857».

AESE considers that this episode is the consequence of the situation of abandonment in which the territorial structure of the INE is maintained, some of whose delegations are, according to the association, "on the verge of administrative extinction" due to a lack of data collection personnel and administrative support staff.

The concerns of the collective not only affect the present but also the future. The association sent a letter to the president of the INE on May 26 to express its complaint about the elimination of the oral test in the oppositions to the body corresponding to 2020 and 2021, "which undoubtedly means a drop in level."

1 «The Algerians have a culture more similar to the... 2 These are the cheapest hours of electricity this Sunday,... 3 The Chamber of Spain awards the Chambers awards 4 The Supreme Court endorses the dismissals for insulting... 5 Sauces with rapeseed oil and muffins with palm fat:... 6 Héctor Grisi, a new Santander CEO to attack Mexico 7 Nearly ninety boats, from cruisers to dinghies, took... 8 Galerna, strong winds, weather window and storm for... 9 Rahm closer to his second big 10 «In competitions we shoot in apnea and we can reach... 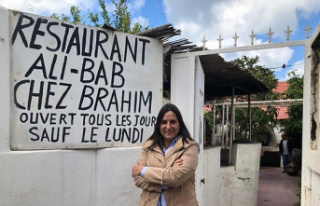 «The Algerians have a culture more similar to the...