In itself, the GMC Sierra is technically not much different than the Chevrolet Silverado. 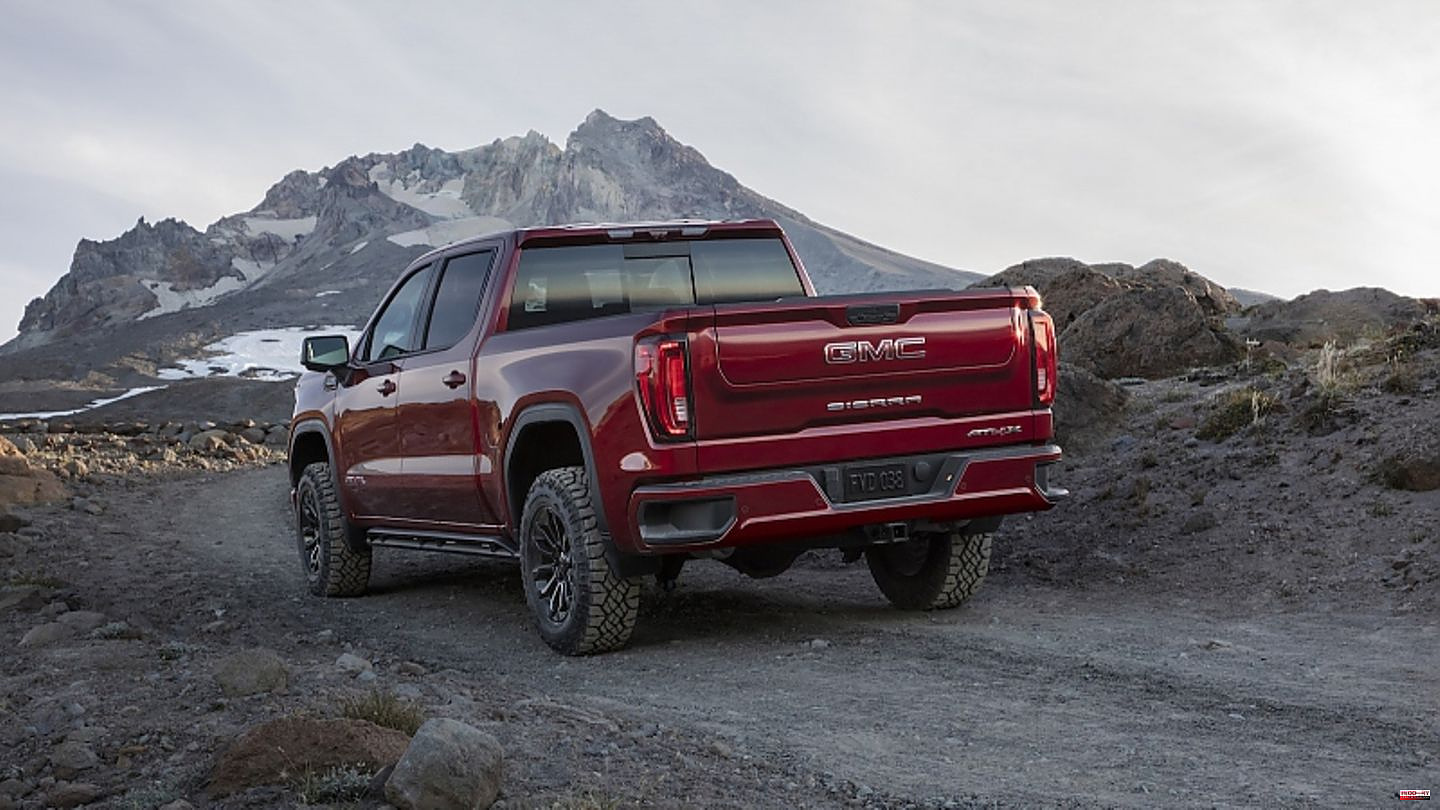 In itself, the GMC Sierra is technically not much different than the Chevrolet Silverado. For decades, this has been the undisputed number two in the registration statistics in the United States, behind the overpowering Ford F-150 and its larger brothers in the F-Series. In a good sales year, the Silverado family easily sells over 600,000 vehicles - almost all in the two countries USA and Canada. If you want something a little fancier than in the Chevy Silverado, you often go to the noble sister brand GMC. The noble offshoots enjoy great popularity in the USA. Toyota is here with its Lexus models, the finest Honda models carry the Acura label and the GMC Sierra is more stylish than a Chevrolet Silverado.

High-torque and efficient diesel engines have long since made their way into so-called full-size pick-ups in the USA. Ford and Ram showed the way, and diesel engines are now also available for General Motors pick-ups and off-road vehicles, which have ended up on the sidelines in Europe. However, most customers still opt for turbocharged six-cylinder and, even better, naturally aspirated eight-cylinder engines. In the GMC Sierra, the customer has the choice between two turbocharged six-cylinder engines with displacements of 2.7 and 4.3 liters (310 and 285 hp) and a 207 kW / 277 hp six-cylinder common rail diesel with an impressive 623 Nm of torque or a 355 HP strong basic V8. The absolute top model is the new Sierra AT4 X at prices starting at 75,000 US dollars with a 6.2-liter eight-cylinder and 313 kW / 420 hp, which is mandatory as an all-wheel drive vehicle with the large crew cab, which can comfortably accommodate five people. Then the length of the American is already an impressive 5.89 meters; the extended version is even 6.13 meters long. The standard consumption of just under 13 liters is offset by a top speed of 180 km/h.

The eight-cylinder naturally aspirated engine not only sounds powerful, it also pushes its occupants and up to 650 kilograms of payload on the open loading area and, if desired, pulls trailers weighing more than four tons. Important especially for heavy boats, harvesting or for an attachable living cabin - size matters in the USA. The power is transferred to both drive axles via a ten-speed automatic transmission, which is extremely comfortable and equally powerful. It doesn't need a turbo here, because the GMC Sierra draws its sheer unbridled power from eight combustion chambers, which share the 6.2 liter combustion chamber equally among themselves. This is exactly how you imagine a rumbling US truck. However, nothing is coarse and clumsy anymore, because despite all the off-road and commercial vehicle qualities, the GMC Sierra AT4 X makes a lot of fun in everyday life. Shopping, driving to work or simply enjoying the gigantic leisure opportunities of the Americans - the Sierra is perfect for all of this.

And if air-conditioned leather seats with a massage function, 15-inch head-up display, animated instruments, a dozen speaker sound system or truck-level shelves are not enough, you can get your GMC Sierra in the Denali Ultimate trim level at prices starting at just under US$81,000. Decorate dollars even more exclusively. Both models offer Super Cruise as an option; a driver assistance program that can take control, at least on many highways.

Despite the sonorous V8 sound and power, the mighty colossus cannot completely overplay its weight of 2.3 tons, despite its impressive qualities. Cross joints are extremely noticeable despite the Multimatic dampers with more spring travel. However, the steering is light and pleasantly precise, which makes driving more enjoyable. After all, the GM truck, also known as the GMC Sierra, not only has to show what it can do on paved roads, but also off-road. It's not about two weekends in the snow winter vacation, but the tough everyday business. Most pick-ups are driven as full-time models, so there is a lot to get done during the week and the weekend fun is not only baseball and log cabin but also trips with the quad, a boat or even in the snow. Unpaved roads are therefore the order of the day, although the extensive off-road driving programs with a crawling gear for particularly hard terrain can be left out. The all-wheel drive vehicle manages all of this with ease. But it's like a sports car: it's good to know that you could if you wanted to. And here the GMC Sierra AT4 X is really prepared for everything that could come - and remains chicer than most of the others.

Incidentally, the clever tailgate of the GMC Sierra is a real show – not only can it be operated at the touch of a button from the driver's cab, it also has a small partial flap for particularly long objects that reach over the end of the vehicle. In addition, the crew cab offers plenty of space for up to five people or luggage. The foldable box under the center armrest and the rear seat bench is so gigantic that several packages of Bud Light or entire crates of beer could fit here. Then the tour to Lake Tahoe can come at the weekend. 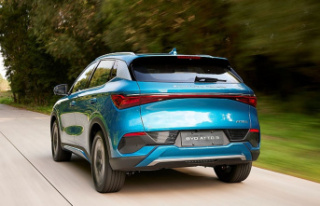