The design of this UFO on four wheels is a real show - no question about it. 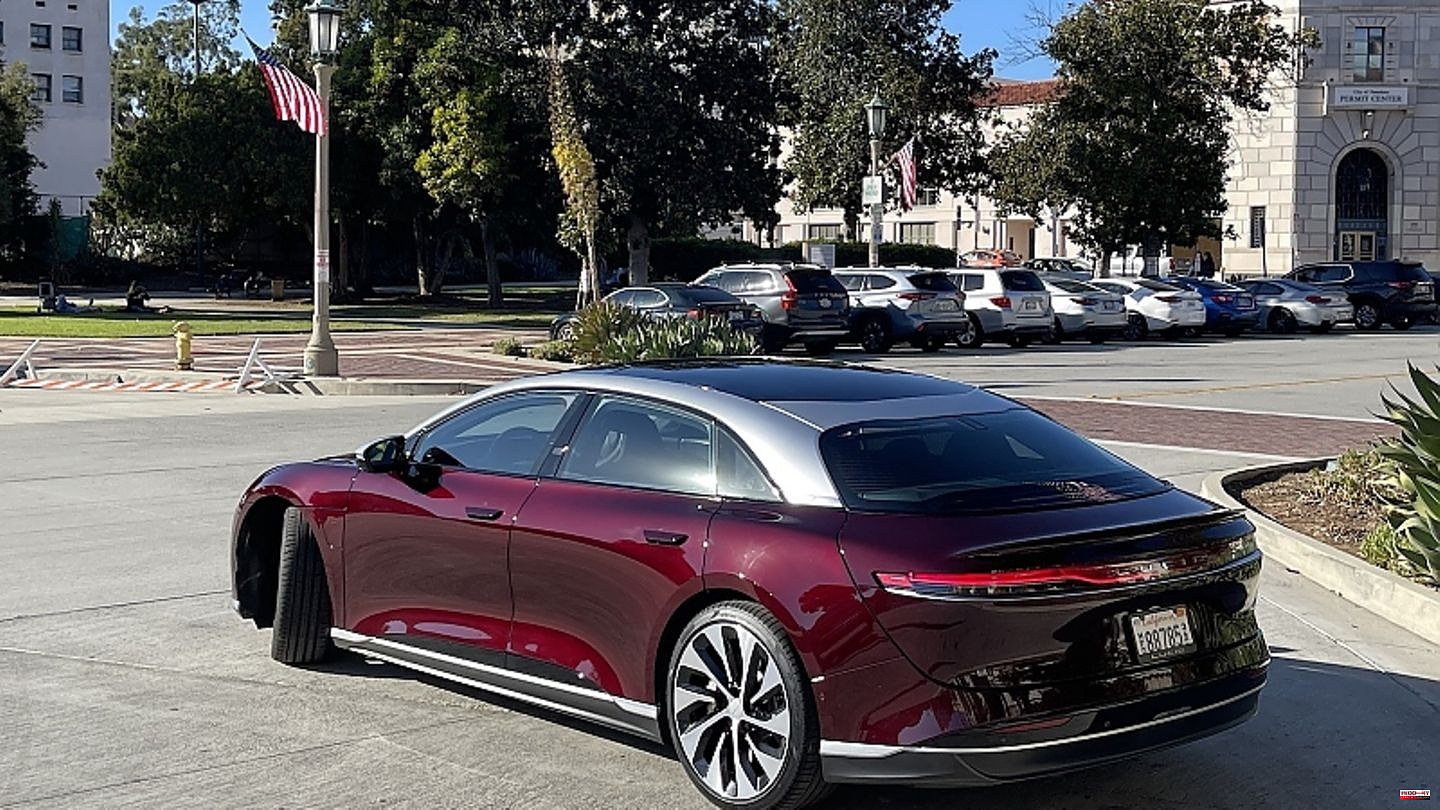 The design of this UFO on four wheels is a real show - no question about it. The exterior design of the Lucid Air is even more impressive, even more elegant and even more sophisticated than the electric sedans from Byton or Farraday Future. At first glance at the 4.98 meter long luxury sedan, it becomes clear: here comes the automotive future - of course electric and cooler than ever . One thing is also certain: the pleasure of driving a Lucid Air in German traffic, for example, will not be cheap. The order list for the particularly exclusive Dream Edition with full equipment in particularly elegant color combinations has long been closed.

Each of the vehicles cost 218,000 euros, and the customer could decide whether the Lucid Air GT Dream Edition should be particularly sporty with 1,111 hp or 933 hp with a range of up to 900 kilometers. "The range is essential for us," explains chief designer Derek Jenkins, "we paid attention to that in the design and so the Lucid Air ultimately achieves a drag coefficient of 0.21." With its 900-volt architecture, it should be less It takes more than 20 minutes before the 113 kWh battery pack has been recharged for more than 400 kilometers. So that the luxurious Lucid Air can refuel as quickly as possible at all charging points, a so-called miracle box ensures a maximum speed of 300 kW – in both directions if desired.

But there is also a cheaper option and even if the European price of the mid-range equipment variant is still a long way off, no bargain is to be expected here either. The Grand Touring version has 597 kW / 812 hp, has a range of almost 850 kilometers to the next charging stop and costs around 150,000 dollars in the US home market. The entry-level model with its 480 hp electric motors on the front and rear axles should also cover 650 kilometers. It is questionable whether this will cost less than $ 80,000, as it does in the USA. With a length of 4.98 meters, the Air is on par with a Mercedes EQE, the Audi A6 or a BMW 5 Series - but with a wheelbase of 2.96 meters it offers as much space inside as a Mercedes S-Class. Lucid itself is headquartered on Newark, not far from Tesla manufacturing in Fremont in the Bay Area. The electric sedan, like the electric SUV that will follow next year, will be manufactured around an hour south of Phoenix / Arizona. More than 30,000 vehicles are currently pre-ordered and paid for.

Plenty of space awaits you inside, fine leather and air-conditioned front seats covered with black leather. The no less comfortable seats in the rear are covered with brown animal skins. Its themed worlds are particularly important to Lucid and every driver can see them when boarding. On the door sill are the coordinates of the places they were named after - for example: Santa Monica. You have to come up with this idea first. Apart from the missing head-up display, the instruments are reminiscent of the Porsche Taycan. The round clocks arranged in a 34-inch horizontal crescent look almost as great as the upright touch display in the center console, which moves away into the invisible space when you touch the lower edge and reveals large shelves underneath. Chic and always practically solved. The rest of the functions run by voice or rotary controls on the reduced steering wheel. The space is good in the front and rear. The situation is different for the hair dryer, because the headroom is manageable due to the low roof line and the battery pack in the underbody. The windscreen merges seamlessly into the panorama roof. He can make an impression, the Lucid. Especially inside. The rear trunk is almost 650 liters in size due to the flat design. However, the frunk under the front hood with another 280 liters is impressive and can also be operated electrically.

The thrust of the 597 kW / 812 hp Lucid Air Grand Touring is enormous despite the weight of almost 2.4 tons thanks to the 1,200 Nm maximum torque. From a standing start, it accelerates to 100 km/h in around three seconds and is only over at 270 km/h. Even more powerful variants can do even more. The numbers on the digital speedometer just race by as you head onto the freeway and the Lucid Air pushes you along comfortably and violently. Thanks to the standard all-wheel drive, the American puts its lavish performance on the road just as skilfully as it does silently. The tuning of the comfortable chassis and especially the brakes from maximum recuperation to the engaging brake discs fits well. Here the Lucid Air GT is better than many others. The steering, on the other hand, is not convincing, because the electric support looks wooden and not very delicate when steering. Little can be felt of the roadway and its surface. This is also due to the adaptive air suspension, which devours most of the bumps, even with the 21-inch wheels.

Inside, the Air offers plenty of luxury and a touch of Scandinavian simplicity - leather, wood and, on special request, also soft wool on the door panels - everything feels good and looks great. Here and there, however, there are flaws in the processing - unacceptable for a vehicle in the 150,000 euro league. The seats are as comfortable as cozy armchairs - there is still lateral support - and plenty of long-distance comfort. In contrast to the Mercedes EQS, the side and rear windows can also be shaded at the touch of a button. It's even more annoying that the panorama roof, which is subject to a surcharge and, depending on the model variant, also stretches far over the heads of the front occupants, cannot be covered electrically. The European prices won't be long in coming and the three versions Air Pure, Air Touring and Air Grand Touring can be pre-ordered anyway for a fee of 300 to 900 euros.

1 Advent 2022: The perfect Christmas market outfit 2 Alex Scott: BBC pundit wears "One Love"... 3 Space: Europe and space: Esa wants to land on Mars... 4 British economic crisis: "Brexit is back":... 5 Hate speech out of Germany: Kremlin propagandist Julia... 6 Up to 70% off: Black Friday Week: These are the best... 7 Custom: The Munich Christmas market and the smell... 8 What happened on...: Calendar sheet 2022: November... 9 Pandemic: After the corona outbreak: charges against... 10 Football World Cup Qatar, Day 2: England dispatches... 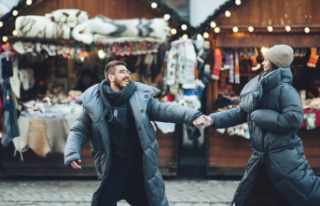