Co-favorite England defied the hype about the symbolic colorful captain's armband and set the first sporting exclamation mark in Qatar with the highest opening World Cup win in their history. 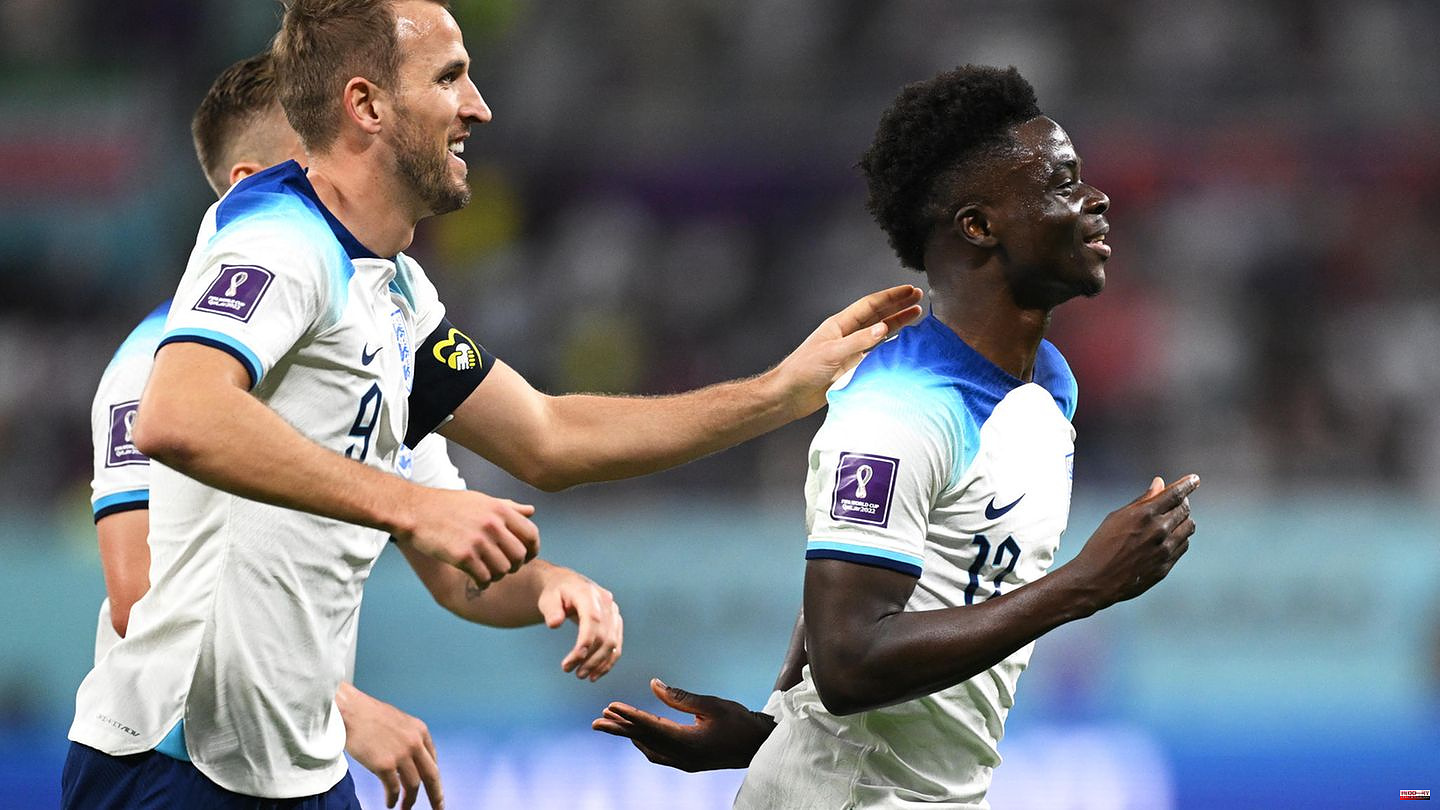 Co-favorite England defied the hype about the symbolic colorful captain's armband and set the first sporting exclamation mark in Qatar with the highest opening World Cup win in their history. The team around goalscorer Jude Bellingham, where captain Harry Kane did not have the "One Love" armband for diversity on his arm after the announced sanctions by Fifa, won 6: 2 (3: 0) against in Al-Rajjan on Monday the overwhelmed outsider Iran and thus impressively demonstrated his ambitions for the title.

In front of 45,334 spectators, some of whom were late to the stadium due to problems with the ticketing app, Bellingham (35th minute) scored the opening goal for head coach Gareth Southgate's team. Wingers Bukayo Saka (43'/62'), Raheem Sterling (45', 1'), Marcus Rashford (71') and Jack Grealish (90') added more goals. For England it was the first win since March, in the summer there was not a single success in six Nations League games. More than two goals by Mehdi Taremi (65th/90th 13/penalty) were not possible for Iran.

Even before kick-off at the Khalifa International Stadium, which also hosted the 2019 World Athletics Championships, the game was highly political and symbolic. England captain Kane did not wear the armband because FIFA threatened to sanction the campaign by several European associations with yellow cards and other penalties as a sign of diversity. A week ago, the FA association announced that it would also accept penalties for the diversity sign. Now those responsible emphasized that they did not want to get the players on the pitch in trouble.

The signs of the outsider were all the more visible - albeit in a completely different matter. Some Iranian fans showed their solidarity with the protests at home by wearing shirts that read "Women, Life, Freedom". For weeks, Iran has been rocked by the worst protests in decades. The death of a young woman in police custody had triggered this, and the security apparatus reacted with harshness. The Iranian players were silent during the anthem, the fans made additional noise - that is also understood as a protest.

The sport and thus the first appearance of Vice European Champion England moved to the edge of attention for long stretches. This was also the case after about ten minutes when Iran goalkeeper Ali Beiranvand was down after a violent collision with a team-mate and had to be treated. The doctors swapped the blood-smeared jersey and tried to get Beiranvand fit to play again, but that didn't work. After an interruption of about ten minutes, the goalkeeper then left the field.

In England's coherent offensive actions, defender Harry Maguire was surprisingly often involved. First he was brought down in the penalty area without consequences, then he hit the side netting and headed the bar one after the other. Bellingham then provided relief, who placed a well-placed cross from Luke Shaw and deliberately headed into the far post. It was a tailor-made World Cup debut for the BVB professional, he scored his first international goal ever and at the age of 19 is now England's second youngest World Cup goalscorer behind Michael Owen.

The wingers Saka and Sterling in particular made a good pace for the Southgate team and had numerous strong actions. So the other goals in the first half, in which there was a bizarre stoppage time of 14 minutes, were only logical. For the second goal, Maguire put his head and eye on Saka, who finished precisely and powerfully. Just two minutes later, Sterling, who was properly served by Captain Kane, followed up. The game was decided at halftime, in the second 45 minutes it was all about the amount of the English opening success. Saka was served well again, moved in from the right and pushed in to make it 4-0.

Then the outsider was allowed to cheer. FC Porto's top striker Taremi scored the second before Rashford, who had just come on as a substitute, made his first move for the English side. At this point, defender Maguire had already been replaced injured. Joker Grealish also scored, and Taremi's penalty made it 2-6.

1 Most expensive World Cup ever: The world visiting... 2 TV soaps: This is what happens in the soaps today 3 Germany's best-known dog trainer: Martin Rütter:... 4 Diet : A man suffers from unbearable abdominal cramps.... 5 gateway to the soul? : What the eyes really reveal... 6 Cold on the head?: Winter hats: Five trends and popular... 7 Study Reveals: Sex or Optics? Success or Loyalty?... 8 8 (gift) ideas: Children discover the world with this... 9 Empty bathrooms: Wellness on the back burner: How... 10 Ex-Soviet republic: donor conference promises further... 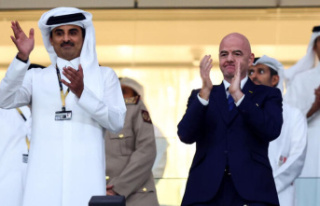 Most expensive World Cup ever: The world visiting...