The fourteenth stage closes with the victory of Simon Philip Yates (BikeExchange-Jayco), one of the most exciting stages of this Giro d'Italia, a climb that gave a demonstration of remarkable effort and sacrifice. 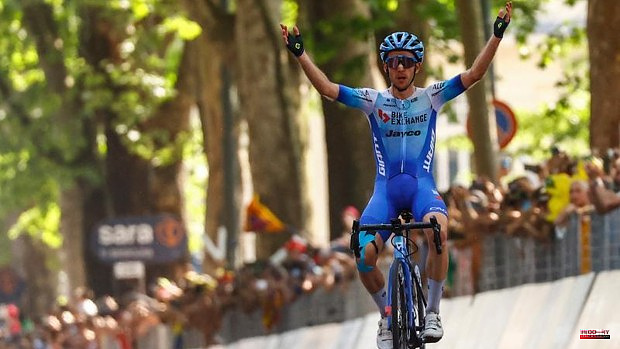 The fourteenth stage closes with the victory of Simon Philip Yates (BikeExchange-Jayco), one of the most exciting stages of this Giro d'Italia, a climb that gave a demonstration of remarkable effort and sacrifice. The British cyclist excelled and won the final victory, the 28th of his career. The podium was completed with the arrival of Jai Hidley and Richard Carapaz.

The race began with the news of Giacomo Nizzolo's retirement due to physical problems. The second, and most important retirement from the competition on this day, was that of the Dutch rider Tom Dumoulin, winner of the 2017 Giro edition.

The stage began with an attack by Van der Poel that did not last long as the group compacted and recovered the 20-second deficit that the Dutchman had created.

In the first part, the heat tested the strength of the cyclists who began to separate. A group of 12 runners, including Carapaz, took the opportunity to escape and the leader, Juanpe López, is the one who suffered the consequences, unable to keep up with the pace set by the Ecuadorian.

With 65 kilometers to go, the group of riders, led by Wilco Kelderman, managed to join the 'pink jersey', which also benefited from the recovery of the peloton and was among the first, retaining its leadership status. Meanwhile, the disintegration created another group, further away, and led by Alejandro Valverde, who traveled almost 4 minutes late.

40 kilometers from the finish line, the group of 12 leading runners continued their breakaway and the young Spaniard stood out, despite the difficulty of the stage, showing strength and talent to win the top of the classification so far.

As the Superga climb began, the unexpected happened: breakaway leader Kelderman pulled away, taking several more riders with him. Among them, Vincenzo Nibali, the 'shark', who attempted the attack, but Carapaz, Hindley and Juanpe López kept the same pace, thus preventing the Italian climber from escaping. After moments of tension, the Ecuadorian decided to give the stage a blow. At the end of the climb, he started the breakaway with the first ten who dominated the race. In these phases Juanpe López did not manage to have the same pace as his rival.

The Spanish could not react to this explosion of Carapaz. Everyone struggled to chase after the leader, until Vincenzo Nibali's pride allowed him to speed up and join Hindley within 15 seconds of the lead. Along with these was also added the British yachts. Pozzovivo and Almeida were 14 seconds behind.

The last kilometers were a roller coaster, with a fight to six, with Almeida and Pozzovivo, who returned to the leading group. Simon Philip Yates overtook everyone with an unexpected breakaway with three kilometers to go and managed to finish solo, winning a tough stage.

Richard Carapaz becomes the new leader of the general classification, with an advantage of 7 seconds over Hindley and 30 seconds over the Portuguese Almeida. Juanpe López was 4 minutes behind the winner and lost, after nine consecutive days, the 'pink jersey'. Despite various efforts he was not able to fight in the final part of this race and in the first of the series of climbs that will take place between now and the end of the Giro, he finished in ninth position.

1 Carlos Sainz and Fernando Alonso fade against Leclerc 2 Spain relaxes entry rules for unvaccinated tourists 3 Top 14: impressive against Lyon, Bordeaux-Bègles... 4 F1: Charles Leclerc ahead in Spain 5 “The island of love”: more faithful to the post... 6 The Board recognizes the 21 Vocational Training students... 7 Mirotic and Sanli leave Barça third 8 Carapaz takes the pink jersey of 'Juampe'... 9 Russia publishes list of 963 Americans banned from... 10 Legislative: how the “reserve period” will weigh... 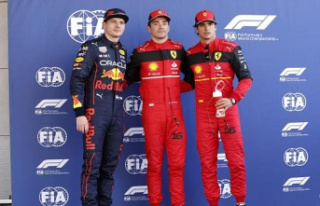