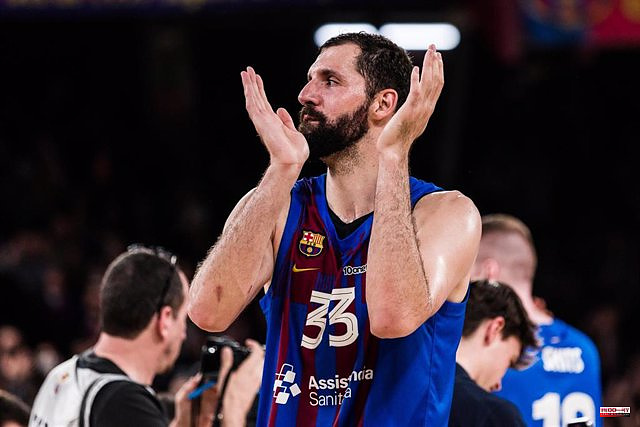 Barça closed their participation in the 'Final Four' in Belgrade with a bitter victory that gave them third place after beating Olympiacos (84-74) thanks -largely- to the success of Nikola Mirotic, MVP of the season, and by Sertaç Sanli, authors of 19 and 16 points, respectively.

Sarunas Jasikevicius's team recovered remarkably from the tantarantán suffered last Thursday against Real Madrid. They lost the only Clásico they shouldn't lose this campaign, the one that gave them access to the final for the continental title. This Saturday, with the difficulty of playing knowing that it was not the biggest prize, the Catalans showed their faces.

The Greek superiority in the Stark Arena was never translated on the court, especially when the Blaugrana stepped on the accelerator and made their best basketball work. Up to 13 assists were distributed by Nick Calathes in what was quite a clinic that helped Barça to go -little by little- building the victory against Georgios Bartzokas's men.

At the break, Barcelona won by 7, an advantage that did not offer too many guarantees for the second half, especially due to the pace of the match. Against Real Madrid they wasted 13 rental units, but this Saturday it was not like that. Despite the efforts of Sasha Vezenkov (20 points), the Catalans withstood the worst moment and brought out their efficiency in the decisive part.

In addition to Mirotic and Sanli, a sensational Cory Higgins joined the team, who ended up giving the finishing touch to the Hellenic team, although it was never completely - or at least that feeling the Catalans had. The third quarter ended in favor of an Olympicos (17-18) who wanted to die killing and could not. In the final act, Barça trusted their best man to take third place in their pocket.

Mirotic sentenced a game that ended with nice gestures of sportsmanship between the Blaugrana players and the Olympiacos fans, which was the largest and loudest of this 'Final Four' that will not go down in history for FC Barcelona.

1 Carapaz takes the pink jersey of 'Juampe'... 2 Russia publishes list of 963 Americans banned from... 3 Legislative: how the “reserve period” will weigh... 4 World Hockey Championship: Canada stumbles against... 5 "Mbappé prefers the wallet" ... the Spanish... 6 They search by sea and air for a missing minor on... 7 The Board is again condemned to compensate CCOO for... 8 Miguel Fernández Vasco, sixth in the Finn World Cup 9 Victor Lopez and Luca Rosa, leaders of the San Isidro... 10 Mass demonstration against Peter Lim 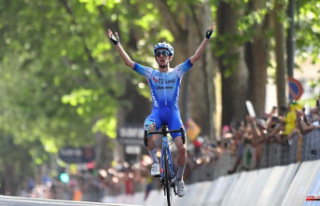