Wüst triumph in NRW: Black and green is coming - isn't it? 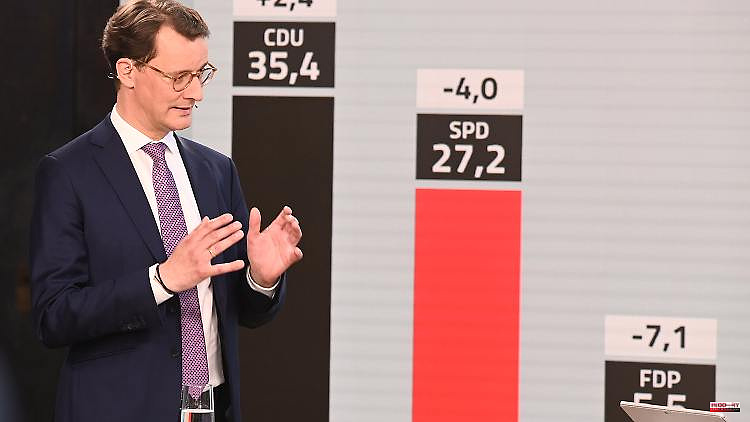 Prime Minister Wüst's CDU won the state elections in North Rhine-Westphalia surprisingly clearly. Although it is no longer enough for black and yellow, an alliance with the Greens would be possible. There are also alternatives, but they would be difficult to convey.

Head-to-head races - the state elections in North Rhine-Westphalia ended with a surprisingly clear result. Prime Minister Hendrik Wüst's CDU won the election easily ahead of the SPD, with a lead of around seven percent. "That is the very clear task of forming and leading a government," he said at the election party in Düsseldorf. SPD top candidate Thomas Kutschaty does not want to give up this claim either. He congratulated the CDU and said that they should now hold the first talks. But he is sticking to the goal of perhaps forming a red-green or traffic light coalition after all - despite the worst SPD result in NRW ever.

But now Wüst and the Union are on the trigger. An alliance of the CDU and the Greens would now be obvious. They have almost tripled their result from 2017 and are celebrating the best result in NRW of all time, which the party also achieved a week ago in Schleswig-Holstein. They increased in double digits and gained more than 18 percent. The CDU and the Greens would have an extremely comfortable majority. But in the evening, top candidate Mona Neubaur held back with coalition commitments. She and other Green politicians avoided such questions. The question now is whether the content is sufficient for a collaboration. Wüst, Neubaur and their negotiators will explore this in the coming weeks.

The FDP, on the other hand, is hanging their heads. It was to be expected that it would no longer be enough for black and yellow - but in the end the party has to tremble as to whether it can even make it back into the state parliament, that's a shock. A minus of seven and a half percent is devastating. "It's a very sad evening," said federal chairman Christian Lindner. "Cheer up, Free Democrats win together, Free Democrats also lose together." However, Lindner himself must have been sorely missed in NRW. Because five years ago he was still the driving force that led the party to 12.6 percent. His successor Joachim Stamp, the previous family minister, remained pale and was unknown to many voters. Voters flocked to the CDU to ensure the leadership of a middle-class party in state government.

The weak performance of the FDP almost became an own goal for the CDU. If the Free Democrats had been kicked out of the state parliament, it would have been enough for red-green. But the CDU will probably be spared this nightmare. But there is one more: a traffic light coalition. They would easily have a majority in the Düsseldorf state parliament. This option should be welcome by the Greens because it can be used to threaten the CDU - but this variant is not likely for the time being. Although the FDP had not ruled out a traffic light before the election, it would hardly be understandable if the two big election losers, SPD and FDP, ended up in government.

The Greens have no such worries. You can relax and enjoy the election night beer on the Rhine meadows. They have achieved the greatest gains and are the big winners alongside Wüst and the CDU. In the upcoming exploratory talks and negotiations, they have a good chance of achieving many of their goals. Because for the CDU, the Greens are the only real coalition option. The only alternative left is a grand coalition with the SPD. Although this is no longer quite as impossible as it used to be, it is the very last option for everyone involved. You would probably only start thinking about it if there were to be new elections otherwise.

When the cameras are off, Hendrik Wüst is also allowed to let loose. The CDU politician, who was still aggressive when he was young, always shows himself to be stately and humble, but is now allowed to clench his fist in victory. What he has achieved is remarkable: last autumn he took over from Armin Laschet, who had led the Union to its worst result in the federal elections. In a few months, Wüst managed to embody the office and win the trust of the people in the West. This was not only because he was able to advertise with falling crime, job growth and newly hired teachers. In a time of crisis like this, it proved to be the right thing to campaign for secure jobs. Wüst's down-to-earth manner, his appearance as a caretaker, should also have arrived.

His challenger Thomas Kutschaty had to admit in the evening that he had missed the goal of becoming the strongest force. And how. He almost clung to having achieved the election goal of black and yellow being voted out. But he also has to take his party's losses on his own. He never developed much traction and struggled with low notoriety - although he was Minister of Justice for a long time. He also tried to compensate with the help of Olaf Scholz, who visited him several times in North Rhine-Westphalia. But even the chancellor brought no boost. The result is clear - Kuchaty lost to Wüst. If he does end up becoming prime minister, then only if there is no agreement between the CDU and the Greens. And even then there would be a stale aftertaste.

The question remains whether this was even a state election. Perhaps more than ever before, the sentence that NRW was a "small federal election" was true here. The war in Ukraine and its consequences - energy dependency, refugees and inflation - dominated the election campaign like no other topic. That should have made the great success of the Greens possible in the first place. And that will also have been noticed in Berlin. In the Konrad-Adenauer-Haus - and in the Chancellery. 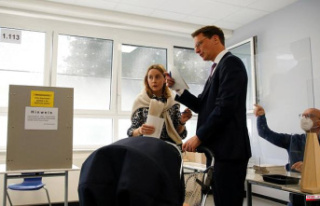