During the past days of Fenavin, held in Ciudad Real on May 11, 12 and 13, the Manchego poet Pedro A. 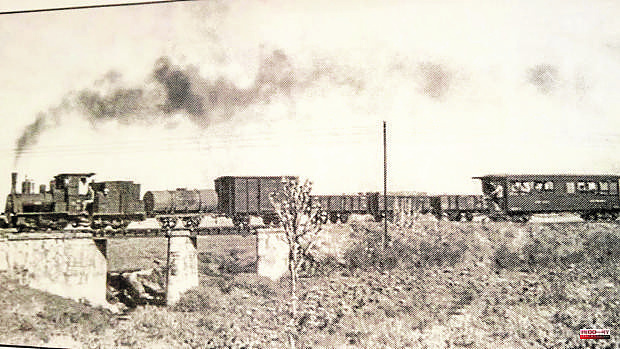 During the past days of Fenavin, held in Ciudad Real on May 11, 12 and 13, the Manchego poet Pedro A. González Moreno presented a paper entitled 'Wine tourism route of the trenillo'. In it, accompanied by much photographic material, he evoked the places where the old narrow-gauge railway ran along the Campo de Calatrava from 1893 to 1963.

That 76-kilometre route between Valdepeñas and Puertollano also crossed the towns of Argamasilla, Aldea del Rey, Calzada, Granátula and Moral, and of its route only a few dilapidated stations, huts and bridges remain standing. However, it is an itinerary that today has many possibilities to practice wine tourism, due to the quantity and quality of wineries and wines that it offers; but also, along the route, you can enjoy its landscape diversity, a geological singularity that is reflected in the numerous and spectacular volcanoes, and an increasingly valued heritage and cultural wealth.

The project for that little train, which transported passengers and merchandise, was carried out by the Basque businessman Pedro Ortiz de Zárate, owner of the Montanchuelos estate, and his project, in the long run, ended up being ruinous.

Those who knew him say that that train moved very slowly, and despite everything it derailed with some frequency due to the precariousness with which some sections of its construction had been resolved. But for almost a century he fulfilled his mission very decorously, which was to establish commercial and human links between the towns along his route.

As the author explained during the presentation, “its rails traced a large metal rack through Campo de Calatrava that opened a dream of prosperity and progress among the towns it passed through. That railway line acted as a border between two worlds, or was a kind of dividing line between two eras: one, which came from a dark and difficult past, which came from the remote times of industrialization and crossed, with blows of coal, the hardest years of the Franco regime: a time when everything moved slowly, where the air had the smell of charcoal, grilled picón, bollisca smoke… And another world that, at the beginning of the 60s, was already dawning and beginning to move faster, driven by other fuels such as gasoline and by other more favorable and dynamic winds, which were those of developmentalism and progress».

1 The US removes ETA from its 'black list'... 2 "Cheer up, it goes on": Bohlen defends the... 3 NATO will provide military support to Finland and... 4 European Cup: "We end up with an empty tank",... 5 "At least until 2024": The end of the chip... 6 More NATO 7 The Capitals were banged up 8 Visit to Madrid: Spain's king wants to meet controversial... 9 The writer François Blais is no longer 10 Narrow entry into NRW: election losses exacerbate... 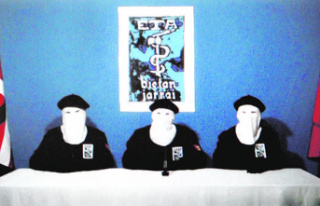