"At least until 2024": The end of the chip crisis is a long time coming

There is still not much evidence of the billions invested in countering the chip bottlenecks. 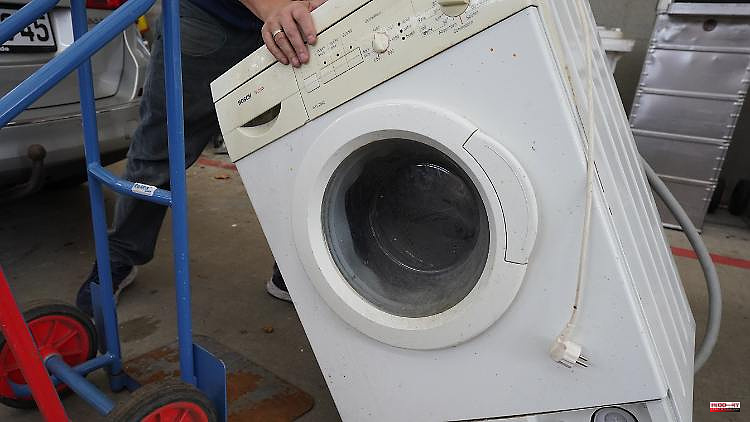 There is still not much evidence of the billions invested in countering the chip bottlenecks. For some manufacturers, the shortage is said to be so serious that they cannibalize washing machines for semiconductors. The Russian attacks on the Mariupol steel mill aren't exactly contributing to the recovery either.

With the chip bottlenecks in the Corona crisis, months of waiting for washing machines and cars became just as normal as the futile search for new Playstation consoles. How long will this go on? Some experts are cautiously optimistic: Industry analyst Alan Priestley from the IT market researcher Gartner can imagine that overcapacities will occur again in the coming year. At the chip group Intel, however, company boss Pat Gelsinger warns that problems with production capacity and the availability of necessary machines are likely to last at least until 2024.

Expert Priestley is counting on the large-scale expansion of production soon bearing fruit. The industry has been investing in new factories since the first signs of bottlenecks at the beginning of the corona pandemic. "So we'll probably have overcapacity in 2023 or 2024," he predicted. At least until the increasing demand eats them up.

This interplay is in itself typical for the chip industry, stressed Priestley. "As soon as demand and supply are in balance, investments are made to have capacity for the next surge in demand." However, the current chip crisis was so severe because not enough was invested in expansion in some areas - and at the same time demand skyrocketed with the increased work and learning in the corona pandemic.

It makes everything even more complex that there is not just one semiconductor industry. Different chips are required for different tasks - and for these there are different production processes that cannot be arbitrarily interchanged. An important feature is the so-called structure width - roughly speaking, how finely the circuits are worked. The narrower the structure widths in modern production processes, the more powerful and efficient the processors are. Older production processes are sufficient for something like a transformer or other simple tasks - which are also less lucrative, so that the capacities for them had leveled off at a low level.

And then came the Corona boom. It was often the lack of a few simple components that prevented cars or computers from being completed. In addition, chip factories not only cost billions and have to be built over years - they are also not necessarily flexible. "If I build a factory for chips with a structure width of seven nanometers, I cannot easily convert them to five nanometers," says Priestley.

It is also not as easy as in other areas to let production rest. That's why companies have to plan their expansion decisions with particular foresight - and new capacities in one area are not necessarily helpful for other parts of the industry.

Another bottleneck are machines for chip production. With super-narrow structure widths, the only way forward is with UV lithography - and the European manufacturer ASML is practically the only supplier for this. He is accordingly fully booked. Stories of desperate measures are doing the rounds in the industry.

At the presentation of the latest quarterly figures, ASML boss Peter Wennink spoke of his conversation with the management of a "very large industrial group", whose name he kept to himself. "They actually told me they buy washing machines to rip out semiconductors and put them in industrial modules." One could of course say that this was just an anecdote, Wennink admitted. "But that happens everywhere."

Another problem for the industry came with the war in Ukraine. The lasers of the lithography machines require neon in addition to other gases. And that's a common byproduct of steelmaking. The huge Azovstal steelworks in Mariupol, which has been shelled and bombed by Russian troops in their war of aggression against Ukraine for weeks, was an important supplier of neon. The loss of shipments from Ukraine, while disruptive, will be something the industry will have to digest, Priestley said. "There are also other sources" - including the large steel mills in South Korea.

1 More NATO 2 The Capitals were banged up 3 Visit to Madrid: Spain's king wants to meet controversial... 4 The writer François Blais is no longer 5 Narrow entry into NRW: election losses exacerbate... 6 The day of the war at a glance: Kyiv reports Russian... 7 0-1: Albacete loses against Nástic at the end and... 8 1-2: And Socuéllamos achieved what seemed impossible:... 9 Party at the Town Hall: honors to our patron saint,... 10 Bilbao Athletic takes another step towards salvation 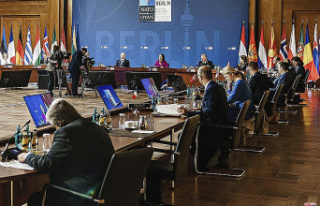