Zilke's antlers tower above the snowy rooftops of Stockholm. 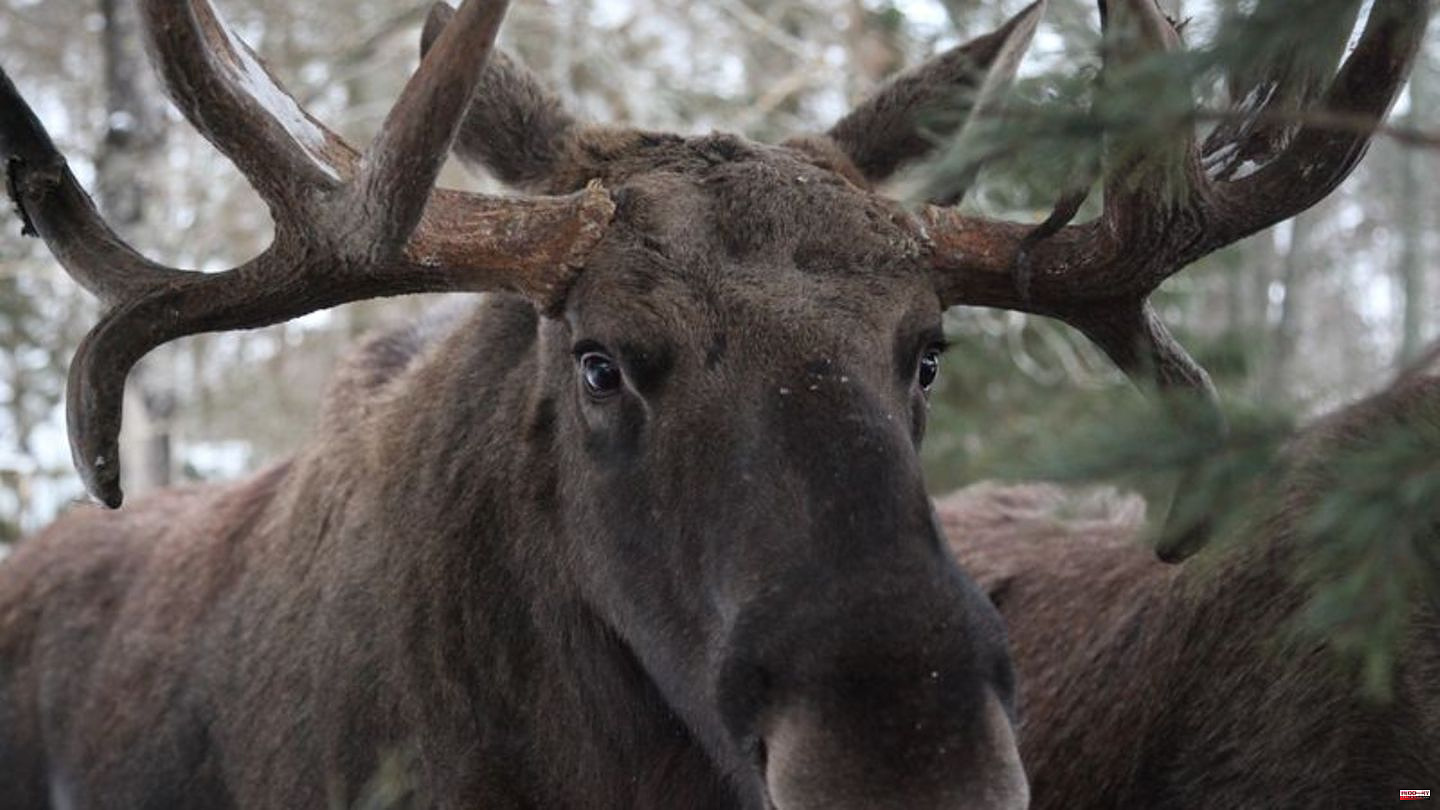 Zilke's antlers tower above the snowy rooftops of Stockholm. Älvira lies between pine branches in the snow. The bull moose and the cow moose live in the Skansen open-air museum, which offers a stunning view of the snowy Swedish capital. The moose feel particularly comfortable in the frosty winter temperatures.

But the temperatures are rising. Climate change does not stop at Scandinavia, which tends to be cool. According to the meteorological authority SMHI, it has been almost two degrees warmer in Sweden since the end of the 19th century. This also has consequences for the moose, which in Germany is associated with Sweden, such as Pippi Longstocking, Abba and Ikea.

Unlike their peers in the wild, three-year-old Zilke and one year younger Älvira in Skansen live more sheltered, without enemies and jealousy about food - but nobody can protect them from the climate crisis that easily. "In Sweden we have seen effects on the moose population," says her keeper Victor. Summer heat waves in particular, which the south of the country has seen several times in recent years, are not good for the animals.

Moose, on the other hand, like the cold. According to Anders Nilsson from the Swedish Hunting Association, it is crucial for the animals. When Nilsson steps outside his office in the rural wildlife park Öster Malma, about 70 kilometers south-west of Stockholm, the snow is up to his ankles. The low temperatures create good conditions for the five moose that make their home here. In winter they don't like it warmer than five degrees, in summer it shouldn't be more than 15 degrees, says Nilsson. In the warmer south of Sweden, the animals could have a harder time with rising temperatures in the future.

According to wildlife researcher Hendrik Bluhm, climate change is also affecting the quality of the forage available to moose. The vegetation period is shifting and no longer matches the birth time of the elk calves so well, says the researcher from the Institute of Geography at Humboldt University in Berlin. If the mothers actually need feed with the best energy, the plants are no longer quite as fresh and nutrient-rich.

One consequence: especially in the south of Sweden, the calves weigh less, as Nilsson reports. Even the adult animals, which can weigh up to half a ton, would no longer be that big. "If they lose body weight, they tend to be less fertile, and of course that's a problem in the long run," says the Swede. A young, healthy moose cow usually gives birth to a calf when she is two and a half years old. If her health is deteriorating, this could only be the case when she is four or five years old.

There are also fewer animals in numbers

According to wildlife researcher Fredrik Widemo, not only the size of the young, but also their numbers are decreasing across Sweden. This can be attributed, at least in part, to the consequences of climate change. Something similar has already happened in other regions of the world: in southern parts of the North American distribution area, there are no longer any moose because of the climate crisis, says the researcher from the Swedish University of Agricultural Sciences. "It is likely that this will also be the case in southern Sweden if we do not succeed in reversing the current trend."

But how can this development be reversed - in addition to more determined climate protection? For example, Widemo suggests planting more plants, such as blueberry bushes and pine trees, to give moose easier access to food. His German colleague Bluhm argues that during hot and dry periods areas that create cooling such as wetlands, lakes and dense forests are important. Time will show "whether there is an absolute hard limit where it no longer works, or whether there are certain things that are not optimal now, but which the adaptable animals can continue to participate and endure".

The moose is picky in some respects. Animal keeper Victor also sees this during the daily feeding. In the Skansen open-air museum, the moose are fed with pine bark in winter. "As a treat, they prefer blueberry bushes," says Victor. The animals are not very willing to experiment.

According to zoo director Tomas Frisk, the open-air museum Skansen has 1.4 million visitors a year. Half come from abroad. Of these, tourists from Germany made up the largest group. Foreign visitors are particularly interested in the reindeer and moose, says Frisk. And at the moment there are still many of them to be seen in the wild in Sweden: According to the hunting association, between 240,000 and 360,000 moose live in the country in summer.

According to Nilsson, the climate crisis and its impact on animals could also affect tourism: "In the distant future, as a German, you might have to drive further north to see a moose." According to wildlife researcher Bluhm, the population in southern Sweden could shrink. The reason: If higher temperatures and extreme events such as droughts or heat waves become the rule rather than the exception, the range of mooses within the country could decrease.

Animal keeper Victor worries that one day there may be no more mooses in southern Sweden. However, he currently sees a glimmer of hope with Zilke and Älvira: he suspects that the pair of moose will have offspring. In the spring, Skansen could perhaps be richer by a little moose calf. 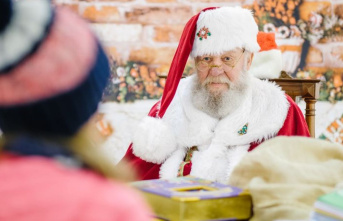