Why have the Filipinos elected a

Can you imagine the Spanish electing a son of Francisco Franco as president? Imelda Marcos, the "iron butterfly", widow of the dictator Ferdinand Marcos has achieved it. 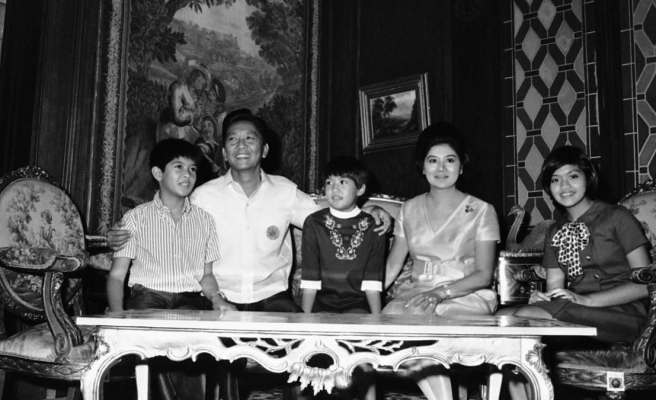 Can you imagine the Spanish electing a son of Francisco Franco as president? Imelda Marcos, the "iron butterfly", widow of the dictator Ferdinand Marcos has achieved it. From spoiled and capricious playboy, Imelda's right eye, "Bongbong" Marcos, 64, has become president-elect of the Philippines with 56 percent of the vote. He returns to the Malacañang Palace, seat of the presidency, from which he left with his parents by helicopter in 1986, heading for exile, leaving behind two thousand pairs of Imelda's shoes, a symbol of corruption and waste of twenty years of “marital dictatorship”, in a country where many people live and die barefoot.

The Philippines has confirmed its uniqueness. Four hundred years of convent and forty years of Hollywood, it was said as an explanation of an exceptional idiosyncrasy in Asia (the only Catholic country on the continent, due to Spanish colonization). The Spanish, defeated in 1898, were followed by the modernizing tutelage of the US until the middle of the 20th century. At the beginning of the 1960s, the Philippines seemed to have a splendid future: a democratic system – like Japan's, imposed by the US – and exceptional natural resources, the origin of an incipient industry. The years when the Philippines was the second economy and the first tourist destination in Asia…

“Build, build, build” or build, build, build, has been the motto of the successful presidential campaign of Ferdinand Marcos jr., who has benefited from nostalgia for the years of spectacular economic growth of his father at the beginning of his presidency (1965-1986). The sentimental factor -few peoples are so clearly as the Filipinos- and the complexity of governing a country with 7,000 islands help to understand this indisputable victory at the polls. "The idea of ​​strongman rule is again very popular, even among young people," Joshua Kurlantzick, a Southeast Asia analyst at the Council on Foreign Relations, observes for Reuters.

Filipinos have a very powerful concept of the family, the essential organization in a state weakened by corruption and with no hint of a welfare state. Is there a more united family than the Marcoses? Ferdinand Marcos devoured his legacy for greed and looting of the treasury with the placet of Washington, thanks to his anti-communism -years of war in Vietnam and fear of the domino theory- and a blank check for military bases . Why has a son of the dictator, who died in exile in Hawaii, come back with a bang? Perhaps because her mother, Imelda, sang well, she knew how to mingle with the poor and at the same time she led a lavish life, a jet-set life, that she admired those same underprivileged. Imelda Marcos appeared in "Hello", entertained Hollywood stars and was a populist first lady of a dreamy country.

Since the fall of the Marcos in 1986, the Philippines has always voted for the strong men, perhaps a Spanish heritage, especially when President Cory Aquino - who succeeded the Marcos - missed the current of change and was perceived as weak. Her successors sinned with corruption but without the material progress associated with the beginning of the Marcos era. And let's not forget that it is a macho society, prone to figures that transmit authority and hierarchy. During these years, with the money they stole, the Marcoses have reinforced their "philanthropy" and an apparent simplicity that has made them forget what pushed them into exile. 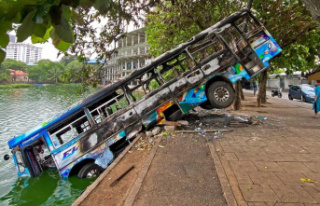 The violence unleashed in Sri Lanka causes the resignation...