The Russian attack on Ukraine, which Vladimir Putin presented again yesterday in Moscow at the Victory Day parade as a supposed continuation of the fight against Nazism, has shaken the shared historical memory of the Second World War that Germany had woven with Russia in recent decades. 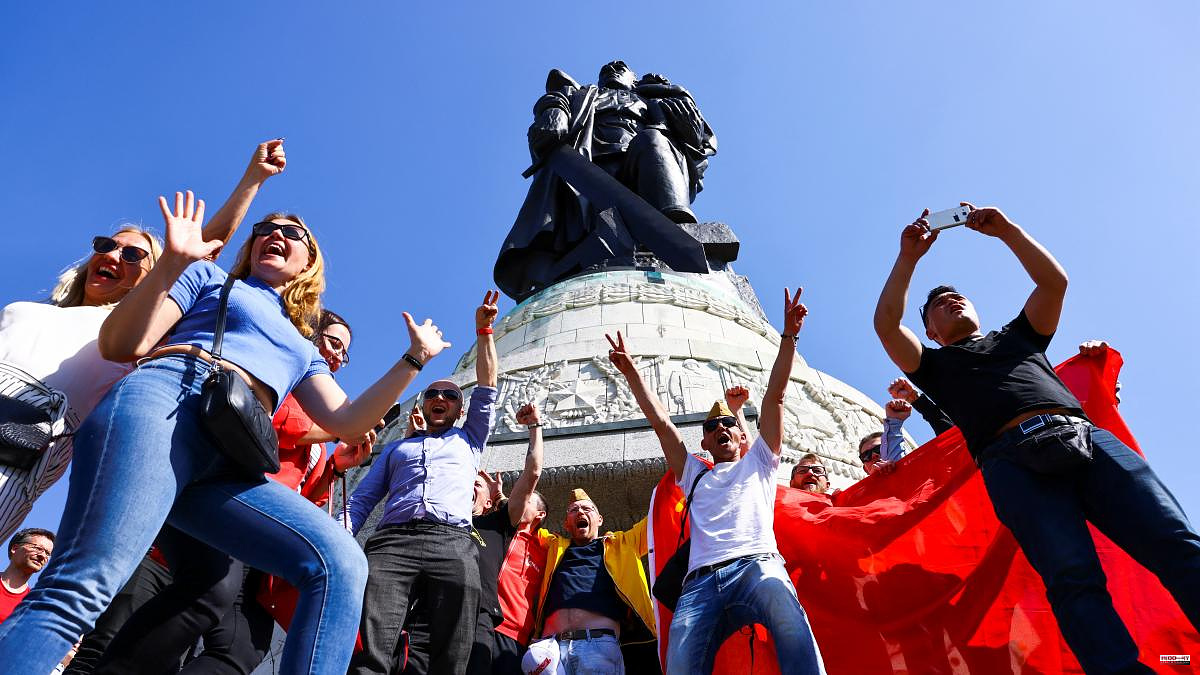 The Russian attack on Ukraine, which Vladimir Putin presented again yesterday in Moscow at the Victory Day parade as a supposed continuation of the fight against Nazism, has shaken the shared historical memory of the Second World War that Germany had woven with Russia in recent decades.

The war in Ukraine has turned the Soviet memorials in Berlin into uncomfortable vestiges, where yesterday and Sunday - the anniversary of the defeat of Nazi Germany in 1945 - many people came to lay flowers for the fallen soldiers, Russian, Ukrainian, Belarusian and of other nationalities, who fought together in the Red Army. To avoid public order problems, the Berlin police banned the Russian and Ukrainian flags around the memorials.

The most famous and impressive is the one that stands in Treptower Park, built in 1949 by order of Stalin. A gigantic bronze Soviet soldier, sword in hand and with a girl in his arms, crushes a swastika with his foot. The sculpture crowns a mausoleum, and before it extends the vast enclosure (a total of 93,000 square meters), which includes two other sculptures of soldiers and one of the Motherland, as well as side sarcophagi with patriotic and communist inscriptions. It is also a military cemetery; Here lie more than 7,000 Soviet soldiers who fell during the Battle of Berlin.

“We Germans are still in debt, and some Germans still don't understand it. The Red Army was the one that liberated the most countries in Europe and the one that paid for it with the most dead soldiers; just look at the map: Poland, Romania, Bulgaria, Yugoslavia, Hungary, Czechoslovakia, Austria and part of Germany, and meanwhile what were the Americans doing? France, part of Germany and little else”, says Lydia Gerstenberg, who was born in 1948 and did not know the war but the ruins. She has come to Treptower Park to lay flowers with her sister, Silvia Grenz, who was two years old in 1945. "When we were little, on excursions in the forest we still found graves of Soviet soldiers, with only dirt, a cross and the helmet," she recalls Grenz.

Both grew up in the former communist GDR and retain a strong attachment to Russia. “The war in Ukraine is horrible, that Putin has reacted like this is terrible, but from the beginning this has not worked; Gorbachev gave it all away, without putting anything in writing about NATO, Gerstenberg maintains. And so it was expanded, and there are bases with missiles that of course are not pointing towards Berlin, Istanbul or Paris, but in the other direction. Would the United States allow Mexico to do that to him? Silvia Grenz says that “all wars are terrible; I am very sorry for Ukraine, but you have to look at its leaders; you have to look at the whole story, the Russians have been patient for a long time.”

In another vein, the war in Ukraine has brutally impacted Germany's historic reconciliation effort with Russia, ongoing since Germany's reunification in 1990. A Berlin museum housed in the Karlshorst district building where the unconditional capitulation of the Wehrmacht on the night of May 8-9, 1945, has spent almost three decades weaving a consensual account of the war of annihilation that Hitler launched in 1941 against the USSR, in which 27 million Soviets died, between military and civilians.

"This historical-political pedagogical work is of great importance in the current situation, since we must take note of how the history of World War II is being instrumentalized by the Russian Federation to legitimize the current war," argued the museum team when reporting in April of his name change.

Founded in 1994 by the Federal Republic of Germany and the Russian Federation as a partnership, the center has since been called the German-Russian Museum Berlin-Karlshorst. In 1997 and 1998 representatives from Ukraine and Belarus joined, so the name, strictly speaking, no longer fit. The current Russian aggression has precipitated the decision; the place will now be called Museum Berlin-Karlshorst. In this building, which on Sunday was heavily guarded by the police, the capitulation room is preserved and facsimiles of the signed document are exhibited. The Ukrainian flag flies on a flagpole at the entrance.

Other places are the Tiergarten Soviet Monument, erected in November 1945 with a cemetery for two thousand fallen, and the Schönholzer Heide park, grave of 13,000 soldiers. As in Treptower Park, these memorials were attended by people, many of them Russian, with flowers and portraits of the deceased. Despite the police ban, some Ukrainians and Russians managed to display their respective flags. And there were moments of tension, such as when the police rolled up a huge Ukrainian flag at the Tiergarten memorial.

1 "USA. expanded NATO to prevent a new world order” 2 Putin justifies his action in Ukraine by accusing... 3 Time is running against Transnistria 4 At least one dead and 13 injured when a passenger... 5 War Ukraine - Russia, live: latest on the invasion,... 6 At least 43 prisoners have died in a new prison riot... 7 Queen Elizabeth II delegates to Charles of England... 8 Biden fears escraches and violent outbreaks will tarnish... 9 The Conference of the Future of Europe puts its final... 10 The provisional count gives a great triumph to the... 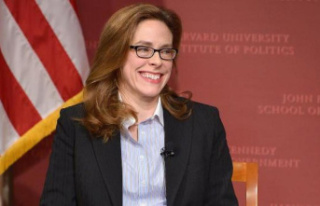