In his brand new inauguration on Tuesday, the new president of South Korea, Yoon Suk Yeol, assured that the door to dialogue with his neighbor to the North will remain open to achieve a peaceful resolution of the conflict that has dragged on for decades. 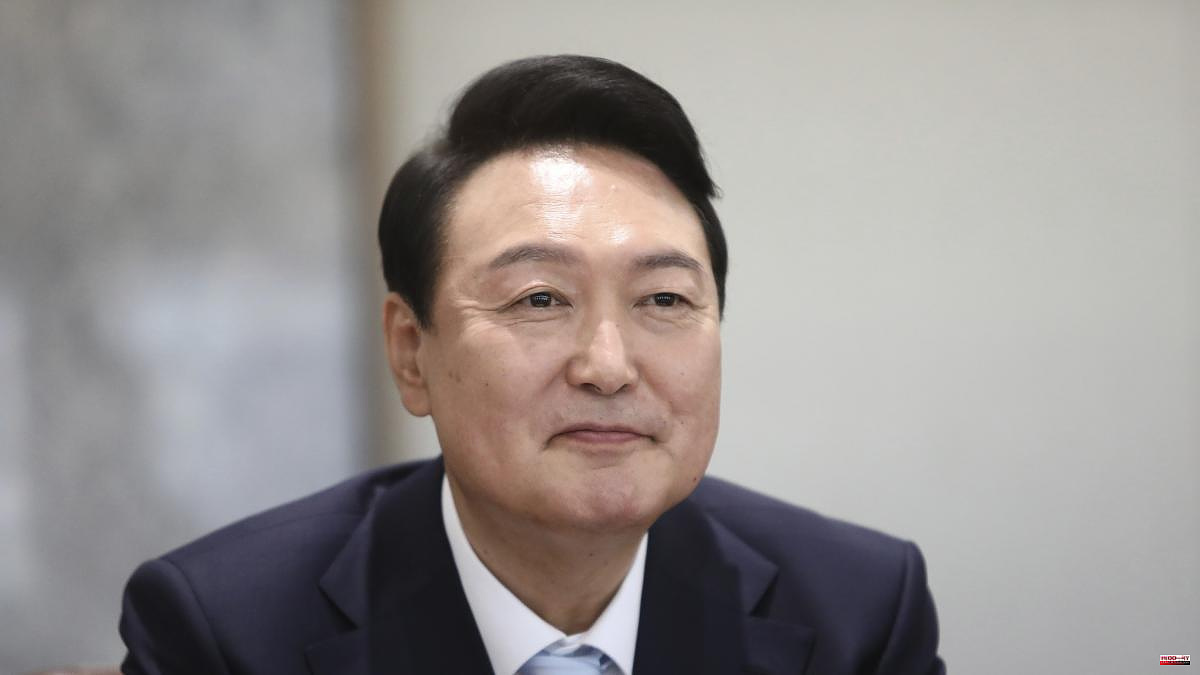 In his brand new inauguration on Tuesday, the new president of South Korea, Yoon Suk Yeol, assured that the door to dialogue with his neighbor to the North will remain open to achieve a peaceful resolution of the conflict that has dragged on for decades. As an incentive, he offered them "a bold plan" with which to transform their economy, badly damaged after years of sanctions and border closures due to the coronavirus, in exchange for them abandoning their nuclear weapons program.

During the election campaign, the conservative politician took a tougher stance against Pyongyang than his predecessor. However, at this start of his mandate he seems to have chosen to avoid direct confrontation with the Kim Jong Un regime, which is believed to be in the process of preparing a new nuclear test after launching some 15 different types of projectiles in what it's year

"If North Korea truly embarks on a process to complete its denuclearization, we stand ready to work with the international community and come up with a bold plan that will greatly strengthen North Korea's economy and improve the quality of life for its people," he said. before the 40,000 people gathered in the gardens of the National Assembly (Parliament) of Seoul.

The new president recalled that North Korean missiles and nuclear weapons are a threat to national, regional and global security, adding that the door to dialogue will remain open "so that we can peacefully resolve this threat."

Yoon replaces the liberal Moon Jae In, who did his best to improve ties with his northern neighbor. But after a period of hopeful rapprochement in 2018 that led to several significant meetings, negotiations remain deadlocked since the Hanoi summit fiasco between Kim and then-US President Donald Trump.

In a recent interview with the Voice of America, Yoon said that he does not rule out a face-to-face meeting with Kim in the future, but that significant progress would have to be made for this. “There is no reason to avoid meeting him (Kim). But if we can't show any results, or the results are just for the gallery but don't translate into real progress in denuclearization, that won't help the relationship between the two Koreas progress."

Yoon officially began his five-year term at midnight from Monday to Tuesday with a security briefing in an underground bunker. The gesture was interpreted as a sign that Pyongyang's nuclear threat will be high on the agenda of his presidency.

Internally, the new leader faces a politically divided country, with a hostile National Assembly controlled by the main opposition group, the Democratic Party.

"Our society is plagued by divisions and social conflicts that threaten our freedom and our liberal democratic order," said the new president, who won the presidential elections on March 9 by just 247,000 votes over the liberal Lee Jae-myung.

Another of his main challenges at home will be to straighten out the economy, which has slowed down in an inflationary context caused by the pandemic and the problems arising from the war in Ukraine (the International Monetary Fund reduced its growth outlook for this year by half a point to leave it at 2.5%). For the president, the growth that his country needs so much "will only be possible through science, technology and innovation."

Among the audience was his predecessor, the outgoing president Moon, or international authorities such as the Chinese vice president, Wang Qishan, the American second gentleman, Douglas Emhoff, or the Japanese foreign minister, Yoshimasa Hayashi.

The Japanese foreign minister, the first to set foot on South Korean soil since 2018, is expected to hand Yoon a personal letter from Prime Minister Fumio Kishida, with whom he hopes to improve the deteriorating relations between the two nations. The South Korean is also scheduled to meet in a few days with US President Joe Biden, who will visit the region to strengthen ties with his allies to face the strength of China.

1 The Russian army bombs the center of Odessa 2 War Ukraine - Russia, live | The Russian army bombs... 3 Russian attack on Ukraine shakes German historical... 4 "USA. expanded NATO to prevent a new world order” 5 Putin justifies his action in Ukraine by accusing... 6 Time is running against Transnistria 7 At least one dead and 13 injured when a passenger... 8 War Ukraine - Russia, live: latest on the invasion,... 9 At least 43 prisoners have died in a new prison riot... 10 Queen Elizabeth II delegates to Charles of England... 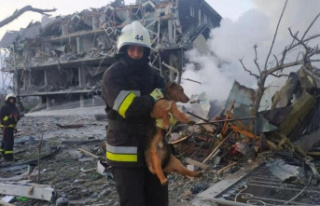 The Russian army bombs the center of Odessa