The violence unleashed yesterday in Sri Lanka has already claimed the second most coveted political prisoner by the protesters. 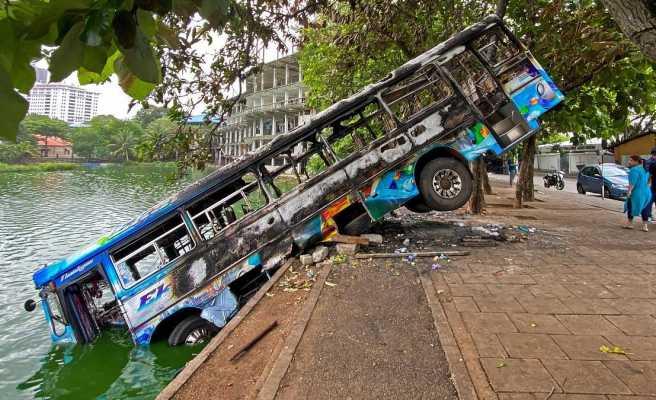 The violence unleashed yesterday in Sri Lanka has already claimed the second most coveted political prisoner by the protesters. Mahinda Rajapaksa, the man who liquidated the Tamil Tigers guerrillas, has resigned as prime minister, when his resignation, presented on Monday, was published. His brother, Gotabaya Rajapaksa, remains president, while protests against the financial crisis, large but not massive, defy the curfew decreed until tomorrow.

Yesterday was a black day for the Buddhist-majority island, where the struggle between government and opposition is not resolved in parliament. The day began with several buses of supporters of the elected government, ready to violently break the escrache in front of the prime minister's residence and prevent his resignation, then just a rumour. A few hundred meters away, the protest rally on the Galle Face esplanade, which has lasted for several weeks but was sparsely attended on Monday morning, was stormed by rioters, who burned all the stalls and tents and caused bruises to dozens of people.

However, said vandalism ignited the fuse of even more incendiary contrary sign, throughout the island. At night, there were more than forty deputies, ministers and businessmen who were supporters of the government who had lost their properties to the flames. Homes, restaurants, shops and even hotels, such as the Avenra in Negombo, where a Lamborghini and a limousine burned next to the facilities.

At least five people were killed and several dozen were injured in various incidents in different cities. Among them, Hambantota, where the manor house of the Rajapaksa brothers (there are more and all of them were ministers until a month ago) was set on fire by the mob. Today, the statue of their father has been demolished.

Although the demonstrators discharge all the responsibility for the repression by the militants of the party in power, the truth is that the protests already began, several weeks ago, with an attempt to set fire to the president's residence in Colombo. Yesterday ten Molotov cocktails fell on the premises of the Prime Minister's residence and he had to be rescued by helicopter at dawn, along with his family, in an army operation.

If then there was a death, yesterday there were eight more to mourn. Among them, two police officers and a government deputy who had opened fire shortly before from his car against the harassment of his properties. One of the protesters he shot has also died. It is not clear whether the politician has been lynched or, as opposition media claim, "committed suicide." Buses that had transported thugs in the service of the Rajapaksa were also burned in Colombo.

It is speculated that Mahinda Rajapaksa's destination is the Trincomali naval base, where the escraches have also started. One of his sons has denied that the family is going to leave the island and has assured that his father will continue to influence as a deputy for the election of his successor.

Rajapaksa is also leaving a markedly presidential country, so his brother currently holds the reins of power, although he will have difficulties securing a loan from the International Monetary Fund until a new government is formed. Until now, the opposition has rejected the offer to take part in a national unity government, hoping that the popular insurrection ends up sinking Gotabaya Rajapaksa as well.

A former prime minister, Chandrika Bandaranaike, has warned against the risk of the revolt justifying or leading to a coup. In fact, this Tuesday dozens of soldiers have begun to patrol the streets with authorization to shoot, in order to stop the looting and destruction of public and private property.

Two years of erratic policies, added to many others of a pandemic -in an eminently tourist country- have left Sinhalese society defenseless against the inflationary effects of the war in Ukraine. The State, lifeless, has suspended the payment of its debt and there is not even enough foreign currency to buy all the fuel, medicine or grain that the country needs.

The most influential countries on the island, namely India, China, the United States and the United Kingdom, are closely watching the development of the crisis, with different expectations. Sri Lanka, traditionally a non-aligned country - and which elected a woman as prime minister long before any European country - has moved significantly closer to China hand in hand with the Rajapaksa, already from their previous stage in power.

However, Beijing, in the current context of high international tension, has so far resisted decisively supporting them. And while the country trembles, the Colombo stock market has closed its operations again - "for technical reasons" - without knowing when it will resume them. 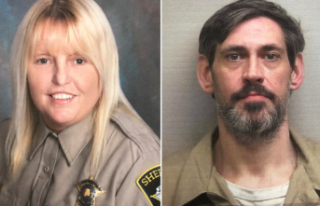