Matthew McConaughey delivered a punch, both literal and emotional, on Tuesday during his visit to Washington to try to attract attention and move wills in the debate on the control of access to firearms. 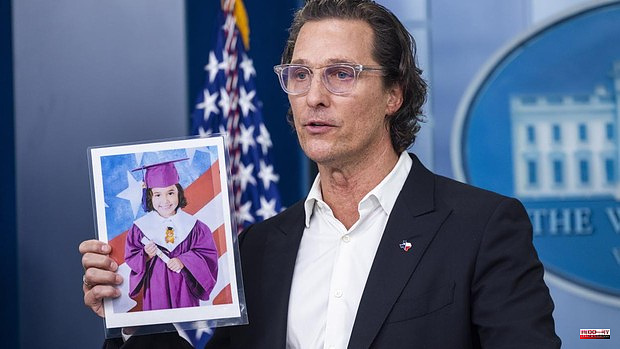 Matthew McConaughey delivered a punch, both literal and emotional, on Tuesday during his visit to Washington to try to attract attention and move wills in the debate on the control of access to firearms. The actor met with the country's political leaders, at a time when efforts have been revived to improve controls on who can legally buy an assault rifle, as an 18-year-old did as soon as he met his majority. old in Uvalde (Texas), where a few days later he used it to shoot down a school class and kill 19 children and their two teachers.

Uvalde is a very close place for McConaughey.

He was born and raised in that little town lost in the world in Texas, between ranches to the north and farmland to the south. As soon as he found out about the massacre, he took the car with his wife - the model Camila Alves - and her children and left for his small homeland. There he has spent days with victims, relatives and neighbors. And then they have planted themselves in Washington to avoid the usual: that the calls to improve the regulation of weapons that occur after each massacre do not end in anything again.

“This time it seems that it may be different,” McConaughey said from the podium of the White House press room, after meetings with congressmen and members of the Biden Administration. “There is a sense that we have a viable path forward, that there are responsible parties in this debate committed to sitting down and having a serious discussion,” he said, perhaps with excessive optimism, about the negotiations between Democrats and Republicans, with the latter up to now always closed en bloc to any relevant tightening of legislation.

It was an emotional speech from McConaughey, especially when he cited several of the victims and the unfulfilled dreams left by his death. She spoke, among others, of Alithia Ramírez. She showed the picture of her in an elementary school graduation cap. And one of the drawings of that girl that she dreamed of studying art in Paris. Also from Maite Rodríguez, who wanted to live by the sea and be a marine biologist. The actor's wife, Camila, present in the White House room, had on her lap the green slippers with a heart on the right side - a nod to the girl's love for nature - that Maite wore on the day of the tragedy. "It's the only thing that allowed her to be identified," McConaughey said, full of pain and rage, who banged his fist against the lectern with the US presidential seal on remembering it.

The actor recounted how a funeral specialist from Uvalde explained to him that in order to prepare the corpses for their funerals “it was not enough to make them look presentable. They needed a total rebuild. Why? For the tremendous exit wounds of an AR-15 assault rifle. Many of the bodies were so fine that only a DNA test, or green sneakers, could identify them. Many children were not only dead, but hollow.

McConaughey assured that in Uvalde he learned, as a child, to shoot. It was there that he was taught to "appreciate the power and capability of what we call a firearm" and where he learned what it means to be a "responsible gun owner."

In his opinion, being a "responsible owner of a weapon" and the regulation of its access is not in contradiction with respect for the Second Amendment of the Constitution, which imposes the right to bear arms and by which the Republicans -with the muscle of the 'lobby' of that industry - refuse any regulatory change.

"We need checks on the history of whoever buys a gun," McConaughey defended. “We need to raise the minimum age to buy an assault rifle to 21 years, and a waiting period to close the transaction. We need 'red flag' laws (they prevent someone with violent or suicidal behavior from buying) and that there are consequences for those who abuse them.

These are proposals that, according to the actor, reflect true American values ​​and for which the majority of gun owners would agree: "It should be an issue that brings both parties to agreement."

"The people in power have not been able to act," he said of lawmakers. "Can both sides take the discussion up a notch, stop treating it like a political problem and admit that we have a life-saving problem?"

"We must show courage and honor our moral obligations, not our party affiliation," he pleaded in a message to Republicans. "We cannot be true leaders if we only live for our re-election."

McConaughey is a popular figure among Republicans and Democrats. For a time, he considered the possibility of running for governor in Texas, which he plays this November, as an independent candidate. Many thought that he would have a real chance of winning. He finally he didn't. With speeches like this, it's no wonder he became an instant favorite.

1 Son of Buffalo victim presses Congress: "What... 2 US faces a greater extremist threat going into the... 3 Serrat starts his last trip through Spain 4 Julián Ruiz, the man with a million vinyl records 5 Madrid will spend 50 million this year to renew the... 6 Schedule and where to see the Switzerland-Spain 7 Five reasons to choose threading 8 What does a packet carry? This is the fashionable... 9 Reviews of the albums of the week: Adrián Quesada,... 10 Algorithms take on a new dimension from the classroom 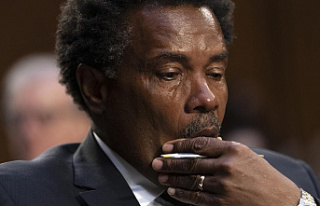