What does a packet carry? This is the fashionable sandwich that has put the classic calf nugget in check

It's just a food legend. 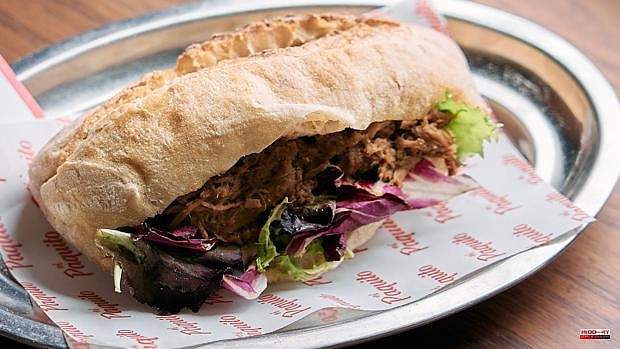 It's just a food legend. One more among many other stories that point to very diverse origins of a legendary sandwich: the veal nugget. But at the end of the 19th century, in the historic Café de Fornos in Madrid, the son of the owners, a boy named Pepe, was innocently the creator of one of the most exalted snacks with its own name in Spain: pepito. Tired of cold cuts, he ordered a hot steak between the bread from the cook. 'Like Pepito', first and then simply 'Pepito' is the name he received.

The legend in question bears the signature of Teodoro Bardají and was collected in an Aragonese weekly and later cited in as many other publications.

That lair of nineteenth-century and illustrious 'gulfs' – on the corner of Alcalá with Calle de Virgen de los Peligros – closed in 1908 and today a plaque recalls its existence without any mention of little Pepito. But the pepito, the veal one, has had a serious competitor in recent years: the paquito or 'pakito'.

It is not bovine but sheep bite. Lamb for veal and a little more creativity in the composition. If the pepito plays the trump card of overwhelming simplicity, his fashionable rival does the opposite. Opposite the loaf of bread, the veal fillet more or less done and some grilled dressing –in the best houses, oil, garlic and parsley– is the brioche or a muffin, among other buns, the leg of lamb, sauces, vegetables and pickles of all kinds.

Coincidence or not, Paco is also a name linked to Madrid's anecdotes and especially to the Café de Fornos. Even more famous than the kid of the owners of the extinct place, was the dog Paco. The newspaper library tells that the Marquis of Bogaraya gave it that name in a fortuitous encounter with the stray animal in said cafe. The nobleman gave him a piece of steak and the faithful dog followed him to Ventas. In addition to in the Congress of Deputies, at the opera or in parades, Paco liked bullfighting and met his death precisely in the bullring, from a rabid lunge from a badly faced fan who was called Pepe el de los Galápagos. Paco was a hero loved by the people of Madrid at the time and it is known by those who echoed his story – you can read it here – that even Alfonso XII sent his heartfelt condolences to the Marquis. Of the boy Pepe, pepito. And Paco the dog, paquito?

No. Behind the name of this sandwich is the creative Jesús Terres and his team. “It was a proposal from Lobo Agencia Digital with the aim of rejuvenating demand. Remove it – lamb meat – from specific moments of consumption, especially Christmas, and do it through where young people are: in bars », he explains to ABC. «The name occurred to me because in some meeting with Interovic, it was a usual joke of the previous president, who was precisely called Paco –Francisco Marcén– and he made the Paquito joke», he confesses. «I pulled that thread with one goal: to create a transversal, modern brand belonging to no one. Like a squid sandwich or a pepito, everyone knows what it is, despite the fact that there are a thousand variations. That it was of the people, hence the traditional iconography, that it was in bars (and not so much in Michelin restaurants), contemporary illustrations... », he concludes.

A campaign financed with the help of the European Union is behind the fashion that has led bars in Madrid – but also in Valencia and Barcelona – to prepare recipes that include sheep meat in this format. It is, specifically, a project of the Interprofessional Agro-food of Sheep and Goat Meat (Interovic) with which this sector wants to attract young people in the consumption of lamb. Eating a paquito is, according to this idea, supporting the nearly 250,000 families that this sector employs in Spain.

Among the more than 200 bars and restaurants that have a version of this sandwich – many of them never included the illustrious pepito on their menus – there is a winner. The best paquito in Madrid is made at La Embajadores Embassy –Embajadores, 66–, a place with an Italian accent –its owner is Andrea Pirastu– that has recently competed against twelve other establishments for the title.

Crispy and Moorish-inspired: roast leg of lamb marinated with spices and its own juice. This is the winner who beat two finalists. The first, from Puerto Lagasca –Lagasca, 81– in pan de cristal with arugula, watercress mayonnaise and PX caramelised onion. The second, from Arroz Pegao –Monasterio de Silos, 20–, with roast lamb on 'foccacia de romero' with dried tomatoes with thyme. Last year, in its first edition, the winner was Tres por cuatro, by Álex Marugán.

Sand Wich, Salino, Fijo, Puccias, La Raquetista, La Bodeguita del Arte, 1000 Cups, Dbarro, La Malaje and Terracotta also participated in this event with a jury made up of gastronomic journalists and Elena Rodríguez, director of the Royal Academy of Gastronomy. A route, until next June 23, allows you to discover the different versions of this snack that can coexist perfectly with the iconic calf nugget. Pepito and paquito.

1 Reviews of the albums of the week: Adrián Quesada,... 2 Algorithms take on a new dimension from the classroom 3 Sánchez's wife used her position at the Instituto... 4 Sánchez angers Germany by leaking that he is studying... 5 Spain and Morocco begin to study the geographical... 6 The PP believes that Feijóo beat Sánchez in the... 7 The new threats Johnson faces after passing the confidence... 8 Russia moves closer to capturing Ukraine's Donbas... 9 Japan's economy is contracting, but at a lower... 10 The US urges allies to cooperate in the face of N.... 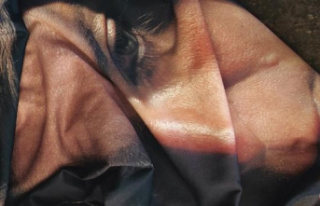 Reviews of the albums of the week: Adrián Quesada,...