It has done more to retain a few verses in the memory of some than many families, schools and entities. 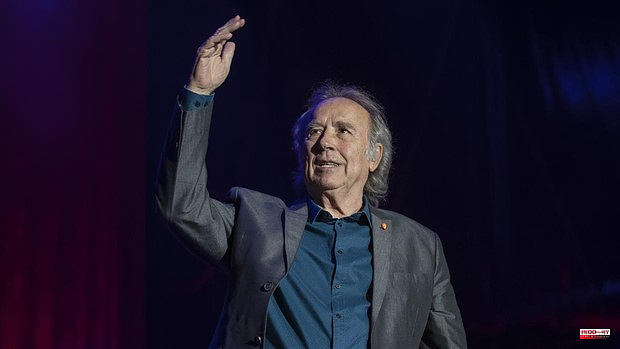 It has done more to retain a few verses in the memory of some than many families, schools and entities. The echo of him continues to play on the beach, but from an agony with a final character. He senses it when he approaches the microphone with a light step, raises his downcast gaze and makes music among the ashes. The concert that brought him this Tuesday to the Murcia Bullring is the first in Spain of his farewell tour: 'El vice de cantar'. After more than fifty years in the profession, he begins his last trip with a packed box office for two consecutive nights. A few more, in fact, if we string together the cities that await you soon: from Bilbao to Barcelona, ​​crossing the pond in between.

The wound in her throat makes this honey stale, which no longer tastes like it's coming back. Serrat looks out onto the patio where his songs grew like vines and the audience leaves hand in hand with him to go through scenes they thought had been forgotten: a moon buried in the sand and the letter to Lucía without a mailbox, so far from these lines. Also Penelope on a platform and the smile of a child leaving school. We all know: it's him. The miseries going up to sleep and his tongue paddling by force of blood and confetti. To celebrate everything. To thank the welcome that his vast repertoire has always had. Even today, when he says goodbye to us.

Blow by blow, verse by verse, he walks along the end of a path that he began to walk just when he started walking, thus following the Machadian formula. The voice has left the poet in the bones. And there is in him, at this point, much more poet than singer. He recites. He tries to taste. He is left alone with the remembrances of a vibrato with him, he flirts and battles without excessive longing, but with eyes full of yesterday.

“We have grown old”, some think in this square, as if they had it written with a nail in the forehead that ends up arching the skin. But what they have done, above all, is witness to a timeless work. Its flowers have become ashes, but they retain that natural beauty of the canonical. In Serrat's music they are beautiful down to the rubble. And he keeps complaining: 'Give it to him', 'Romance de Curro El Palmo', 'Señora', 'For freedom', 'Today for you, tomorrow for me', 'Today could be a great day', 'Those little things', the first in which the ring sings, 'It's capricious chance', 'Cantares', 'Fiesta', 'Mediterráneo'… On the piano: Ricard Miralles, his accomplice, although other instruments harmonize him: the guitar, the violin , sax… Those who premiered the world with their chords and now shout from their chairs, after so much.

In it, Miguel Hernández and Antonio Machado dance in a circle. Love affairs and environmental problems. His parents, whom he caresses in 'Cançó de Bressol and 'Pare'. Also Alberto Cortez, Atahualpa Yupanqui, Benedetti, Sabina and other characters and authors who dance with their own light.

The most vocal of our poets drips letters on a paper plagued with blots that pushed clear ideas. He opens his mouth and the ink falls out. Life slips out of his hands in front of 6,000 people. He only manages to point out, sarcastically: «In a few years you will be able to say 'I was there'. I saw it fall! And having said this, all nostalgia is prohibited, because everything is future. Thanks friends".

1 Julián Ruiz, the man with a million vinyl records 2 Madrid will spend 50 million this year to renew the... 3 Schedule and where to see the Switzerland-Spain 4 Five reasons to choose threading 5 What does a packet carry? This is the fashionable... 6 Reviews of the albums of the week: Adrián Quesada,... 7 Algorithms take on a new dimension from the classroom 8 Sánchez's wife used her position at the Instituto... 9 Sánchez angers Germany by leaking that he is studying... 10 Spain and Morocco begin to study the geographical... 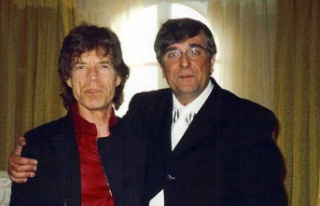 Julián Ruiz, the man with a million vinyl records