Algorithms take on a new dimension from the classroom

SofIA is the latest example of how universities are playing a leading role in creating open innovation dedicated to Artificial Intelligence. 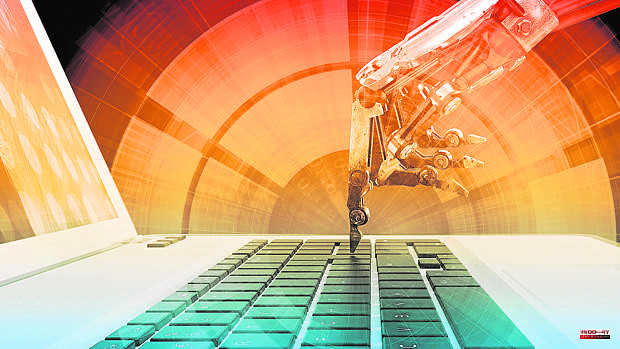 SofIA is the latest example of how universities are playing a leading role in creating open innovation dedicated to Artificial Intelligence. This business acceleration program promoted by the Institute of Data Science and Artificial Intelligence (Dataia) of the University of Navarra (UNAV) joins other initiatives already underway in other Spanish university centers, thus achieving the desired transfer of knowledge from the classroom to the companies. "Our focus is research, but if it is not transferred to the company, it makes no sense," Iván Cordón, Director of Innovation at Datai, begins by recalling.

Four companies are participating in this first edition of the programme, which is expected to continue: AXA Seguros, BBVA AI Factory, Carrefour and Laboratorios Cinfa. All of them have raised challenges linked to artificial intelligence and it will be the startups that offer solutions to their needs.

“We want to improve the customer experience. We have worked a lot on the data communication part and we know that we can go further, we have to take advantage of all the information. The objective is to find a company that helps us generate the value of this information and improve the relationship with customers”, explains David Villanino, director of Data Carrefour. In the case of AXA Seguros, "through the use of data we hope to build a model that allows us to determine the probability of fire in a company," says Nieves Malagón, director of AXA Opensurance. The numbers say that when a company has a fire, 70% end up closing, it implies family misfortunes "and can affect depopulation."

Julio Sánchez Mariñas, Director of Innovation at Cinfa, hopes that AI will help them predict demand. «We intend to manage to prevent demand in a more efficient way and avoid shortages. This challenge makes it possible to serve products and treatments to customers and fits in very well with AI.” In the case of BBVA, the algorithms will help the clients of this entity in managing their finances. “We are going to explore what ideas and innovation are emerging around how users interact with financial services. We want to understand what they are interested in, improving their financial situation and interacting with these services in a more intuitive way", advances Jesús Renero, head of the Data Science discipline at BBVA AI Factory.

With these challenges launched, interested startups can send their proposals to the UNAV until the end of June, and the most competitive in each of the challenges will be selected. From then on, they will have six months to provide a solution. A period in which they will have the accompaniment of the UNAV. “It is a collaborative program. the idea is that there is co-creation and the program is a gateway to being able to work with these companies and with the right people”, highlights Cordón.

This is not the only example. Three years ago, the Universities of Malaga and Seville promoted a new innovative ecosystem with AI for Andalusia. An idea within the framework of the unique project of knowledge transfer actions 'Andalusia Tech International Campus of Excellence'. Almost 230 researchers from both universities were involved in these transfer actions, as well as 57 aggregated agents, between companies and institutions. In addition, 8 patents, 24 contracts, 49 theses and more than a hundred indexed publications arose from this experience.

"This unique project served to boost the relationship between companies and universities and was oriented towards the issue of AI in any industrial sector, because these types of applications are suitable for any sector," says José Aldana, deputy vice-rector for Transfer at UMA . In his opinion, one of the great achievements of this program was working with intermediate TRLs. «Universities work well with TRL between 1 and 3 and companies are already looking for between 7-9. The ones in the middle are the most difficult to finance and these initiatives allow it », he adds.

In this case, everyone contributed financial resources, both the Junta de Andalucía, as well as the universities and companies. “The companies presented their problems and the researchers analyzed them. As a result of this, stable relationships have been created with companies”, indicates Aldana. He recalls that ICT areas are very transversal, "we are experiencing a complete transformation process of industrial sectors and AI is reaching sectors from which it was previously further away."

The University of Granada (UGR) is another of the centers that is committed to the creation of an ecosystem to speed up the transfer of knowledge in AI. The University and institutions are working together so that more and more multinationals settle in the city. They intend to increase university places in careers such as Computer Science and the next course will have its own postgraduate degree in AI, Ethics and Law. The UGR has also been working for a long time to ensure that the headquarters of the National Artificial Intelligence Agency is installed in Granada. . It has the backing of the companies Google and Indra with whom it has created the AI ​​Lab Granada Center of Excellence, which has more than 100 scientists and doctors in AI and more than 165 consultants, developers and researchers. It is a transmission center and exchange of knowledge of this technology and its use cases.

Likewise, last February it presented AImpulsa, which aims to turn Granada into an international hub for this technology. One of the project's objectives is to generate and attract talent from abroad, attract the business fabric thanks to this type of technology and thus influence the social and economic growth of the area. In addition to the University of Granada, it has the support of the City Council, the Provincial Council, the Health Technology Park, the Granada Chamber of Commerce and the Andalusian Government. "A foundation is going to be created with the institutions, patrons and associated companies to be able to finance the projects," explains Francisco Herrera, professor of the Department of Computer Science and AI at the UGR. "We are very satisfied with the initiative," he highlights. They are initiatives that confirm

1 Sánchez's wife used her position at the Instituto... 2 Sánchez angers Germany by leaking that he is studying... 3 Spain and Morocco begin to study the geographical... 4 The PP believes that Feijóo beat Sánchez in the... 5 The new threats Johnson faces after passing the confidence... 6 Russia moves closer to capturing Ukraine's Donbas... 7 Japan's economy is contracting, but at a lower... 8 The US urges allies to cooperate in the face of N.... 9 Zverev, operated on three torn ligaments 10 Agriculture forecasts that the cereal harvest will... 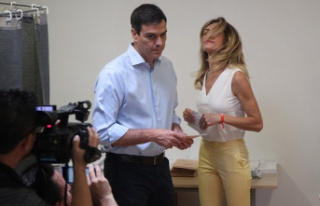 Sánchez's wife used her position at the Instituto...