Ukraine prepares to do justice. 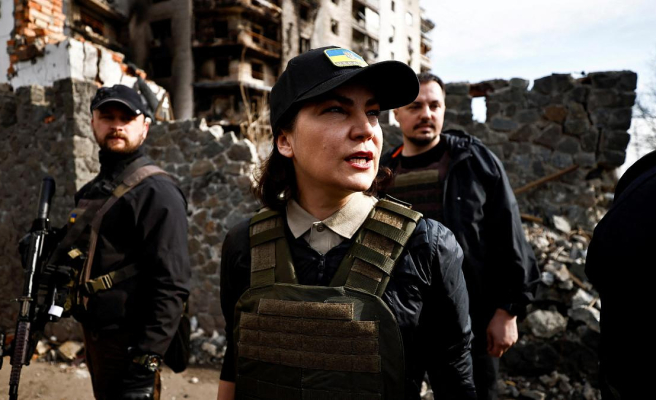 Ukraine prepares to do justice. A Russian prisoner of war accused of murdering a civilian will be tried for war crimes committed on Ukrainian territory during the Russian invasion, Ukrainian Prosecutor General Iryna Venediktova announced on Wednesday.

The attorney general's office has registered more than 10,700 war crimes and identified more than 600 suspects since the beginning of the Russian invasion on February 24, and now a number of cases have been filed to begin prosecution, a process which marks a turning point in the more than two months that the war has lasted. But only the details of the first of these cases have been revealed.

This is Vadim Shysimarin, a commander of the 4th armored division of the Kantemirovskaya Guards of the Moscow region and who is currently under arrest in Ukraine. He will sit in the dock for the alleged murder of a 68-year-old man in the Sumi region in the northeast of the country.

According to the prosecution's investigation, on February 28 Shishimarin, 21, killed an unarmed man who was riding a bicycle on the road in the town of Chupajivka. After an attack by the Ukrainian Army, the column that the commander was part of had disbanded and the accused, in the company of four other soldiers, fled in a civilian vehicle seized by force.

Arriving in Chupajivka, they met the 62-year-old victim talking on the phone, and Shishimarin shot him in the head with an AK-47 machine gun to prevent him from giving them away to the Ukrainian troops. "One of the soldiers ordered the accused to kill a civilian so that he would not denounce them," reads the statement from the Prosecutor's Office. The crime is said to have occurred near the victim's home.

The commander was later captured by Kyiv forces, and on May 4 the Security Service of Ukraine (SBU) released a video in which he confessed to shooting a civilian. The case has been presented this week in a criminal court.

Shishimarin faces between 10 and 15 years in prison or life in prison if convicted of the charges against him, violation of the laws of war, in combination with premeditated murder.

As for the other cases, The Guardian assures that they are two soldiers who launched projectiles at buildings and caused their destruction in the Kharkiv region and another who killed a man and then raped his wife several times in the Kharkiv region. Brovarsky, mother of a four-year-old son.

Many of the atrocities came to light last month after Moscow forces aborted their attempt to capture Kyiv and withdrew from the outskirts of the capital, exposing mass graves and corpse-strewn streets and courtyards in cities like Bucha. . Residents spoke of murder, arson, rape, torture and dismemberment.

The Center for Civil Liberties, a Ukrainian human rights group, said it will closely monitor Shyshimarin's trial to see if it is fair. "It is very difficult to observe all the rules, regulations and neutrality of judicial processes in times of war," said Volodímir Yavorski, a member of this entity.

1 More than 40 injured in the fire of a plane after... 2 North Korea declares its first coronavirus outbreak 3 Leonid Kravchuk, the first independent Ukrainian 4 Release on bail for cardinal arrested in Hong Kong 5 The Ukrainian counteroffensive from Kharkiv approaches... 6 Women in the Swiss Guard? 7 Overseas France, suffering France 8 Ukraine fights to expel Russia from Snake Island 9 The Solomon Islands, the last point of friction between... 10 Pressure on China due to covid 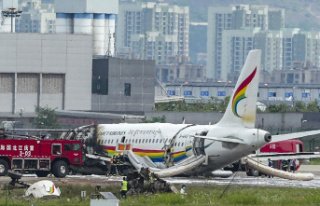 More than 40 injured in the fire of a plane after...