The weather in Valencia: double alert for the arrival of storms with hail and a new heat wave

The weather in Valencia will be marked by the arrival of storms with hail and high temperatures caused by a heat wave that is expected to last several more days. 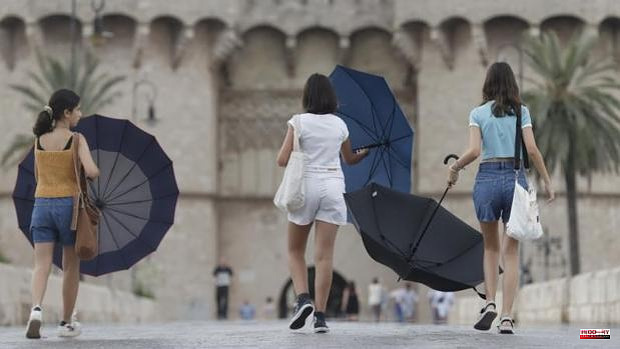 The weather in Valencia will be marked by the arrival of storms with hail and high temperatures caused by a heat wave that is expected to last several more days. This has been predicted by the State Meteorological Agency, who has reported several yellow alerts for this Monday, July 4.

For this Monday, maximum temperatures of 38 degrees are expected inside Valencia from two in the afternoon, as well as storms that will be more likely at the end of the afternoon and that may be accompanied by very strong gusts of wind, without rule out hail

In this way, the Aemet has updated its warnings, establishing the risk of storms and high temperatures throughout the interior of Valencia.

Likewise, the Ministry of Universal Health and Public Health has activated the yellow alert due to a heat wave in some regions of the Community for this Monday and Tuesday.

Specifically, this Monday the extreme alert level has been declared in some municipalities, such as Ademuz, Benasau, Casas Altas, Casas Bajas, Castielfabib and Torrebaja.

1 'Passive elements' will be installed in... 2 2022 work calendar in Valencia: all the holidays in... 3 Galicia records the third largest drop in unemployment... 4 A minor of about seven years dies when falling through... 5 Sánchez already admits that there is "an economic... 6 Germany speeds up immigration of waiters and hotel... 7 Princess Leonor's new Mango dress on her first... 8 Officials say 2 women were killed by shark attacks... 9 Fundación Bancaja incorporates two works by Miquel... 10 Reinforcement of 500 municipal police officers and... 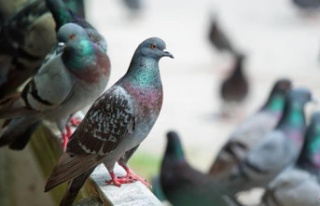 'Passive elements' will be installed in...