Reinforcement of 500 municipal police officers and 180 toilets over the weekend, drones and an emergency lane on Gran Vía

The main novelty included in the security and emergency device for the Pride 2022 festivities (MADO) is the establishment of an emergency lane on Gran Vía, through which only vehicles enabled for emergencies between Plaza de España and Cibeles will be able to travel. 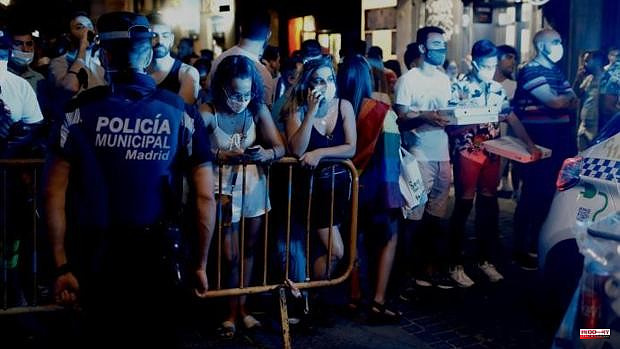 The main novelty included in the security and emergency device for the Pride 2022 festivities (MADO) is the establishment of an emergency lane on Gran Vía, through which only vehicles enabled for emergencies between Plaza de España and Cibeles will be able to travel. .

This has been detailed by the delegate of Security and Emergencies and spokesperson for the City Council, Inmaculada Sanz, after meeting this Tuesday with the municipal security and emergency services (Municipal Police, SAMUR-PC and Firefighters), a meeting held at the Integrated Security Center and Emergencies (CISEM).

Between Wednesday and Sunday the main events of the MADO will be held, highlighting the proclamation, the demonstration, which had not been held in full swing since 2019 due to the outbreak of Covid, or the concerts on the different stages.

Thus, there will be a reinforcement of 400 municipal police officers each day (a figure that will reach 500 on Friday and Saturday), as well as 100 SAMUR-Civil Protection personnel daily (up to 180 on Saturday), as well as municipal firefighters from two parks deployed in the area and the entire body in preventive, with the aim of guaranteeing maximum security and the normal development of the party

Another of the key tools for the security of MADO will be the deployment of drones by the Area Section of the Municipal Police, in addition to the Cavalry Squadron, the Central Security Units (UCS) and Night Citizen Protection, as well as the components of the Integral District Units (UID).

The municipal body will also deploy teams to carry out filters at the entrances to the squares that host the main events to guarantee security in their development, and has foreseen the presence of numerous plainclothes agents to prevent thefts, aggressions, drugs or illegal street sales, among other crimes.

SAMUR-Civil Protection will also install Advanced Health Posts (PSA) in the squares where concerts are held, and four more stable health structures along the route of the demonstration on Saturday and a dozen teams on foot to move quickly between the people, as well as Reaction Units to make transfers.

In addition, 2,853 restrooms and 344 litter bin units will be installed throughout the event's area of ​​influence, 100 more than three years ago. For the collection device, 918 containers are going to be placed, 125 more than in 2019 and 25 trucks with their driver and two waiters have been established to collect the waste and support cleaning.

Due to the fact that the celebration of MADO activities takes place mostly on public roads, certain parking prohibitions will be established in some downtown streets. Specifically, the events will be concentrated mainly in the Justicia neighbourhood, but will also bring together a large number of people, especially from the 6th, in the Sol neighborhood and the Argüelles neighborhood (Moncloa), which means that large accumulations of people, both transiting and static, attending and participating in the many events that take place during the celebrations.

Therefore, with the aim of maintaining the safety of people, guaranteeing mobility and ensuring the provision of essential public services during those days, “parking is prohibited from 6:00 p.m. to 11:59 p.m. on the 6th. July in Plaza de Pedro Zerolo and on certain adjacent roads. In the same way, the prohibition of parking is adopted from 5:00 p.m. on July 8 until 11:59 p.m. on July 10 within a security perimeter in the Centro district, specified in the following roads:

Likewise, a parking ban is imposed from 5:00 p.m. on July 8 until 11:59 p.m. on July 10, within the perimeter of the Argüelles neighborhood, between the streets of Princesa up to the intersection with Calle Ventura Rodríguez, this one with Ferraz street until its meeting with Princesa street until its intersection with Gran Vía, specifying certain routes. Said prohibitions, given their limited territorial and temporal incidence, do not affect the general regime of the Regulated Parking Service (SER).

However, along with such measures, the Resolution adopts the prohibition of parking from 5:00 p.m. on July 8 until 11:59 p.m. on July 10, 2022 within the security perimeter of the Justice District. In addition, the general regime of the SER is temporarily suspended in the Justicia neighbourhood, and consequently the SER places cannot be used by any user on these days.

This week a large influx of people from Madrid is expected for the different places where the MADO is celebrated. For this reason, for the correct coordination of all the security and emergency services that make up the device, a Security and Emergency Coordination Center (CECOR) will be set up on Friday, Saturday and Sunday.

In addition, the municipal security and emergency services will allocate troops to guarantee the celebration without incident of the Mad Cool music festival, which starts on Wednesday and ends on Sunday, with 90 municipal police officers each day (with the Central Security Units (UCS) and the Air Support Section with their drones).

1 The Ethics Commission of the Board files the complaint... 2 Galicians face the summer with more confidence in... 3 Nursing association stagnates and "puts at risk"... 4 This is the seventh wave of the coronavirus in Valencia:... 5 The TSJC sees "unconstitutionality vices"... 6 The Muñoz Ramonet Foundation, ratified as the legitimate... 7 Canon Antonio Cabrera dies suddenly 8 The Carmenista mayors will present themselves in 2023... 9 The initiative of Hidraqua and its investees to promote... 10 They have been looking for a missing young woman with... 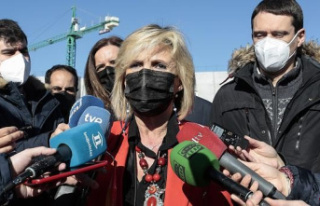 The Ethics Commission of the Board files the complaint...