The German government believes that a readjustment of immigration policy is the key to solving the labor shortage in various sectors, so the Ministry of the Interior has just announced the creation of simplified immigration processes for the hotel industry and airports . 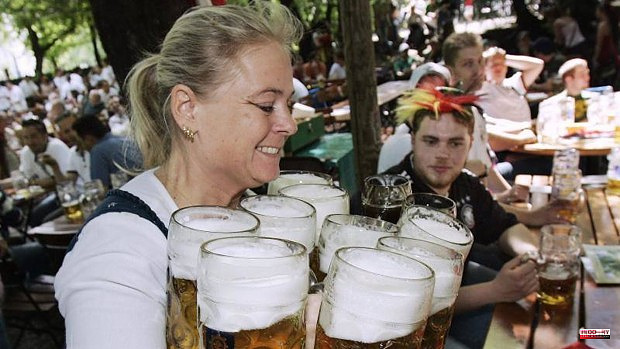 The German government believes that a readjustment of immigration policy is the key to solving the labor shortage in various sectors, so the Ministry of the Interior has just announced the creation of simplified immigration processes for the hotel industry and airports . Tourism demand, which had been greatly deteriorated by the pandemic, is recovering at a very good pace and is registering certain changes in trend. Many Germans have discovered a taste for spending their holidays in national destinations and the sector is unable to meet the demand for employment that requires that level of services. “The labor shortage has gotten much worse as a result of the pandemic,” justifies the federal Minister of the Interior, Nancy Faeser, who recognizes a massive shortage of qualified workers both in air transport and in the restaurant and hospitality sectors. "The Federal Labor Minister, Hubertus Heil, and I know that we have to make things easier for foreign workers in these sectors," he said, announcing a reform that will come into force "before the end of the year" and that will serve »to bring good workers to Germany«.

The missing workforce in airline baggage handling, among other things, will be recruited mainly in Turkey, but when it comes to the hospitality sector, the labor markets of southern Europe are more attractive for Germany, because the know-how making their professionals is highly appreciated in the north and because the common cultural references facilitate the work with the client. These are the workers to whom the reform will be aimed. "To make Germany more attractive to skilled workers, "a lot of homework needs to be done", Faeser has advanced, "we need faster recognition of professional qualifications and less bureaucracy", for which he has also involved in the project a Education Minister Bettina Stark-Watzinger. In addition, she has made it clear that it will not be wage dumping, but "good collectively bargained contracts that people can live off." In this sense, the government is on the side of the unions. Faeser has stressed that on the way to a modern immigration law, he pays "much attention to balanced solutions and acceptance by the population", because "the objective is to establish qualified workers who find in Germany a beneficial situation in the long term. term".

The chairman of the liberal parliamentary group (FDP) in the Bundestag, Christian Dürr, has spoken out in favor of widespread immigration to Germany. “After the guest worker phase in the 1960s and 1970s, the labor market was bureaucratically closed to foreign workers and this has created a bottleneck in recruitment,” he has complained, “even hundreds of thousands of people who have been living in Germany for years as refugees have been kept out of the labor market by these restrictive regulations.” Dürr is convinced that “it must be the opposite. Today the motto must be: Anyone who can earn a living by the work of their own hands should be able to work immediately in Germany and enjoy all the advantages that workers enjoy here." “When baby boomers retire, the job market may be half its size. This is immigration that is urgently needed at all levels of the labor market and anyone capable of earning a living should now be welcome.”

The problem also affects other sectors, such as machinery manufacturing. Mechanical engineering, seen as the backbone of the German economy, is suffering from a severe shortage of skilled workers that is increasingly weakening forecasts. It currently has more than a million employees, says Ralph Wiechers, chief economist at the VDMA industry association, and "training for junior staff won't be enough to offset age-related departures." A study by the German Economic Institute (IW) places the gap at around 7,200 skilled workers for airline staff. Over the course of the pandemic, the number of employees was reduced by 4%, with a decrease of 6,000 employees in service personnel and 1,200 in ground personnel in air traffic technical operations. Now that the sector has recovered its rhythm of activity, it is unable to hire again. But without a doubt, it is the hospitality sector that is most looking for employees in southern Europe.

"On peak days, more than 50,000 people visit us," says the spokesman for Germany's largest amusement park, the Europapark in Rust (5,000 employees, 5.8 million visitors in 2019, more than a hundred attractions, six themed hotels and a water park), "but now we are forced to temporarily limit the number of daily visitors due to lack of staff." "There are not enough staff and guests notice it because they find restaurants or food stalls closed," laments the company, which reported 150 vacancies in April and 500 for the holiday months. After failing to cover them, it currently does not support more than 30,000 clients a day.

1 Princess Leonor's new Mango dress on her first... 2 Officials say 2 women were killed by shark attacks... 3 Fundación Bancaja incorporates two works by Miquel... 4 Reinforcement of 500 municipal police officers and... 5 The Ethics Commission of the Board files the complaint... 6 Galicians face the summer with more confidence in... 7 Nursing association stagnates and "puts at risk"... 8 This is the seventh wave of the coronavirus in Valencia:... 9 The TSJC sees "unconstitutionality vices"... 10 The Muñoz Ramonet Foundation, ratified as the legitimate... 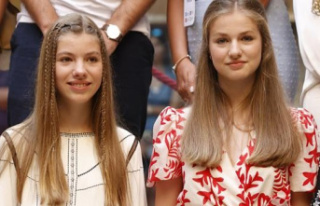