At the gates of the summer holidays for many workers, others carefully contemplate the 2022 work calendar in Valencia to find out when the next long weekend will be and all the July holidays by municipality. 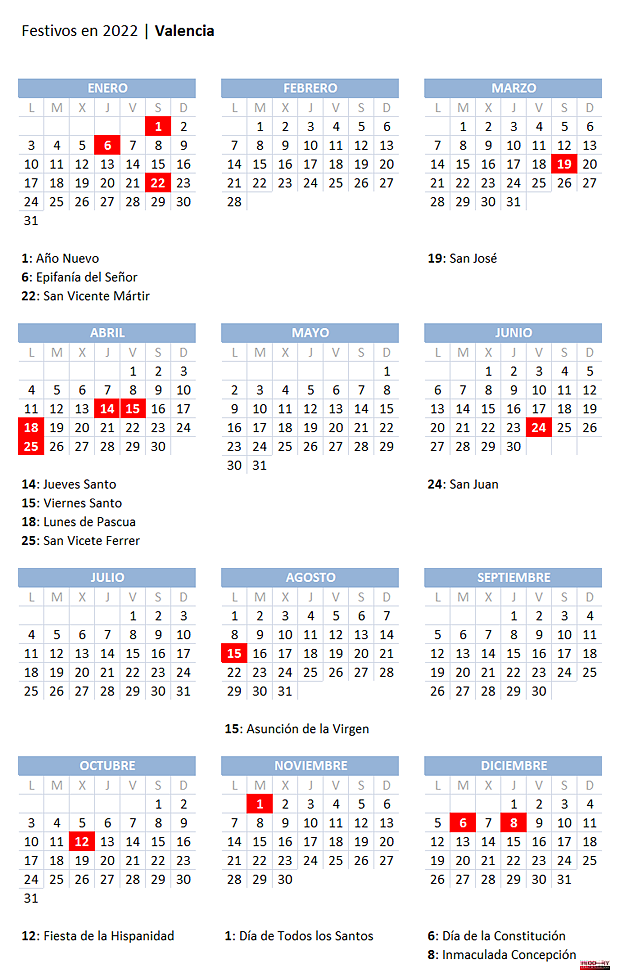 At the gates of the summer holidays for many workers, others carefully contemplate the 2022 work calendar in Valencia to find out when the next long weekend will be and all the July holidays by municipality.

Likewise, according to the 2022 work calendar published in the Official Gazette of the Generalitat Valenciana, the next holiday will be Monday, August 15, the day on which the Assumption of the Virgin is celebrated at the state level. In this way, you can enjoy a three-day bridge in the middle of the month.

However, at the local level you can also enjoy other non-working days, paid and non-recoverable in some Valencian municipalities, such as the festivities of San Jaime, the Virgen del Carmen or Santa Ana, among others.

After the summer, the four remaining holidays in the 2022 work calendar in Valencia will be on Wednesday, October 12, for Hispanic Heritage Day; Tuesday November 1 (All Saints), Tuesday December 6 (Constitution) and Thursday December 8 (Immaculate Conception).

Below is the complete list with the local holidays of Alicante, Valencia and Castellón for the month of July.

Denia - Wednesday, July 13, Feast of the Most Holy Blood.

Alcázar - July 16, The Virgin of the Carmen.

Beniparrell - July 15, on the eve of the feast of the Virgen del Carmen.

Catadau - July 13, festival of the Blood.

Rafelcofer - July 7, Moors and Christians; July 8, The Virgin of the Carmen.

1 Galicia records the third largest drop in unemployment... 2 A minor of about seven years dies when falling through... 3 Sánchez already admits that there is "an economic... 4 Germany speeds up immigration of waiters and hotel... 5 Princess Leonor's new Mango dress on her first... 6 Officials say 2 women were killed by shark attacks... 7 Fundación Bancaja incorporates two works by Miquel... 8 Reinforcement of 500 municipal police officers and... 9 The Ethics Commission of the Board files the complaint... 10 Galicians face the summer with more confidence in... 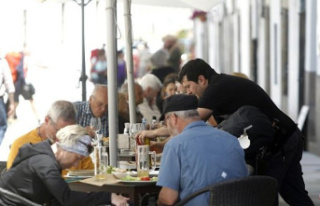