The war in Ukraine disrupts Russian gas flows to Europe via Ukraine for the first time and threatens to drop shipments from Wednesday. 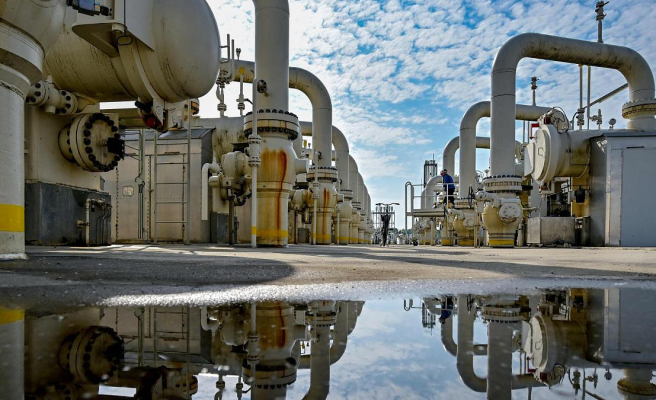 The war in Ukraine disrupts Russian gas flows to Europe via Ukraine for the first time and threatens to drop shipments from Wednesday. The impact has triggered wholesale gas prices in European markets, which have climbed more than 5% this Wednesday.

The reason is that Ukraine has suspended the flow through one of the points through which it receives Russian gas. This in turn represents the path of a third of the gas that Russia sends to Europe through Ukraine. kyiv blames Moscow, alleging that the facilities it passes through are occupied and out of its control due to the war, being in occupied territories, and cannot guarantee its operation.

Specifically, it is an entry point in Lugansk, in the Donbass, which receives gas from Sokhranivka (Russia), near the border. The inability to operate has been officially identified as a "force majeure cause" as reported by the Ukrainian gas network operator on Tuesday.

Although it has been able to work even after the invasion, now the operator assures that there are occupants who make it impossible to fulfill supply obligations, as well as in the first compressor station on the gas pipeline route in Ukraine, in Novopskov, due to "the interference of the occupying forces in the technical processes". As a result, he warned that he is unable to provide deliveries for reasons beyond his control.

Gazprom has rejected the Ukrainian operator's proposal to move the shipments to another entry point, Sudzha, north of Kharkiv and already outside the Donbass area, thus interrupting the supply. Gazprom claims that the change is not technically possible because of how its system works. In addition, "Gazprom has not received confirmations of force majeure and does not see any impediments to the continuation of work," said the Russian company's spokesman, Sergey Kuprianov, on Telegram.

Sokhranivka ships about a third (27%) of Russian gas flows into Ukraine, just over 30 million cubic meters of gas a day. The rest goes through the Sudzha station. The suspension is already noticeable: the balance indicates that the transit of Russian gas through Ukraine has been reduced this Wednesday to 72 million cubic meters, 25% less than on Tuesday, according to data from Gazprom.

Russia supplied about 40% of the European Union's gas demand last year, with about a third transiting through Ukraine, making it a linchpin in the continent's energy security.

Gazprom said it does not see any problem in continuing the flow of gas through Ukraine as usual, and that it is fulfilling all obligations to European customers.

In any case, it is the first time that the war in Ukraine has interrupted gas deliveries to Europe. Russian gas had been flowing through both entry points normally despite the conflict, though most of the time at rates lower than those envisioned in the transit agreement. Prices that had shot up to record highs have relaxed in recent weeks between the search for alternatives to Russia and an improvement in temperatures.

1 House of Lithium buys the Reby scooter company for... 2 Special Chemicals invoices 9.6 million and expects... 3 Britney Spears announces she had a miscarriage 4 The role of gases in climate change will be the focus... 5 Barcelona Health Hub seeks five million euros to accelerate... 6 Perelada makes the leap with its new large winery 7 These are the main mechanisms to suspend a judicial... 8 The DO and the cava employers criticize the forms... 9 Price of electricity on Wednesday, May 11, by hours:... 10 The CEOE recommends a staggered 8% salary increase... 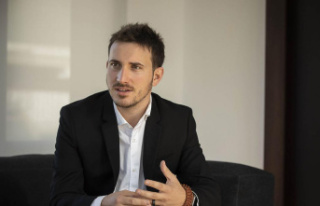 House of Lithium buys the Reby scooter company for...