The vulnerable of war

Irina has added one more routine to her life. 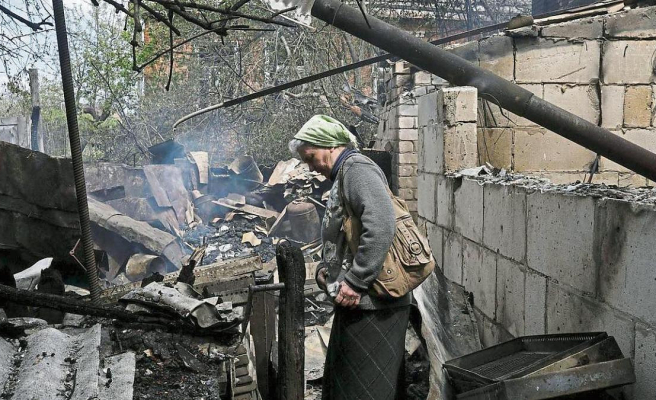 Irina has added one more routine to her life. She starts the day collecting water. Every morning she leaves the house, walks a few streets and stands in line to fill two plastic drums. For five weeks the pipes that supplied Mikolaiv were out of service; a bombardment in the vicinity of Kherson destroyed them. One more to add to the long list of difficulties that war brings

"Of all, this is the least hard," says Irina, who has waited more than 45 minutes for her turn to collect water. Almost all the people in her queue are older people - pensioners like her - who have decided that the cost of fleeing is greater than the cost of staying, despite the war. Common in most populations to which the war has been approaching.

The elderly are the ones who swell the list of people who resist the attacks and who suffer the consequences of war to a greater degree, such as the shortage of medicines, power cuts or having to live in frozen basements because their houses are on the front line. or have been half destroyed. “The biggest problem we have is our security. We have explosions, missile strikes, and it's very dangerous,” he says.

Irina, 67 years old, who worked as an English teacher until her retirement, takes advantage of the morning outings to sunbathe, now that the cold has subsided. A cluster bomb fell very close to her house in early April. The marks of the explosion are etched into the asphalt. They are recognized because they leave small circles surrounding a nucleus; like the shock wave that forms when a stone is thrown into the water. “It fell in the night; She was in my house and I felt the walls move”, she tells her as she makes her way to her apartment.

At times her eyes water, she says that she has decided to stay because here is the apartment she bought with her savings and that her pension is not enough to live as a refugee. And she is a widow. She has no one outside Ukraine. She has her daughter who doesn't want to leave either, her husband is a soldier and she awaits her return.

Irina remembers that at that time people were more supportive and had better hearts. In today's Ukraine there is freedom of expression - she celebrates it - but also more individualism. “Everyone is desperate for more,” she says. She locks herself up in her house every afternoon and doesn't come out again. She crosses her fingers that the attacks don't come that night.

"If a year and a half ago they told me that this situation would occur in my country, I would not have believed it... It was so unexpected, so horrible."

At the other end of the country, in Lysichanks, in the Donbass, Luba has spent eighty days of war living in the basement of a cultural center. She is 83 years old and spends most of her time praying next to a candle that illuminates the image of the Virgin.

There is no water here either, but the situation is even worse than they live in Mikolaiv. There is also no electricity, food is scarce and they have no connection to the world. They only know that the war continues because the explosions continue; his life today revolves around the rumors that circulate in the area. That the Russians are not so bad, that the Russians are close, that they will pay the pensions… They live mainly on what humanitarian workers bring them, but it is less and less. The battle for the province of Luhansk is centered around the road that connects this town with the rest of the country, but access is increasingly dangerous.

“The Russians attack the access roads and thus prevent the populations from being left alone. They know that if there is a population, we will not attack inside the city”, explained one of the officers who move along that front. In the area there is a lack of gasoline, it is very difficult to move around the region. At least half of the service stations have stopped working. And those that operate have limited fuel sales, in case they have reserves. The only thing that is achieved with relative consistency is butane, but the queues last for hours.

Orikhib is one of the last towns under the control of the Ukrainians in the south of Zaporiya province. The Russians, a few kilometers to the south, constantly attack it. Of the 14,000 people who lived there before the war, only a third remain. Seniors and women. Many live in a residential complex attacked in early May; a dozen apartments were damaged and windows shattered. The shelling is heard constantly. “They are trying to invade us. Our boys won't let them in. So they bombard the city with rockets”, explains Natasha, who is in charge of the supermarket.

The walls of Valentina's house have cracks from the daily explosions. She lives alone. This morning she brings him bread, rice and a few cans. She was born in 1941, a week before the start of World War II. Her mother abandoned her a few days later, her grandmother took her in, wanted to give her away, and she ended up in boarding school. She was able to build a life together with Sasha, her husband. But they all died. She also her two sons and her grandson. She only has her pension and the small flat in which she lives. “They ask me, Valentina, are you leaving? And I tell them no, where am I going to go?

1 Alfonso Rueda is sworn in as president of the Xunta 2 Turkey opposes the entry of Sweden and Finland into... 3 NATO: from languishing to growing after the outbreak... 4 NATO: Finland informs Putin of its membership project,... 5 Lisa Cook, the first African-American woman on the... 6 Alfonso Rueda is appointed president of the Xunta 7 The Government raffles the vetoes to the National... 8 Finland supports entry "without delay" into... 9 The wide front of Yolanda Díaz does not achieve the... 10 Aragonès does not consider the Pegasus case closed... 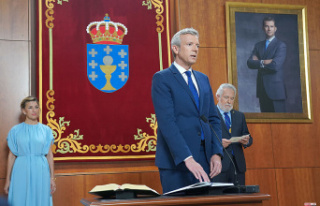 Alfonso Rueda is sworn in as president of the Xunta