Alfonso Rueda is sworn in as president of the Xunta

The sixth president of the Xunta, Alfonso Rueda, stated this Saturday at his inauguration, after being sworn in, that he is aware that, after "many years in the engine room", at this time his role is another : "Now it's my turn to go up to the bridge. 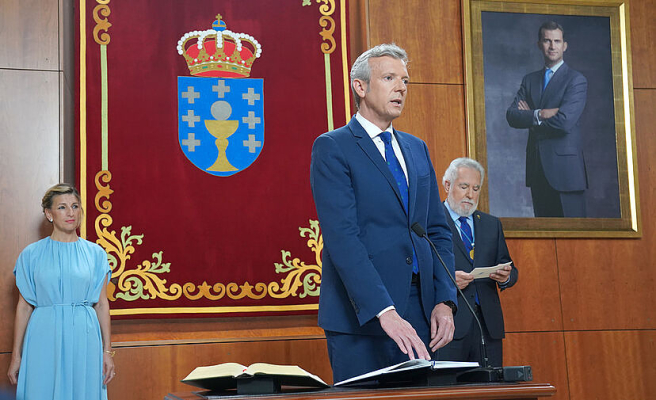 The sixth president of the Xunta, Alfonso Rueda, stated this Saturday at his inauguration, after being sworn in, that he is aware that, after "many years in the engine room", at this time his role is another : "Now it's my turn to go up to the bridge."

To date, the first vice president of the government of Alberto Núñez Feijóo, who has left the post to focus on the national leadership of the PP, has said that he is aware of the beginning of a "new stage" and has been moved when referring to his father, since deceased, and his family.

Alfonso Rueda, who has been brief, so that the solemn act has not exceeded half an hour, has charged against "adamism", an "evil" in politics, and has promised to be safe from the "myopia of localism" , just as it has guaranteed that it will not come into "collision" with other "elements" or with "other companies".

Faced with the complicated reality, he recalled that "the more unknowns", the greater determination, and that on his way he will be guided by a conciliatory and non-conformist Galicianism, terms that he does not find incompatible.

This "son of Galicia", whose long career does not "neutralize" his emotion, rather "accentuates" it, he has said, has vowed to maintain stability, moderation and unity in the remaining two years of the legislature, according to collects the agency Efe.

In fact, he has pointed out that "governing from moderation is the best antidote against intransigence, sterile divisions or polarization, which hamper coexistence and which in other places are already a sad characteristic of politics".

Rueda has defended his firm determination to preserve Galicia from the tendencies of rupture that are observed in other places and to contribute with "loyalty" to the strengthening of Spain and the common European project.

"We will never hide behind plurality to delve into disintegration, but we will claim it as an indispensable condition for unity," he promised.

And this man from Pontevedra greeted his land, "united by belonging, affection and the desire to make it free and prosperous".

"I appreciate and vindicate our past", he affirmed at another point in his speech, and immediately added that he has, however, "firm feet" in the present "and none of the difficulties of our people are alien to me or should never be."

"I am a son of Galicia whom Galicia entrusts to maintain its unity, its progress and its well-being", he has proclaimed, and, on that path, "without leaving any of our own behind, because then that advance would be incomplete".

Alfonso Rueda has been sheltered in the front row by his family.

Among the guests, he has had the comfort of his predecessor Alberto Núñez Feijóo, the former Prime Minister Mariano Rajoy, the Second Vice President of Congress, Ana Pastor, and his counterparts from Madrid, Castilla y León and Murcia, Isabel Díaz Ayuso, Alfonso Fernández Mañueco and Fernando López Miras.

On behalf of the Government, the Second Vice President and Minister of Labor, Yolanda Díaz, a deputy in the Galician Chamber before her landing in Madrid, attended.

1 Turkey opposes the entry of Sweden and Finland into... 2 NATO: from languishing to growing after the outbreak... 3 NATO: Finland informs Putin of its membership project,... 4 Lisa Cook, the first African-American woman on the... 5 Alfonso Rueda is appointed president of the Xunta 6 The Government raffles the vetoes to the National... 7 Finland supports entry "without delay" into... 8 The wide front of Yolanda Díaz does not achieve the... 9 Aragonès does not consider the Pegasus case closed... 10 Cleodolinda's sacrifice 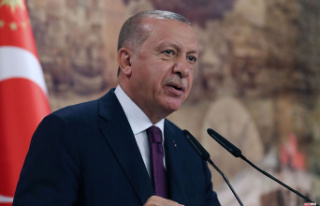 Turkey opposes the entry of Sweden and Finland into...