Ukrainian soldiers and hundreds of civilians are taking refuge in the depths of Azot, a chemical plant in Severodonetsk, in the Luhansk province, raising fears that it will become a new Azovstal, the Mariupol steel mill that suffered a terrible siege by Russian troops for several weeks, before being evacuated. 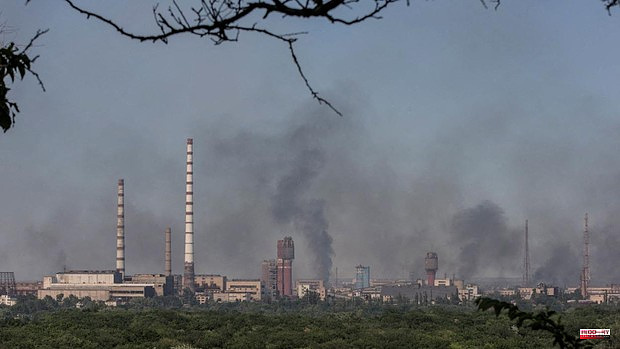 Ukrainian soldiers and hundreds of civilians are taking refuge in the depths of Azot, a chemical plant in Severodonetsk, in the Luhansk province, raising fears that it will become a new Azovstal, the Mariupol steel mill that suffered a terrible siege by Russian troops for several weeks, before being evacuated. According to information from the British Ministry of Defense, the Kremlin have called on the Ukrainians to lay down their arms, since the resistance in Azot prevents full control of Severodonetsk, a key city for Russian troops to advance in the invasion of Donbass.

For their part, pro-Russian sources have raised the number of civilian refugees to 1,200 people. "About 1,000 to 1,200 civilians from Severodonetsk could be in the Azot chemical plant," Rodion Miroshnik, a spokesman for the separatist Luhansk People's Republic, said in a message on Telegram.

The separatist militias of the self-proclaimed Lugansk People's Republic (LNR) today accused the Ukrainian troops defending the Azot chemical plant in Severodonetsk of having "burst" the evacuation of civilians from inside the factory. On Tuesday, the Russian Defense Ministry announced the opening of a humanitarian corridor between 8:00 a.m. and 8:00 p.m. to evacuate civilians from the Azot complex and facilitate the surrender of Ukrainian forces entrenched there.

But no one has given up and the humanitarian corridor has been used only by a 74-year-old man. These are the informations of the head of the garrison of the rebel militia of Lugansk, Alexander Nikishin, quoted by the Russian agencies. “This morning, around seven o'clock, a 74-year-old grandfather left there, he left alone. No one warned us beforehand," Nikishin said.

Already in the afternoon, the separatist forces assured that the evacuation attempt "has been broken" by the Ukrainian military. In this way, the situation increasingly resembles that experienced in the Azovstal steelworks in Mariupol, an almost impregnable bastion that Russian and separatist troops took two and a half months to reduce.

The mayor of Severodonetsk, Alexander Striuk, for his part, stated that “the Russians are trying to take the city from various directions. Taking into account that the bridges have been blown up, the enemy believes that they are putting psychological pressure on our soldiers (...) but we continue to defend the city and maintain the line of defense».

When asked if the units that, together with the civilians, are in Azot have already been besieged due to the blowing up of the three bridges, Striuk replied that "the destruction of the bridges has complicated the situation and the escape routes are very dangerous, but there are, they are not completely blocked.

According to the mayor, they are now doing everything possible to establish the necessary logistics and "find more or less viable solutions." Striuk assured that the Ukrainian Army “controls the Severodonetsk industrial zone and the perimeter that enables the connection with Lisichansk”, the neighboring city located a little further to the southwest, on the other side of the Severski Donets River.

The alderman insisted that "the fighting is still going on in the center of the city (...) it is a changing situation, with partial successes and even sometimes with tactical waste." Severodonetsk and Lisichansk are the last two towns that Ukrainian troops are defending in the Lugansk region. The rest of the enclave is already in the hands of the pro-Russian separatists and the forces sent to their aid by Moscow.

Ukrainian President Volodymyr Zelensky called on his troops Tuesday night to "hold out" to the maximum in Severodonetsk. In his words, "it is vital to stay in Donbass (...) the defense of the region is essential to estimate who will dominate in the coming weeks" on the battlefield.

1 Belarra challenges Ribera: Finance the transport subscription... 2 IAG expects a "complicated" summer at "many... 3 The Government will extend the 15% rise in IMV until... 4 Gas soars and nullifies the announced reduction in... 5 The Bank of England follows the path of the Federal... 6 The Ibex falls again after the rise in interest rates... 7 Iberdrola is the first company that allows you to... 8 Guindos underlines the ECB's "total commitment"... 9 A Madrid judge investigates Restalia subsidiaries... 10 The number of unfilled job vacancies in Spain rises... 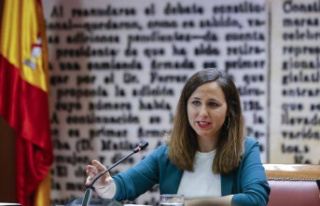