The Colombian presidential campaign, especially in this second round, has been atypical. 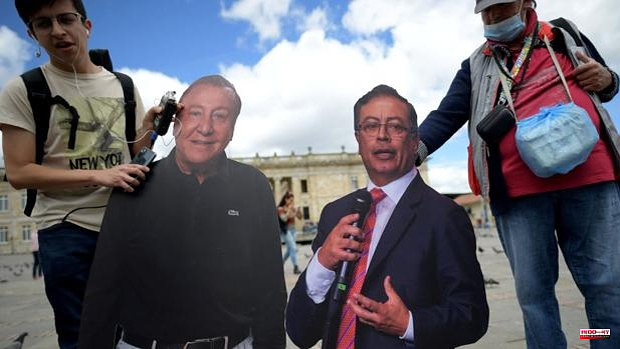 The Colombian presidential campaign, especially in this second round, has been atypical. Atypical in practically everything. But the latest evidence of how convulsive these three weeks prior to the June 19 election have been is reflected in the order of the Superior Court of Bogotá which, in response to a tutela and giving a maximum period of 48 hours, notified the two candidates – Gustavo Petro, from the Historical Pact, and Rodolfo Hernández, from the Anti-Corruption Governors League – hold a public debate. This, by mutual agreement and no later than this Thursday.

The matter is not minor if one takes into account that throughout these weeks the engineer Hernández has systematically rejected any meeting with Petro to discuss his government program and the solutions that he promises to bring to Colombia.

His campaign advisers, perhaps aware that the leader of the left has indisputable experience in public debates, prefer to protect Hernández behind the microphones or cameras of the media, instead of bringing him out into an open confrontation with Gustavo Petro. , who says he is ready for the meeting.

But notification does not oblige, according to many jurists who have commented on the Court's ruling. The original argument of the guardianship – also atypical in the national electoral scenario – is that citizens have the right to know the final proposals of the two candidates and that, in this way, the democratic discussion is strengthened by receiving “true and impartial information” . However, there is no rule that obliges the candidates. And if someone takes the path of challenging the ruling and submits the case to the Supreme Court of Justice, within 20 days for its pronouncement, the election will have already been completed.

The debate behind the debate has many edges. Let's start with the polls, which since last Sunday can no longer be published, but which have left the message of a technical tie in the imagination and in the media, with figures that fluctuate between 48% and 46% in voting intention; and only two of them give Petro an advantage, with the most significant distance in Yanhaas, in which the left-wing leader is 10 percentage points ahead of Hernández (45.5% compared to 35.5% in the intention to vote). Thus, any false start can cost any of the candidates the presidency.

Another important edge is that of smear campaigns or accusations between campaigns, a negative impact that the two candidates are trying to repair. In these three weeks, scandals and complaints of all kinds have been uncovered. On the side of the Historical Pact campaign, the leaking of videos where its leaders and marketing and communication strategists plan ways to discredit Petro's contenders, without noticing almost nothing, especially in the face of the last first round.

On the side of Hernández, called to trial on July 21 to answer for a case of corruption during his tenure as mayor of Bucaramanga, he is also on the scene. Who has declared himself as the anti-corruption candidate does not seem so pristine, at least not in the eyes of the Prosecutor's Office, which due to the Vitalogic case has formally summoned him to trial given an "undue interest in contracting" in a garbage issue, for which his son would receive a millionaire bribe. This investigation is joined by disciplinary sanctions that the candidate dismisses as actions of his political enemies. However, in the leaked audios it is clear that for the candidate "the law does not matter", as he says, reinforcing comments about how he has built his company by interpreting the law or taking advantage of gray areas of justice.

At this time, it is not yet confirmed whether there will be a debate or not between the candidates. On the street and in the media it is more alive than ever and promises to last until next Sunday.

1 China insists on the legitimacy of the Russian invasion... 2 A Russian missile hits the train of the NGO of the... 3 Ukrainian military and hundreds of civilians take... 4 Belarra challenges Ribera: Finance the transport subscription... 5 IAG expects a "complicated" summer at "many... 6 The Government will extend the 15% rise in IMV until... 7 Gas soars and nullifies the announced reduction in... 8 The Bank of England follows the path of the Federal... 9 The Ibex falls again after the rise in interest rates... 10 Iberdrola is the first company that allows you to... 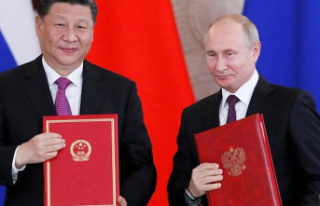 China insists on the legitimacy of the Russian invasion...