The Constitutional Commission of the Senate has rejected this Tuesday a motion of Citizens (Cs) that urged the Government to promote a reform of article 2 of the Constitution to eliminate the distinction made between 'nationalities' and 'regions'. 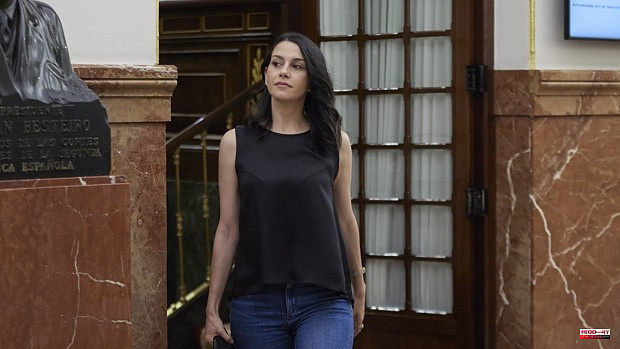 The Constitutional Commission of the Senate has rejected this Tuesday a motion of Citizens (Cs) that urged the Government to promote a reform of article 2 of the Constitution to eliminate the distinction made between 'nationalities' and 'regions'. The PSOE and the PP have voted against the initiative of the Liberals, before what they have criticized on Twitter: «The bipartisanship joins nationalism to reject the proposal of Cs to end the distinction between 'nationalities' and 'regions ' in article 2 of the Constitution. They unite to maintain privileges.

The PSOE has even presented an amendment, defended by Susana Díaz, which expressly asked to eliminate the text of Cs and support the validity of the current wording of article 2 of the Constitution.

This Cs proposal was announced by its president, Inés Arrimadas, at the gates of the Andalusian electoral campaign, with the registration in Congress of a non-law proposal that proposed the modification of that constitutional precept, replacing the terms 'nationalities' and ' regions' for the recognition of the seventeen autonomous communities currently in existence, as well as the autonomous cities of Ceuta and Melilla.

According to the theses of Cs, the original concept of 'nationalities' has been perverted by nationalism claiming privileges, creating an artificial distinction with the rest of the regions and giving rise to "first and second" territories. For this reason, in the formation of Arrimadas they see it necessary to modify the text of the Magna Carta so that it complies with the spirit that, he points out, the constituent fathers imprinted on it.

The motion debated this Tuesday in the Constitutional Commission of the Senate is a 'twin' initiative to the one registered in Congress, where it has not yet been debated, but where a different result is not expected either. Even Vox opposes the approach of Cs, but for consolidating the current State of the autonomies, which criticizes the party of Santiago Abascal.

In Cs they accuse the PSOE and the PP of allowing nationalism to continue using "a wording that sought to unite consensus as a subterfuge to abound in inequality between Spaniards, on the grounds that there are first-class and second-class territories." The party, as it has spread on its communication channels, "regrets the excuses of bipartisanship to shield Spain as free and equal in the Constitution." "For decades PSOE and PP have allowed the self-interested use of article 2 to justify systematic concessions to nationalism," says Cs. Senator José Luis Muñoz Lagares has vindicated the spirit of the Transition and the 1978 Constitution.

1 The museums of the Valencian Community will exhibit... 2 Scotland announces an independence referendum for... 3 Map of the provinces with the most expensive gasoline 4 Daron Payne: Talks between my agent, my coach and... 5 Drama in the world of K-Pop: BTS announce a "temporary"... 6 Report: It appears "likely" that Roger Goodell... 7 Report: Robert Quinn is not expected to attend Bears... 8 Mike McCarthy believes Dak Prescott will be running... 9 Brief history of Galician wine: from the triumph of... 10 Rolex and Rabat Tarragona celebrate the second stage... 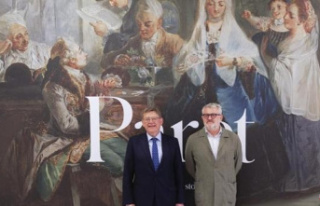 The museums of the Valencian Community will exhibit...