Brief history of Galician wine: from the triumph of the Albariño in the court of England to the Ribeiro that Graham Greene drank

There was a time, centuries ago, when Galician wine had as much —or even more— global consideration than it does today. 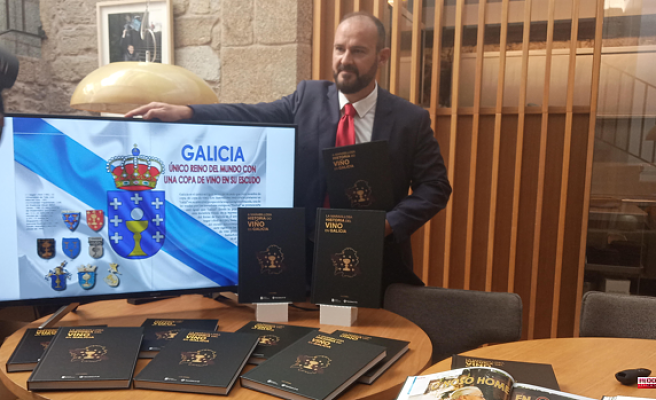 There was a time, centuries ago, when Galician wine had as much —or even more— global consideration than it does today. It was highly prized in the courts of England, and traveled to the New Continent soon after it was discovered. These and a thousand and one more stories are collected by the journalist Luis Congil in the new book 'The wonderful history of wine in Galicia', a documentary and informative work on Galician varieties over the centuries. It begins with a fact that reflects the inseparable relationship between wine and Galicia: its coat of arms is the only one in the world that has a glass of wine. Medieval illustrators had drawn this chalice because European troubadours pronounced the kingdom's name, 'Galice', almost the same as 'calice'.

A visual metaphor that continues to this day.

One of the greatest ambassadors of Galician wine was, in fact, also the ambassador of Spain. Diego Sarmiento de Acuña, the first Count of Gondomar, at the beginning of the 17th century, sent the delicious wine from the Rías Baixas to the English courts: among the British enthusiasts of it was Francis Bacon. The count, Congil says, developed a "wine diplomacy" in the country where he was ambassador. The author of the book jokes: «Before gin and tonic, in the British Royal House there was Albariño and Ribeiro». Diego Sarmiento loaded entire fleets with these traditional Galician wines on their way to England, for James I and his court to taste. They were years of relative stability between both powers, and the sweet taste of the wine —and, perhaps, also its graduation— had something to do with it.

It is one of Congil's favorite anecdotes about local wine, but his book compiles many more that demonstrate the international nature of the local product. The Xacobeo is not only an open door to economic opportunities today, but since its inception it was already understood as such. It played a crucial role in the first "golden age" of Galician wine, as Congil calls it. «Since the first Holy Year was declared, the wine trade skyrocketed. The ships that brought pilgrims returned with empty cellars and filled them with wine," says the journalist, so the Galician product "traveled throughout Europe."

But you can't always be on top. After this "golden age", already in the 20th century, came very difficult years for Galician wine. The World Wars cut short the European trade in Galician brands, which were already experiencing turbulent times. The wineries lost "the tendency to appreciate what is their own" and as in an identity crisis, they lost value. Years before, they had fought against the invasion of phylloxera. The plague had left great havoc on Galician crops.

But "the varieties were revalued" and regained strength in the national and international market. Figures like the novelist Graham Greene found pleasure and inspiration in the Ribeiro. Since 1946, when he arrived in Spain as a spy for the British intelligence service, Greene spent many days with Leopoldo Durán, a priest and professor at the Oseira monastery (Orense). From there and between glasses of wine, they organized numerous trips around Spain that would serve as the seed to write 'Monseñor Quixote' in 1982.

1 Rolex and Rabat Tarragona celebrate the second stage... 2 Cocaine adulterated by the genitals: the modus operandi... 3 Mazón will ask the EU to extend the cold treatment... 4 Pope: Traditionalist Catholics "gag", church... 5 Last minute of covid in Castilla-La Mancha: 33 dead,... 6 Pope condemns Russian 'cruelty' but praises... 7 The rock priests will give a concert in Chueca on... 8 A rare look at the birthplace of nuclear subs 9 Color filter for display and sensing using an all-dielectric... 10 This training bundle teaches you how to automate repetitive... 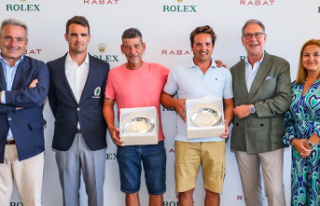