Scotland announces an independence referendum for 2023

Scotland's chief minister, Nicola Sturgeon, promised on Tuesday that the independence referendum scheduled for next year will be held "legally", even if it does not have the approval of Westminster. 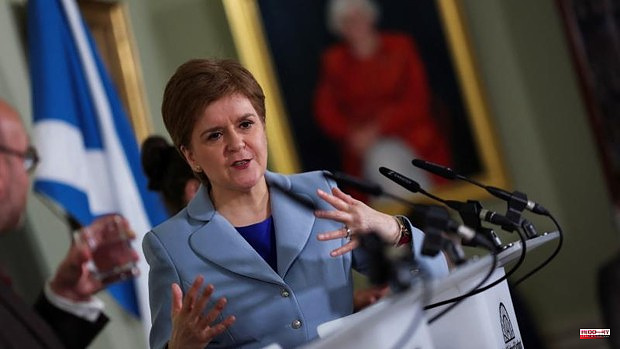 Scotland's chief minister, Nicola Sturgeon, promised on Tuesday that the independence referendum scheduled for next year will be held "legally", even if it does not have the approval of Westminster.

The leader of the Scottish National Party (SNP) has relied on the "indisputable democratic mandate" that she has to carry out a popular consultation on the independence of the territory after the last elections, in which she was one seat away from achieving the the majority, although it has the support of the Greens.

Thus, he has stressed that his government is entitled to call a referendum and that it will be done legally even if it does not have the approval of the United Kingdom. “We must forge a way forward, if necessary without a Section 30 order”, the mechanism already used in 2014 by which London temporarily passed the power to legislate a referendum to Holyrood, the Scottish Parliament.

"I am ready to negotiate a Section 30 order if you now decide you are a Democrat," Sturgeon said, referring to British Prime Minister Boris Johnson. “What is going to change is that I will establish a legal path to go without a Section 30 if that is what is required. We have a government in the UK that doesn't respect democracy and doesn't respect the rule of law," he said.

In that sense, Sturgeon has advanced that "very soon" he will complete a "significant" update of this entire process before Holyrood, which at the moment is in the legal advice phase. Revealing any details now would violate ministerial code, he has said.

Sturgeon's words took place during the presentation of the new campaign to disassociate from London and the report entitled 'Independence in the modern world'. Richer, happier, fairer: why not Scotland?', and in which an analysis of the performance of the United Kingdom is established in a series of economic and social indicators in relation to other European countries, such as Austria, Belgium, Denmark, Finland, Ireland or Norway.

Sturgeon has pointed out that Johnson "has no democratic authority in Scotland, nor the moral majority anywhere" and has recalled that issues such as Brexit took them out of the European Union and the single market against their will, causing significant damage to trade , the standard of living and public services.

“Are we still tied to a UK economic model that condemns us to relatively poor economic and social outcomes that we are likely to start rather than improve outside of the European Union, or do we instead look up with hope and optimism and take inspiration from comparable countries? of all Europe exposed? », has the leader of the SNP.

"It is time to debate independence (...) Scotland today is even more prepared than in 2014," defended Sturgeon, who was accompanied by the co-leader of the Greens, Patrick Harvie, who advocated "drawing a different future » at a time when they are forced to respond to global challenges «with their hands tied» and while Westminster makes decisions for them.

Asked about how to deal with a possible border situation like the one that is taking place in Northern Ireland, Sturgeon has recognized that if Scotland is in the European Union there will be problems, regulatory and customs requirements, but she trusts that they can be handled in a better way and that the benefits outweigh the challenges.

For their part, from number 10 Downing Street they have responded to the new campaign for independence by assessing that "this is not the time to talk about another referendum" and that they trust that the Scottish people want and expect both governments "to work together » to solve «global challenges» such as the high cost of living, the war in Ukraine and the rest of «issues that are important to their families and their communities».

Scottish Labor have also questioned Sturgeon's speech, which they have disgraced to be "playing politics while people's lives and livelihoods are at stake." “Thousands of Scots are forced to choose between heating and eating and even more face steep rises in their bills; our NHS (public health system) is in disarray with loss of life as a result and our transport infrastructure is crumbling before our eyes," Scottish Labor leader Anas Sarwar told the BBC.

"That Nicola Sturgeon turns her back on the problems facing the people of Scotland and decides on this problematic point in her own obsession is a sad example of how out of touch this government is," Sarwar said, for whom the head of government agreed. it serves Johnson and the Conservatives "to fuel their own political ambitions."

1 Map of the provinces with the most expensive gasoline 2 Daron Payne: Talks between my agent, my coach and... 3 Drama in the world of K-Pop: BTS announce a "temporary"... 4 Report: It appears "likely" that Roger Goodell... 5 Report: Robert Quinn is not expected to attend Bears... 6 Mike McCarthy believes Dak Prescott will be running... 7 Brief history of Galician wine: from the triumph of... 8 Rolex and Rabat Tarragona celebrate the second stage... 9 Cocaine adulterated by the genitals: the modus operandi... 10 Mazón will ask the EU to extend the cold treatment... 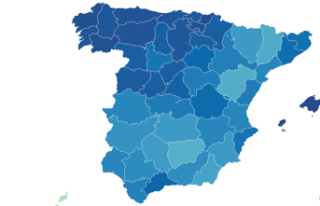 Map of the provinces with the most expensive gasoline