Until next Friday, the Superior Sports Council (CSD) collects the endorsements of the candidates who want to run for the presidential elections of the future Women's Professional Soccer League (LPFF). 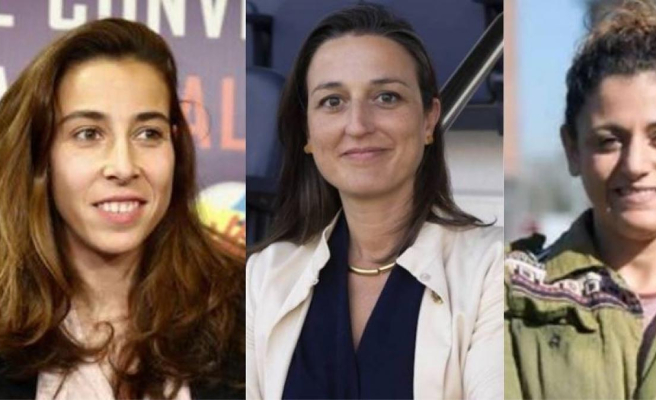 Until next Friday, the Superior Sports Council (CSD) collects the endorsements of the candidates who want to run for the presidential elections of the future Women's Professional Soccer League (LPFF). To date there are three women who have presented their pre-candidacies: Maria Teixidor, Ainhoa ​​Tirapu and Beatriz Álvarez, but now they must formalize their candidacy by presenting the endorsement of at least four clubs.

Of these three candidates, the only one that has made a public presentation of its program has been the former director of Barcelona Maria Teixidor. The former Athletic Club player announced that she was applying through social networks but has not given many details of what League she wants to build, while in the case of Beatriz Álvarez, not even the protagonist herself has publicly applied. Her candidacy came to light through a leak to the press and the only thing that is known is her relationship with the Association of Women's Soccer Clubs (ACFF).

In this sense, Amanda Gutiérrez, the president of Futpro, the majority union of Spanish soccer players, confesses that only one candidacy has explained their program to them: “Obviously we cannot position ourselves, nor will we, but unfortunately we have only had access to the candidacy of Maria Teixidor. She has been the only pre-candidate who at the time sent Futpro the electoral program of her candidacy and she explained to us everything she wanted to do and we are completely unaware of the proposals of Ainhoa ​​Tirapu and Beatriz Álvarez. In fact, we have not spoken with either of them, ”she acknowledges in statements to La Vanguardia.

Gutiérrez clarifies that "Futpro is not going to position itself" in favor of any candidacy, but he values ​​the proposal of the former Barça director very positively: "Maria Teixidor is the promoter of women's Barça, women's Barça is what I know today thanks to Maria Teixidor . In addition, she is bringing an investment fund of 40 million and a company that is going to put 10 million for the naming of the League. I think it is a fairly solid candidacy and with people with experience in the position. Ignoring the other two candidacies, I have to say that Futpro does not dislike Maria Teixidor's candidacy at all”, he points out.

Once the CSD verifies the endorsements, and as long as there is more than one official candidacy, presidential elections will be called and the candidate who obtains the support of at least 9 of the 16 clubs will be elected president. In the event that there is only one candidacy that meets the four required endorsements, she will be appointed president without these elections having to be held.

Since the professionalization of the Women's League was announced last year, there have been many obstacles that have been delaying the process. The lack of agreement on the statutes and the demand for unanimity on the part of the CSD made it difficult for months to continue advancing and it has also taken a long time to start the process of electing the presidency. From Futpro they warn that there can be no more delays: "We are going very late, there is a lot of work to do". And it is that once the presidency has been elected, the entire structure of the new League must still be built, as well as negotiating the collaboration agreement with the Spanish Federation for the organization of the next season. In addition, the collective agreement expires in June and once the employers' association is constituted, they will have to sit down with the unions to negotiate the new text.

1 Bagnaia arrebata la 2 Xavi: "When you don't win and you're... 3 Ancelotti: "Hazard stays" 4 Chelsea - Liverpool: schedule and where to watch the... 5 MotoGP France: Schedule, TV and where to see the classification... 6 Djokovic beats Auger-Aliassime and will face Ruud... 7 Curry and Thompson lead the Warriors back to the West... 8 Two forties in Seville, the drama of the City of Valencia... 9 They ask for a year and a half in prison for a man... 10 The Canary Islands close the door to the gas that... 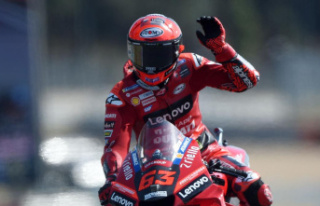