The long epilogue of the 'Feijóo era' still has a chapter left, such as the one that is being written, between this Saturday and Sunday, at the Pontevedra Fairgrounds: the 18th regional congress of the PPdeG, convened in an extraordinary way to light the replacement by Alberto Núñez Feijóo, after his leap into the national political arena. 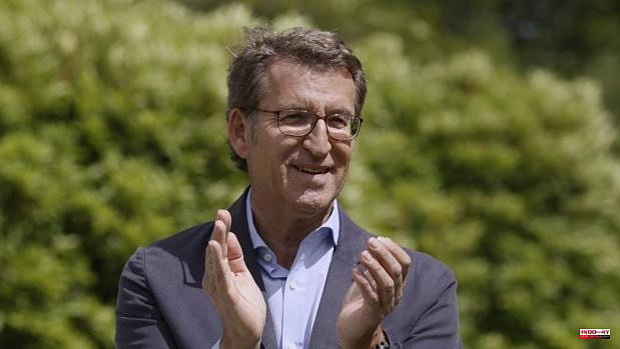 The long epilogue of the 'Feijóo era' still has a chapter left, such as the one that is being written, between this Saturday and Sunday, at the Pontevedra Fairgrounds: the 18th regional congress of the PPdeG, convened in an extraordinary way to light the replacement by Alberto Núñez Feijóo, after his leap into the national political arena. Tomorrow, at the stroke of 12, Alfonso Rueda will be proclaimed the new leader of the party at the regional level. "Just as I said that I expected to be up to the challenge that I assumed as president of the Xunta, I hope to do the same as president of the PPdeG," he said this Friday in Vigo, in statements to the media.

The PPdeG arrives at the congress with some unknowns resolved and several to resolve.

It is known, since Thursday, that the regional deputy Paula Prado is the one chosen to inherit the general secretary that will be left vacant by Miguel Tellado, deputy secretary of organization in Genoa with Feijóo. An appointment with which Rueda made clear her willingness to bet on profiles with experience in the game. This is the case of Prado, of whom her boss said that she “meets all the conditions” to assume a responsibility that is not —and whoever exercised it for so many years knows it well— nothing “simple”. His predecessor, Tellado, guaranteed that he could not think of "anyone more prepared, loyal and hardworking."

But questions remain. In the case of the deputy secretaries, the announcement of the chosen ones will allow unraveling if there is distribution of territorial power among the four provinces. Another question that awaits an answer is who will preside over the PP of Pontevedra. This Friday the party reported that Rueda was leaving the position, since the statutes establish that it is incompatible to hold more than one regional position. Since Sunday, the general secretary in the province, Luis López, assumes the functions of the presidency "on an interim basis (...) until the election of a new president." The names that sound to succeed Rueda in Pontevedra are those of María Ramallo, mayor of Marín, and Román Rodríguez, Minister of Culture, Education, Professional Training and Universities.

Beyond the new team that Rueda reveals this Saturday, the congress on the banks of the Lérez will serve to offer a definitive farewell to Feijóo within the regional heart of the party. For practical purposes, he already had to cut ties at the end of March, before the Seville congress from which he was elected leader of the PP. But since then the popular Galicians have experienced an interim situation, with Tellado as general secretary, and de facto head of the formation; but, like Feijóo, busy with his new national competitions.

The PPdeG faces a new congress ahead of schedule as the culmination of a relief that no one counted on, and that comes just a week after the succession was signed in the Xunta. Less than a year ago, in Santiago, Feijóo was re-elected at the head of the formation. The time has come for Rueda, after a process that he once again claimed this Friday as "exemplary" and resolved "in a very short time." «He showed that there was a united party. I am very proud of how the PPdeG and the PP of each province behaved », he celebrated.

The program sets that Rueda will defend his candidacy this Saturday at 6:50 p.m. Before intervening, among others, Cuca Gamarra and Elías Bendodo, general secretary and national coordinator of the PP, respectively. On Sunday, at 11.55, proclamation. And immediately, the closing, with interventions by Rueda and, finally, by Feijóo.

1 Aranda de Duero (Burgos) registers the highest temperature... 2 Summary of More beautiful life episode 4545 of May... 3 Rick Bowness s'en va 4 Joonas Korpisalo remains in Columbus 5 Romy Schneider: Is her death at 43 still a mystery? 6 Borne government: "We take the same ones and... 7 Takeover of Sunwing by WestJet: an assessment ordered... 8 Bucha videos document war crimes 9 Ayuso elected president of the PP in Madrid with 99.12... 10 Loquillo and Los Zigarros will perform at the 5th... 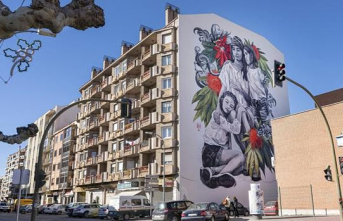