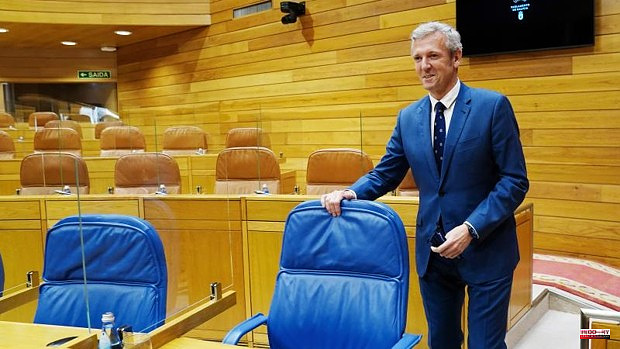 Alfonso Rueda took the initiative. Before the opposition did, the president of the Xunta made a move and summoned the leaders of the PSdeG and BNG, Valentín González Formoso and Ana Pontón, respectively, for next Monday, June 6, respectively, with the aim of reaching a consensus a "common agenda" of the three parties represented in the regional Parliament in defense of Galicia. Rueda's objective, as he explained to the press on Monday, is to seek consensus on certain issues that affect the Community, such as the situation of Primary Care or the distribution of European funds. «What I hope is that in some matter we are able to have a joint position and that it can be transferred to the President of the Government when he receives me (...) I am going to listen to them and I think it is very important to take a common position of Galicia against necessary demands”, added the Galician president.

The PP called on the opposition to attend those meetings next week with "sensible" proposals and "far from demagogic positions." And both the PSdeG and the BNG also took advantage of their respective appearances before the press to expose the demands that will put Rueda on the table. Socialists and nationalists agree, for example, in demanding measures to solve the "collapse" of primary care.

Rueda will seek consensus positions with the opposition, but making it clear that it is the PP that has the absolute majority in the regional Chamber and, therefore, the talks must be based "on the basis of the government program that deserved the support of the Galicians ». The parliamentary deputy spokesman for the PPdeG, Alberto Pazos, warned this, insisting that the PSdeG and the BNG cannot "pretend to impose" proposals that, in the 2020 regional elections, were "rejected by Galician society." In this sense, he asked the socialists and nationalists to bring proposals "focused on the problems that concern the majority of Galicians" and to be "far from demagogic positions, which only seek a good headline but lack a solid base on which carry on."

For now, the opposition has assured that its intention is to address with the new president of the Xunta issues that do concern Galicians, such as primary care and aid policies for dependent elderly people. For now, the Socialists consider "a good start" that Rueda meets with the opposition leaders to agree on a "Galician agenda." Of course, in the ranks of the PSdeG they fear that Rueda intends to use these meetings "to put together" a speech against the central government of Pedro Sánchez. “We are willing to defend Galicia as far as necessary, but the president must exercise his powers, that is the horizon,” added the PSdeG spokesman in the regional Parliament, Luis Álvarez. Pontón, for his part, assured the press that he will attend that meeting with the will to "solve the country's problems."

Together with the claim for a swerve in care policies for the elderly and the commitment to innovation to strengthen the Galician productive fabric, Formoso will bring to the meeting the "concern" of Galicians about the "health collapse", according to Álvarez. . The socialist insisted that in Galicia "there are difficulties for your own doctor to attend to you, for them to assign you a room when you enter the emergency room and waiting lists of six or seven months for a diagnostic test." Faced with this situation, Formoso will claim "effective measures" and not "occurrences" from the president of the Xunta.

The health care situation is also among the "priorities" of the nationalists in their meeting with Rueda: they will demand an "improvement plan" through a program of 200 million euros, which, according to Pontón, is "perfectly viable" for regional administration. The BNG will also demand "a new model of care for the elderly", which "does not allow" speculation in a residence system, which, for the nationalists, must be public. The socialists agree with the nationalists in calling on Rueda to reverse "the excess" of privatization in the autonomous system of residences.

1 Matandrino, the abandoned village sold for 100,000... 2 In October, LVMH invites the public to see the luxury... 3 Chamaloc. Fatal biker accident: An investigation is... 4 Soccer. Mercato. Bayern Munich announces Corentin... 5 Disappearance. On Wednesday, Macron will preside at... 6 A sanction against a doctor for reporting suspicions... 7 Final Pro D2: 2,500 seats at Stade Montois, Montpellier... 8 «There are many more things that can unite Feijóo... 9 The Alvia court paralyzes the procedure while waiting... 10 Valladolid celebrates in a big way the promotion to... 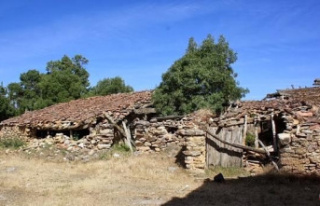