The criminal court number 2 of Santiago has decided to paralyze the trial procedure for the Alvia train accident in the Galician capital in 2013 while waiting for the Xunta to communicate the place where the process will be held. 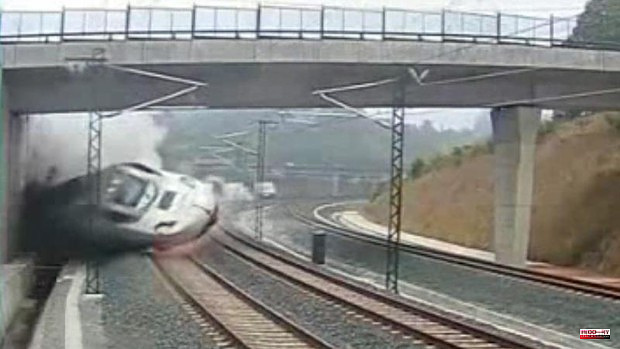 The criminal court number 2 of Santiago has decided to paralyze the trial procedure for the Alvia train accident in the Galician capital in 2013 while waiting for the Xunta to communicate the place where the process will be held.

This has been transferred to the parties by the lawyer of the Administration of Justice in a diligence issued on May 25 in which he communicates the paralysis of the procedure until the General Directorate of Xustiza sets the location where the trial will take place.

Sources from the Second Vice Presidency consulted this Monday by Europa Press have pointed out that the intention of the Autonomous Administration continues to be that the process be held in the Cidade da Cultura de Santiago and that "it will communicate this shortly to the court, as soon as issues are decided of logistics”.

These same sources refer to the characteristics of a "very complex" trial in which 700 people are called to testify and which could last for a period of nine months.

The location of the Gaiás complex has been pointed out on several occasions, both by the Xunta and by the Superior Court of Justice of Galicia (TSXG) itself, as the ideal place to hold this trial, which is scheduled to start on the 5th of october.

The allegations presented by three lawyers in the case have forced the Criminal Court number 2 of Santiago to postpone it to the beginning of the tenth month of the year of the trial for the accident in which 80 people died and 144 were injured.

Specifically, the lawyer of one of the defendants, the director of Traffic Safety at Adif at the time the line was put into operation, Andrés Cortabitarte, the director of the Victims Platform Alvia 04155 and the lawyer of one of the insurers alleged that they already had other trials previously indicated on the same dates, for which they demanded the suspension or change of appointment of some of the sessions.

In this way, the oral hearing, in which the participation of more than 700 witnesses and experts is planned, will begin on October 5. For its part, the criminal part will take place until February 3 and the civil action will begin on February 14 and will last until mid-June.

From June 20 and until its completion, the court has reserved Tuesdays, Wednesdays and Thursdays for documentary practice, conclusions and reports.

1 Valladolid celebrates in a big way the promotion to... 2 The PP demands that Miguel Esteban be a basic health... 3 Gazprom cuts Russian gas supplies to the Netherlands... 4 Bordeaux: A septuagenarian was raped by a police officer.... 5 Some neighbors seek subsidies on their own to cover... 6 Bordeaux: A 75-year old pedestrian was seriously injured... 7 Soccer. Women's Euro: Corinne deacon plays parity... 8 Gironde: A fire in an elderly residence 9 These are the cheapest hours of electricity this Tuesday 10 Miscellaneous facts. Trafficking in antiquities: The... 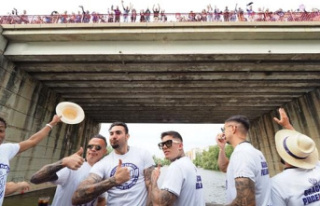 Valladolid celebrates in a big way the promotion to...