Just arrived from Paris, where he traveled by car with his brother to watch the Madrid game against Liverpool, he receives ABC at the Palacio de Fuensalida, less than a year before the regional and municipal elections. 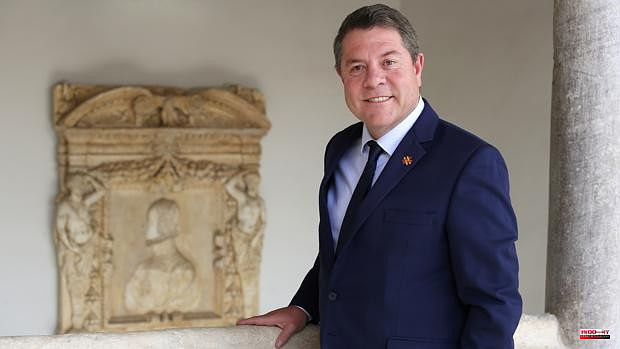 Just arrived from Paris, where he traveled by car with his brother to watch the Madrid game against Liverpool, he receives ABC at the Palacio de Fuensalida, less than a year before the regional and municipal elections.

Do you feel strong enough to overcome a possible PP-Vox tandem in Castilla-La Mancha?

We are used to challenges. The party that I represent has obtained, except on one occasion, the confidence of the citizens and also with a huge difference with respect to the results in general and other elections. With each passing year, each legislature and each election there are more people who focus on the interests of the region instead of national or global winds. I have an absolute majority and it could have been a very comfortable legislature.

And it turns out that we are going through three chained crises and I feel a little expert in overcoming crises and challenges. Here we climb, we go uphill. It is the advantage of being from Toledo, that I know how to climb hills.

Is the PSOE afraid of Vox in Castilla-La Mancha, electorally speaking, or should the PP be?

Fear is not recommended in politics, what you have to have is clear ideas. The problem is that the 2007 crisis opened the doors to endless demagoguery and populism. A part of populism is represented by organizations such as Podemos —I am not saying that they are all the same—, with a high dose of populism in their approaches. Taking advantage of the anxiety of the moment, populism is represented by the independentistas in a clear way, in this case with a territorial DNA, but we see how they have deceived so many millions of people in Catalonia and in the rest of the world, who are now precisely beginning to See reality. And above all the null expectation that there is about the objectives that had been set. That populism has also caught on in the field of the right, there is no turning back. Therefore, there is no need to be afraid but clear ideas. Citizens cannot be voluntarily deceived. One can be deceived, but when you applaud things that you know are not possible or real, but rather are an exhaust pipe or an outlet, you are making a serious mistake. And I hope that citizens do not fall into that error.

Do you think that the 'Feijóo effect' can harm you in Castilla-La Mancha ahead of the elections?

Everything influences and Feijóo has to ask for the vote for the PP also in Castilla-La Mancha. I have commented with him that there is an element that unites us both: we have been in politics for a long time and neither of us has had to do political cross-dressing throughout our careers. He has arrived where he is basically with the profile that he had when he started and without making Copernican turns or lurching; and I, personally, think I have not given a banzado in my life. We can be boring but not adventurous.

But, could it harm you in Castilla-La Mancha?

If coherence and a certain vision of Spain become fashionable again, albeit with different social and economic goals, I believe that all of us who believe in the Spanish Constitution will win.

Can the 'Feijóo effect' benefit the PP of Castilla-La Mancha?

If the national PP rises, it will influence the PP of Castilla-La Mancha, but I honestly think that there are many more things that can unite Feijóo with me than with the president of the PP in Castilla-La Mancha, except for one: that they are from the same party.

Would the PSOE and the Government be wrong if they maintain the same tactics with Feijóo as with the previous PP?

Clearly. I think that the PP, in a very traumatic way -I have always had a very good personal opinion of Pablo Casado-, and quite bloodily, has cut a path that in principle did not offer them security of success, and they have opted for what the PP believes that it is a safe value. That alone would have to make the PSOE and the Government have a different strategy. I think that with the Feijóo president of Galicia there has been a fairly high attitude of dialogue and consensus from the Government of Spain, and now that role of Feijóo as president of the Xunta cannot be erased.

As president of an autonomous community there is a capital issue such as regional financing. What, in your opinion, is the current government not doing well in this regard?

First of all, deal with it. It is true that with the complex political climate in Spain, reaching an agreement, with the stress that each vote entails, and a law to address issues that must last more than a generation, is very complex. The first conclusion that the State must reach, whether the PSOE or the PP governs, is to make a sincere and real reading of what their powers are and therefore the overfinancing that the State has with respect to what are the powers that they have been assuming. the autonomies, which are much more than expected and which are undervalued. It is not about taking money away from Catalonia or the Balearic Islands or Extremadura, but about establishing a clear criterion of what powers each community should have and what level of services and expenses. Right now we are not only calling for a fair, balanced and realistic model with the competences of each one, but we are also trying to stop the bleeding that is taking place from the Government of Spain, which, without having direct jurisdiction over many things, makes decisions that cost it then pay the autonomies. It is the I invite and you pay policy. Obviously we have to sit down, and of course a PSOE-PP conversation would be positive because we have the clear idea that financing does not have to pay for independence, but for unity.

Are you worried about the rise in the CPI to the point that the Board will have to change some economic forecasts and take other measures?

The CPI and economic inertia are issues that are above autonomy. We influence at street level but not in the macroeconomy. But it is affecting us a lot. The rise in energy prices influences, for example, the cost of hospitals, or the problems we are having with public works. These costs can already lead us to another crisis in itself, and that is what must be avoided.

Can a regional government help the citizen by lowering taxes, as Paco Núñez insistently proposes?

We have one of the lowest tax pressures in Spain, by far. We have just reduced taxes for an important part of the population that needs it most. It is not about lowering taxes like crazy, but about saying who is lowered and who is not. Cospedal arrived in Castilla-La Mancha proposing a radical reduction in taxes, and ended up doubling them, although they were small because the collection capacity of the communities is small. The things of the macroeconomy do not go through the autonomies.

How do you see Paco Núñez?

I have a reasonably normal relationship with him. When he needs something we talk and when we propose something, too. There is some normalized dialogue. I don't think he can say that he has closed doors to talk about many things. I see it from an institutional perspective. Anything I can say electorally hurts him, or worse, hurts me.

About the electoral survey in the region that the PSOE has done and that gives it as the winner, what do you read?

On the polls I am a little more skeptical than most. In any case, I think there is one thing installed in the region and that is that no change is needed here, that things, although they have to improve, are working. I notice a very good climate, but precisely overconfidence can lead to confusion, and they will not catch me in that overconfidence. The real possibility that a PP-Vox government can be formed is there, but what that is going to do is motivate a lot of people not to be indifferent to the regional elections, which is always important. It is curious, because I see that Feijóo shuns any understanding with Vox, while in Castilla-La Mancha we are in the only case in Spain in which they do not even want to wait for the results, but have already knocked on Vox's doors to go accomplices in the elections. It is an unheard-of case, but it reflects Núñez's lack of confidence in his own results.

How far do you think Vox can go electorally in Castilla-La Mancha?

It will largely depend on the candidates, although in Vox it is not so because it is the brand. If the candidate is Ortega Smith, as is speculated, it is very difficult for me to think that he is the vice president of the community.

Today the LGTBI Law of Castilla-La Mancha comes into force. What do you think of the writing of the bishops of the region where they criticize certain aspects?

I think they do not disagree so much with the law as with the movement and the concept itself. I believe that this will be the only LGTBI law that has been approved unanimously, and I believe that there are laws that are a little more surly with approaches from the Catholic Church, in Madrid without going any further, or in Galicia. I think it is in a totally normalized line. It is not an extravagant law or one that complicates anyone's life, nor does it break any seam.

We say goodbye to Emiliano García-Page, who says, for today, Regional Day, that «we are going to celebrate 40 years at the service of Castilla-La Mancha and we must take advantage of this day to reflect, that we all share the common trunk of what Spain is».

1 The Alvia court paralyzes the procedure while waiting... 2 Valladolid celebrates in a big way the promotion to... 3 The PP demands that Miguel Esteban be a basic health... 4 Gazprom cuts Russian gas supplies to the Netherlands... 5 Bordeaux: A septuagenarian was raped by a police officer.... 6 Some neighbors seek subsidies on their own to cover... 7 Bordeaux: A 75-year old pedestrian was seriously injured... 8 Soccer. Women's Euro: Corinne deacon plays parity... 9 Gironde: A fire in an elderly residence 10 These are the cheapest hours of electricity this Tuesday 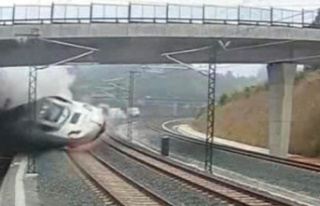 The Alvia court paralyzes the procedure while waiting...