The polls in Italy reward coherent parties with a clear programmatic line (Fratelli d'Italia on the right and the Democratic Party on the left) and have severely punished the ambiguity of certain political forces that change position according to the convenience of the moment, such as the case of the League of Matteo Salvini and the 5 Star Movement that have fallen off the cliff in the last electoral consultation, especially this last party. 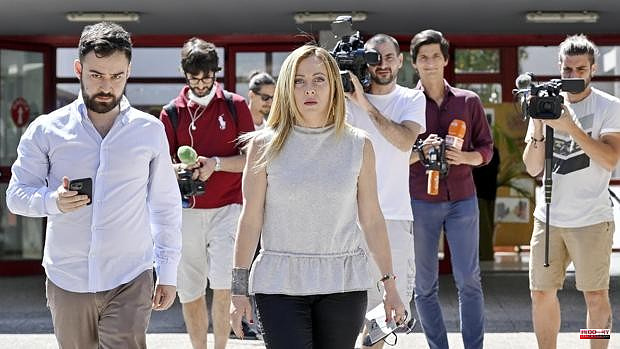 The polls in Italy reward coherent parties with a clear programmatic line (Fratelli d'Italia on the right and the Democratic Party on the left) and have severely punished the ambiguity of certain political forces that change position according to the convenience of the moment, such as the case of the League of Matteo Salvini and the 5 Star Movement that have fallen off the cliff in the last electoral consultation, especially this last party.

It is a fact that municipal elections are characterized by the fact that voters usually give their support to good administrators, but, in addition, in the local elections held on Sunday in Italy an important political signal has been given, anticipating a trend that will be reflected in the general elections scheduled for next spring.

The center right has been the winner of the first turn of the municipal elections, with 43.8% of the votes, compared to 41.9% of the center left. Within two weeks it will be the second round, only in municipalities with more than 15,000 inhabitants in which no candidate reached an absolute majority. The essential political fact in the center-right coalition is that Fratelli d'Italia, led by Giorgia Meloni, clearly surpassed Matteo Salvini's League even in northern Italy, until now a traditional league fiefdom. Frattelli d'Italia, with almost 22% of the votes, is the only important party that is not part of the national unity government chaired by Mario Draghi, benefiting at the polls for its opposition work. Meloni has provoked his allies, Liga and Silvio Berlusconi's Forza Italia, inviting them to leave the Draghi government, but the response has been negative. The League has suffered a spectacular loss of consensus due to Salvini's ambiguity and many mistakes: It has ceased to be a national party and has gone from reaching 34% in the 2019 European elections to losing more than half of its votes in these elections.

In the center left, his voters reward the coherence shown by the leader of the Democratic Party (PD), Enrico Letta, who is the most faithful supporter and in greater harmony with Prime Minister Draghi. The PD is the first party in the big cities, confirming the consensus of 22% given by the polls, followed by Fratelli d'Italia and Liga. The center-left coalition is being held back by the 5-Star Movement led by former Prime Minister Giuseppe Conte, a party that has obtained its historical low, 2% nationally, a reflection that it has not taken root in municipal politics. Despite the debacle of the M5E, which has shown to have a marginal presence in these elections, the party founded in 2009 by the comedian Grillo conditions the government's policy, as it won the 2018 elections with more than 32% of the votes and it is the majority force in Parliament and in the Government.

A surprise has emerged in the political center: the Calenda phenomenon. The deputy of the European Parliament and former Minister of Economic Development, Carlo Calenda (49 years old) achieves a very striking result with Azione (Action), a liberal party that he founded in 2019. Calenda, who was minister between 2016 and 2018 and left the Democratic Party, has achieved good results throughout Italy, with a consensus of its candidates ranging between 12 and 23%, figures well above expectations. The political center is thus strengthened and a coalition of centrist forces could play a key role in tipping the balance in the alliances that could be formed to form a government after the next legislative elections.

In short, the municipal elections have changed the balance of the right (Fratelli d'Italia now has primacy) and the left, where the M5E is almost irrelevant, while the political center is being reinforced. In view of these results, the Draghi government seems firmer in the short term. On the 21st there will be an important parliamentary debate on support for sending arms to Ukraine, which is opposed by the League and the M5E. Its leaders, Salvini and Conte, follow the trend of Italian public opinion on this issue, which is mostly opposed to sending weapons to Ukraine. But neither Conte nor Salvini will be able to endanger the Government on this issue.

It will be in the autumn when the Draghi government will be put to the test by some parties, with the debate on the budgets. By then, the political forces that make up the Government of National Unity will practically enter an electoral campaign and will think above all of satisfying the demands of their own electorate, given the proximity of the general elections.

1 Patricia García Barros, new director of the unit... 2 Lorenzo Amor (ATA): "We are not going to betray... 3 Cryptocurrencies deepen their losses and bitcoin loses... 4 The Euribor suffers the largest monthly rise in history 5 Serena Williams, the infinite legend returns to Wimbledon 6 The collapse of Piqué: from success in everything... 7 The women's team signs a "historic"... 8 Report: Browns and Panthers still discussing Baker... 9 Mónica Oltra travels to Venice while her accusation... 10 Kremlin critic Navalny moved. Supporters don't... 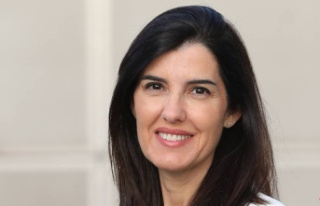