The collapse of Piqué: from success in everything to chain problems

From a successful man, in football and in business, in life, until problems accumulate. 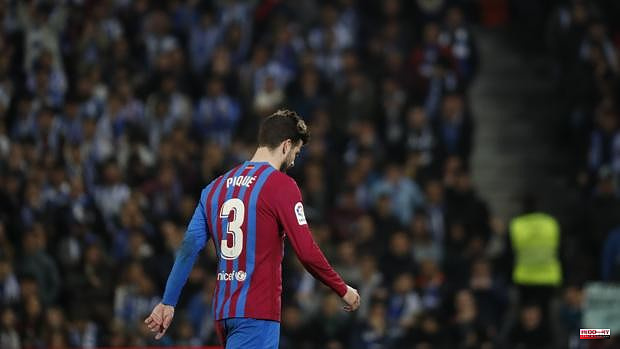 From a successful man, in football and in business, in life, until problems accumulate. Pique collapses. A pristine image that is now falling apart, his family stability has been broken, his activities other than football are beginning to be frowned upon, his teammates point him out and his coach doesn't love him either. The empire collapses. Piqué is at a crossroads. The Barcelona center-back is going through one of his worst moments as a professional, bad news has become routine. Since his talks with the president of the Federation, José Luis Rubiales, to bring the Spanish Super Cup to Saudi Arabia were uncovered in April, a cascade of blows has accumulated around him.

The recurring injuries, his active business and social life and, most recently, his separation from Shakira, an accumulation that has made Barcelona question what role it should play in the group for the coming years.

Piqué met two weeks ago with Xavi Hernández to put the future of the Catalan center-back at Barcelona on the table. His former teammate and now his coach, as well as the team's leadership, are very concerned about his off-sports problems, which have appeared routinely in recent months. Xavi does not question the quality of Piqué, one of the best defenders in European football in the last decade, but the one from Tarrasa is ambitious for next season, he plans to build a very competitive Barça and he sees that Piqué, weighed down in what Physically and mentally, he can be an anchor in the takeoff of the team, which needs a good campaign after years of disappointments.

Barcelona will forge a project around its young promises. Pedri, Gavi, Ansu Fati, Ferran Torres and Araujo, among others, have shown that despite their age they are ready to compete on the most demanding and hostile pitch, but they need a stable environment to be able to develop their full potential . For this reason, Barcelona wants to eradicate all the toxic environment that drags the previous generation, somewhat disenchanted after being disqualified in a humiliating way in the Champions League for several seasons (Juventus, Roma, Liverpool, Bayern Munich). It is also in this section where the presence of Piqué is concerned, who has increased his night activity and it is feared that he could generate bad influence as happened with Ronaldinho, Deco and company in 2009, when Barcelona hoped to be reborn at the hands of Guardiola and Messi and the most veterans acted as stoppers.

In the meeting, which was quite tense (Piqué disputed practically all of Xavi's points), many topics were discussed, from Piqué's leaked conversations with the president of the Federation, José Luis Rubiales, to his separation from Shakira. Xavi also showed him his concern about the number of public appearances that the center-back has due to his hectic business and social life (Kosmos, Andorra, Twitch), and explained that, right now, he will not be a starter for the season that comes. The coach prioritizes meritocracy to sew his starting elevens and before the impressive irruption of Araujo and the signing of some reinforcement for the defense (Christensen), Piqué runs out of space in his plans. He even raised the possibility of him retiring, something that the central defender quickly dismissed, as he considers that he still has a lot to give to Barcelona.

The center-back also had another meeting with Joan Laporta, in which Mateu Alemany, Barcelona's director of football, and Sergio Busquets, an authorized voice in the Barça dressing room, were also present. Laporta was concerned about how he is dealing with his separation from Shakira, but it was the soccer player's salary, one of the highest in the squad, that took up most of the conversation. He proposed a new discount, something that would largely solve the team's short-term financial problems, for the summer, in order to make a more competitive squad.

It was just a trial, but Piqué has taken all these messages in a very positive way, he wants to overcome the difficulties and once again be one of the important pieces that will lead Barcelona to be in the race for the big titles. In fact, he even told Laporta that if he signed the best central defender in Europe, he would be his substitute next year.

In recent days he has gone to the sports city of Barça, without exception and at 9 in the morning, to recover from the injury that he has suffered in the last stage of the campaign (tendinopathy). He also accepts that he should lower his public appearances in everything that he does not have to do with the first team. Without going any further, he has canceled his attendance at a publicity event in Valencia to promote the Davis Cup, a competition that his company, Kosmos, manages. He will also reduce the intensity of him on social networks, including his Twitch channel, where during the last season he appeared live after Barcelona games to talk to his followers. After the storm of recent weeks, Piqué is absolutely convinced that he can return to playing at the highest level in football and mentally.

1 The women's team signs a "historic"... 2 Report: Browns and Panthers still discussing Baker... 3 Mónica Oltra travels to Venice while her accusation... 4 Kremlin critic Navalny moved. Supporters don't... 5 The Catalan Government spent 3,250 euros on a luminous... 6 Poland changes its judiciary law and demands that... 7 An Irish driver arrested for traveling at 285 kilometers... 8 The TC says that the sanction for obstructing the... 9 Calculate how much your electricity bill is left with... 10 What you should know and what rights you have if your... 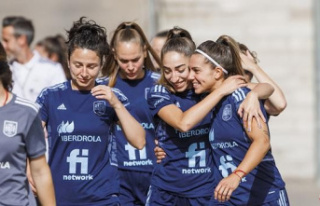 The women's team signs a "historic"...