The open veins of United We Can

Heraclitus and Plato argued in the 5th century BC. 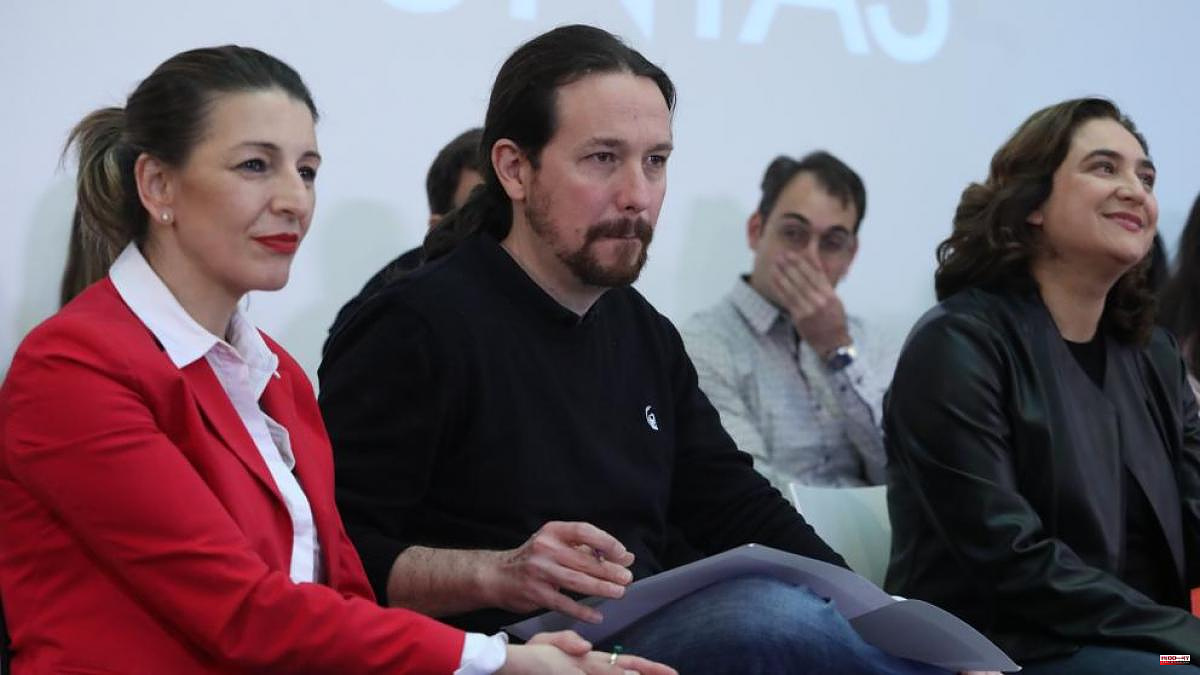 Heraclitus and Plato argued in the 5th century BC. C. if Theseus' ship remained the same if all its parts had been replaced. A crucial question of identity that plagues United We Can these days, given the urgent need to replace the resistant Pabloism of the last five years, which saved the space, with the expansive Yolandismo of the future, which has to widen it and guarantee its future. A transition that former Vice President Pablo Iglesias decided when he left politics and that now challenges him in an open crisis of which the preparation of the Andalusian lists is only the first grossly public episode, the outcrop of a divergence that has been incubating since the fall – when IU proposed joint primaries and Podemos said no – and offering growing symptoms of infection since last January.

One detail: the concern of the Socialists to see its left buttress crack – expressed before with a small mouth and now in public – is eloquent of the gap. The left wing of the Government is fraying. There are pouts, whispers and ministers who do not greet each other, with a catalog of grievances and wounds that reveal the efforts to position themselves before the future leadership of Díaz and the consequent distribution of power. The irony – which is not because it is full of an imperishable Shakespearean logic – is that the most uncomfortable and nervous subject today is Podemos, the work of Iglesias, just the one who entrusted Díaz to ride the future and achieve the comeback after years of harassment , exiles, schisms and patent losses, both in the human capital of the project and in the electoral one.

The reasons for the litigation are obvious: Yolanda Díaz's effort to build a political identity that goes beyond the United We Can brand – "the parties must be there but they must not be the protagonists" – is experienced in Podemos as a disdain that offends memory of what those of Iglesias have done in the last five years, with tremendous personal sacrifice, spied on, harassed and denigrated like no other Spanish politician.

This ordeal introduces a strong emotional element in the relationship between the management of Podemos and the rest of the space. "If you manage to bring me down, I will become more powerful than you can imagine," Obi Wan Kenobi told Darth Vader in that distant 1977 minutes before the destruction of the Death Star. And indeed, Kenobi let himself down and since then he appeared to Luke Skywalker to guide him in the Jedi training course. And Luke listened sometimes. Thus, Iglesias, who left but is still there, speaking to the grassroots in articles, gatherings and a daily podcast where he feeds his resistance.

Since January, each political dispute has become an excuse for the members of the space to display a game of positions behind which they measure their forces and place their pawns for whatever comes. The most repeated phrase of Iglesias reads: "The important thing is the correlation of forces." That's what all the differences are about, which were subtle with the labor reform but patent with the shipment of weapons to Ukraine. But every pulse yields a result: the position of Vice President Díaz was supported by the commons and by the IU –despite the fact that for an important sector of the formation and the PCE the Russian issue is high voltage–, and Podemos was left alone. One day after the general secretary of Podemos, Ione Belarra, slipped a serious accusation against the PSOE, the party collected cable at a press conference. Nor did the elections in Castilla y León, in which Iglesias overturned, improve the assets of the United We Can brand, to the point of being left out of the regional courts.

Despite the tensions between the Andalusian leaderships of IU, PCA, Podemos and Más País, the southern battle was just another scenario to settle the capacities of each one – "the correlation of forces" – and once again Podemos had to give in in the last minute. Too late, for administrative purposes, but on time, for political purposes. Immediately, the Podemos candidate, Juan Antonio Delgado, called the unit and put his best humor at the service of the candidacy. So on Monday the issue seemed resolved at the expense of clarifying administrative issues, but the anger of Podemos was beating for a treatment that it considered unfair from IU and also from the PCE. The position of Enrique Santiago, general secretary of the PCE and secretary of state in the Belarra ministry, was key in that negotiation, and the one who until then had been a main axis in the relations of all the others became the new adversary. of we can Another adjustment in the correlation of forces: Comunes, IU, PCE, in addition to Compromís and Más Madrid trust in the Díaz solution. We can suspect.

The bad mood of this latest skirmish was expressed in the press conference after the Podemos executive, calling the Andalusian coalition the "first step of Yolanda Díaz's broad front." It was not an innocent accusation, but the assignment of blame for the eventual Andalusian misstep. Díaz shook him off immediately: "My process will begin after the elections." And that night, Iglesias expressed in Ser the crudeness of his anger with what happened in Andalusia and with Díaz. He mentioned the bicha, the role of the "Errejón party", resurrecting the ghost of Carmenismo and exciting its bases, who the next day launched the hastag against the vice president

The bases obey the bugle calls of Iglesias, but in the political space there is confusion. Many positions, inside and outside the party, diagnose that Podemos has to accept – as the ICV and IU did in their day – that their brand is withered, turned into a space of resistance without the capacity to grow and that it must accept being diluted in the new space. . But also, that Díaz is not making this solution easy for a leadership group marked by fire for the punishment received, the uncollectible debts and the personal sacrifices. A political conflict marked by a wounded sentimentality.

Less passionate minds abjure the epic semantics of "loyalists and traitors" and advocate talking about "political disagreements" to remove blood and stomach from a process in which, before the crowd of territorial organizations, IU and Podemos are called to structure together Diaz's state offer and prevent it from being a mere coordinator of political provinces.

Theseus's ship has an intriguing derivative, now that the deaf rumor of the possible rupture is suspected: if we consider that the ship is still him even though all its parts have been replaced, what would happen if we built another one with the removed parts? Which of the two would be Theseus' ship? Juan Diego Botto gave an elegant and lucid response to this inveterate paradox in his Lorca masterpiece Una noche sin luna: identity is the memory of others, others with their gaze point to the authenticity of Theseus' ship. If true, it would prove one of the political axioms of the electoral analyst Jaime Miquel, author of La perestroika de Felipe VI : "The electoral market is not governed by supply but by demand." The countrymen rule, not the parties, he usually says. They will decide which is Theseus' ship. And what the boat of Charon.

1 The CNI investigated the formation of a government... 2 Ukraine wins the Eurovision Song Contest 2022 3 Criminals break into the house of the Chilean Defense... 4 North Korea registers 300,000 COVID-19 positives in... 5 More than 70 planes will fly over London for Queen... 6 Zelensky assures that support for Ukraine serves to... 7 Peru sues Repsol for 4,300 million for the oil spill 8 “The war with NATO is one of the three that Putin... 9 The scant intelligence of the intelligence services... 10 Boxing: Charlo beats Castano and unifies super-welterweight... 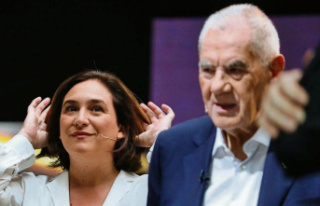 The CNI investigated the formation of a government...