A Mossos d'Esquadra agent suffered a traffic accident while on duty. 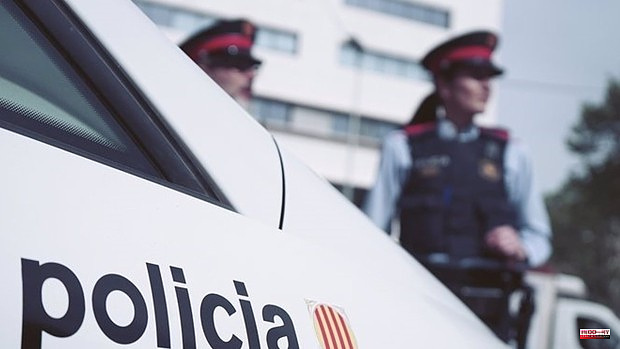 A Mossos d'Esquadra agent suffered a traffic accident while on duty. As a result of the incident, she was treated by the psychological cabinet of the Department of the Interior. It was during those sessions that she reported that, in the fall of 2019, she had been the victim of abuse by one of the doctors of the Ministry. This information reached the Equality Unit of the Corps, which did not offer support to the woman.

The sequence of events was as follows: from the unit they contacted the affected person by telephone. They asked him to explain what happened, and then to write an email, to put it in writing. The assessment commission determined that it was not a case of harassment, but of abuse. That is, of a criminal act, and they summoned her to file a complaint.

The agent formalized -already in February 2020- the complaint at her own police station, but she expected someone to assist her and that never happened. She had no accompaniment, nor psychological help. For this reason, the Sap-Fepol and USPAC agent unions lament the inaction of the General Directorate of Police (DGP) and the Department of the Interior, until TV3 uncovered the case.

It was the affected person herself who, given the lack of support from the DPG, went to one of the union organizations -Sap-fepol-, to ask for help in the face of what had happened. And it is that denouncing an alleged abuser who belongs to the same workplace as the victim, can lead to "errors in the confidentiality of the investigative proceedings, in addition to a parallel trial and stigmatization in his social circle," explains Pere Garcia to ABC , general secretary of the union.

So far there are already five agents who have reported being victims of the same doctor, who worked in the Interior Occupational Health and Surveillance Service since July 2017. At the meeting of the Extraordinary Council of the Police this Thursday, the secretary general of the Department, Oriol Amorós, has explained that they were aware of the alleged crimes in June 2021.

The first measure adopted by the Ministry was to assign him a nurse, who acted as supervisor when he passed consultation. Later, when a court opened a case against the doctor, the Interior forbade him to attend to agents who were women. Finally, after Sap-fepol sent a letter to the DGP on May 13, a week later, the Department removed the doctor from the service. That is, he was suspended from employment and salary.

The unions' claim is that the Corps' management ensure care for the victims and that they do not feel alone, emphasizes Garcia, who recalls that it is a mistake for the Ministry to try to justify the fact that, when the case broke out, it was under the command of another owner. "The Department has enough structure to prevent this from happening," he stresses.

For this reason, the Mossos organizations request a revision of the protocol against sexual harassment of the Corps so that it guarantees the accompaniment of the victims. “The reality is that, despite knowing that the doctor had been charged since June 2021, it was not until May 2022 that the precautionary suspension of employment and salary was adopted, without it being possible to guarantee that more agents have suffered abuses. during this time », they censor from USPAC.

1 Caxton College stimulates art in its classrooms with... 2 The Generalitat tightens the protocols to ensure that... 3 Castilla-La Mancha is equipped with an "ambitious"... 4 The 'beaches' of Madrid Río are operational... 5 Eurocaja Rural and Toledo taxi drivers renew their... 6 The mayor of Alicante guarantees that the mascletás... 7 The Basque Country breaks its record of contributors 8 The engineer Óscar Villenueva, new Deputy Minister... 9 These are the new luxury stores of Galerías Canalejas,... 10 Blocked a website for hacking hundreds of books, newspapers... 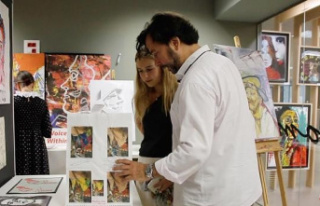 Caxton College stimulates art in its classrooms with...