«I have been a teacher for 28 years and only twice have I been asked to teach the class in Spanish. 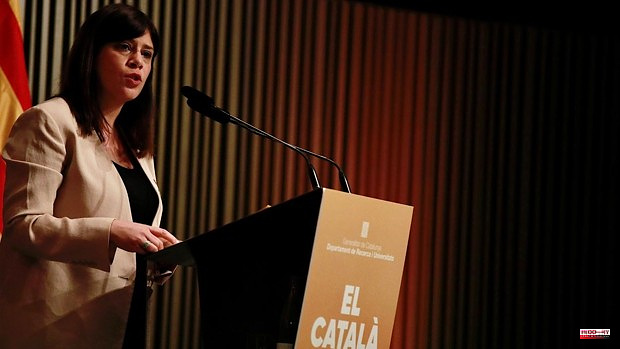 «I have been a teacher for 28 years and only twice have I been asked to teach the class in Spanish. They were Erasmus students. What I did is ask them to come to my office and I told them 'this happens to us here. What I cannot do is change the class from Catalan to Spanish just for one student'. And I kept doing it in Catalan«. With these explanations, Jordi Casademont, professor of Telematics Engineering at the Polytechnic University of Catalonia (UPC), narrates his experience with Catalan at the faculty.

His testimony is one of those that was heard this Thursday in a video that was broadcast during the act of the Catalan Department of Research and Universities to address its plans to strengthen Catalan in the university and research system, an act in which The desire of the Government to shield the regional language has been reinforced, in this case in the faculties.

During the event, which was entitled 'Catalan, meeting point' and which was held in front of dozens of teacher representatives, several students, from Erasmus and also from the rest of Spain, were heard without any problem, or even in some cases delighted, with the fact that they had to learn a new language to continue with their studies.

"It has been a wealth for me," highlights Daniele Colozzi, an Italian student in the video. On stage, teachers and students have also narrated the same story. For example, Marta Caballero, a predoctoral researcher from Toledo who has been in Catalonia since July 2020 and who has assured that learning Catalan was "an attraction" for her. Or Andreu Pulido, from the University of Girona, and who explained that "they are used" to welcoming students who want to learn Catalan and that, for example, in their faculty, this year they have trained some 400 foreign students. A reality that, in no way resembles, the one that other groups, such as S'ha Hacet! o School for All, they regularly denounce for not being able to study in Spanish despite being an official language in Catalonia.

"We start from a job very well done", remarked Xavier Quinquillà, general director of Territorial and Social Impact of Knowledge, who has encouraged teachers to continue working to reach "the horizon of 80% of classes in Catalan" in all faculties , «from Alicante to Perpignan». He recalled that the Generalitat, in this last mandate, has established a mailbox to complain about incidents due to language changes and that so far this year, 64 cases have been detected (of which almost half were resolved with a new language change and the rest were caused by last-minute teacher substitutions). All the reported cases had to do with Catalan, Quinquillà pointed out, "which confirms which is the minority language and the one that must be protected."﻿

From the department, they have highlighted that progress has been made in terms of transparency and linguistic security with new tools in various areas. In a first phase, they want to strengthen teaching in Catalan and for this, for example, a collection of indicators is being established in all universities, not just public ones, and research centers to find out its linguistic uses or places have been increased to train secondary school teachers in Catalan, because many had to go to take the specific master's degree outside of Catalonia, which was "an anomaly".

In this same sense, the Catalan universities, which have participated in the work sessions on the plan, have agreed to start asking their professors with a contract of more than two years to accredit the C1 level of Catalan, an idea that the Generalitat already pointed out months. The C1 accreditation will have exceptions due to temporality and for teaching or researching in a third language, and teachers will have to provide an official degree. In practice, this new condition for teachers goes beyond current regulations, since a 2010 decree set a minimum required level that "ensures the competence of teachers to participate adequately and correctly" in academic tasks, but did not specify that level was C1.

In addition, they provide that teachers commit to maintaining the language announced before the start of the course so that all students can know the language of a subject even before they enroll and that, in the case of groups in Catalan, material will be provided and exams mostly in Catalan. Universitats has also recalled that a commission will be activated to ensure the deployment of new protocols to strengthen Catalan in universities.

"Catalans are experiencing a complex and delicate situation for many reasons: we had to make a contribution from the department," defended the Minister of Universities, Gemma Geis, who closed the event and stressed that this line of action "is not of the department, it is an act of the country« because it is a «duty and responsibility» of all to work for the «use of Catalan as a normal language» in the faculties.

For all these reasons, Geis has conspired with university and teaching representatives to continue advancing in a plan “made from rigor, with serenity, from centrality, consensus and inclusion. They will not be able to contrast the policy of defense and strengthening of the Catalan language with the very essence of international knowledge. “We are agreed and committed to the fact that expressing ourselves in Catalan around the world is compatible”, he has sentenced.

1 Castilla-La Mancha is equipped with an "ambitious"... 2 The 'beaches' of Madrid Río are operational... 3 Eurocaja Rural and Toledo taxi drivers renew their... 4 The mayor of Alicante guarantees that the mascletás... 5 The Basque Country breaks its record of contributors 6 The engineer Óscar Villenueva, new Deputy Minister... 7 These are the new luxury stores of Galerías Canalejas,... 8 Blocked a website for hacking hundreds of books, newspapers... 9 The Basque Parliament unites to request an improvement... 10 The businessman José Luis Prada is named favorite... 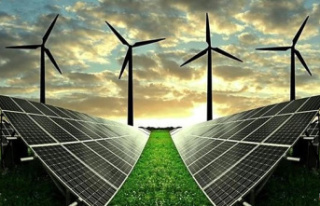 Castilla-La Mancha is equipped with an "ambitious"...