Energy represents 60% of all greenhouse gas emissions and climate change depends on how its production and consumption are managed. 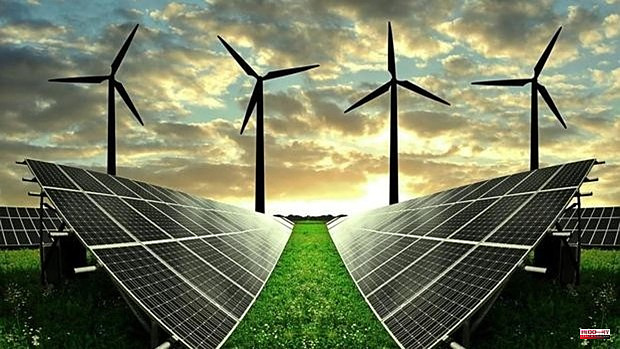 Energy represents 60% of all greenhouse gas emissions and climate change depends on how its production and consumption are managed. For this reason, public administrations must play a leadership role in the deployment of the energy transition with small actions and with larger ones. The Government of Castilla-La Mancha is well aware of this, where nearly 79% of the installed power comes from renewable sources, almost 22 points more than the national average, and it is the autonomous community of Spain that has installed the most photovoltaic energy in the last year. Not surprisingly, King Felipe VI recently inaugurated the largest green hydrogen plant in Europe and the National Hydrogen Center has been recognized as a reference, both infrastructures in Puertollano.

All this work is what the new and "ambitious" 'Strategic Plan for the energy development of Castilla-La Mancha, Horizon 2030' presented this Thursday by the Minister of Sustainable Development, José Luis Escudero, with which he intends to achieve «energy sovereignty» for Castilla-La Mancha. He has been accompanied by President Emiliano García-Page, who has taken advantage of the event to announce that the autonomous community will receive another 31 million euros for self-consumption from European funds during this month of June.

"We have to bet on sustainable development and whoever does not do so will lose competitiveness," he stressed, while thanking the team from the Ministry of Sustainable Development for drawing up this plan "which thinks about the future and the next generations ». “There is no business that is worthwhile that is not sustainable,” she has stated.

García-Page has been convinced of the importance of this plan having been agreed upon and already on the way to being fulfilled. In his opinion, “governors must work on three levels, solve the unforeseen potholes that arise day by day; think about the day after tomorrow and projects for the future and deliver on promises », he said, to which he added that « all this requires stability and predictability ».

In this way, three days before World Environment Day is celebrated on June 5, this plan has been presented, approved by the Governing Council, which includes a series of measures and objectives agreed upon with representatives of various public and private entities that have been present at the act that has taken place in Toledo. In this way, the Minister of Sustainable Development has highlighted that this strategy contemplates investments close to 20,000 million euros and the creation of about 9,000 jobs a year in its initial development, which could become 16,000 jobs a year by 2030 , in addition to achieving a 38 percent reduction in carbon dioxide emissions associated with energy consumption.

José Luis Escudero has highlighted that the approval of the 'Strategic Plan for the energy development of Castilla-La Mancha, Horizon 2030' in the Governing Council comes at "the most necessary moment, since the double climate and energy emergency we are facing helps us to redouble our commitment to mitigate them, promoting a fair, responsible energy transition, with the development and implementation of an energy model based on the development of renewable energies for which we are betting under, social and environmental criteria, and with the highest standards” .

In this sense, he stressed that "the so-called clean energies represent, as an addition, a great opportunity for socioeconomic development, since they attract wealth and create jobs in the territory, a priority for this Government, especially in rural areas, where they are settling many of the wind and solar farms. Thus, he recalled that in 2021 investments in relation to the implementation of renewable plants mobilized 500 million euros in Castilla-La Mancha and created 2,500 jobs. The estimate for this year 2022 is that the installations of new renewable energy plants will attract an investment of more than 700 million euros and about 3,000 jobs during the different phases of their construction.

Escudero has pointed out that the strategic plan aims to enable the region to achieve future 100% renewable electricity generation, prioritizing the use of low-emission energy sources, and accelerating the implementation of "other key aspects of energy policy such as is the security of supply, achieving less dependence on imports, and finally, achieving a reduction in the price of electricity, also improving the competitiveness of the system thanks to the implementation of efficiency measures».

He went on to highlight that this plan analyzes the socio-economic aspects that affect both consumption and the energy situation and its evolution, reflecting that "Castilla-La Mancha is an energy exporting Community that has a significant surplus produced that can be used to satisfy the demand of other neighboring regions, especially Madrid and the Valencian Community». In line with this statement, he has outlined that the plan will enhance the energy assets in Castilla-La Mancha by expanding and improving its energy transport and distribution networks to accommodate the increase in installed renewable power and facilitate its export.

It has also indicated that "the roadmap that this plan represents to guide us in this new phase of our energy transition contains a detailed analysis of the main national and international agreements and commitments that make up the regulatory framework of energy policies with which we are aligned. , such as the UN 2030 Agenda, the Paris Agreement, or the European Green Deal; and, at the national level, in the strategic framework of energy and climate, with Law 7/2021, of May 20, on Climate Change and Energy Transition or the PNIEC 2021-2030 ».

The first program is called the 'Program for the Promotion of Renewable Energies'. Three lines and 18 measures hang from it. The first line promotes the development of renewable energies, both for electrical and thermal use. Escudero has pointed out that "here we have a lot of advanced ground since 79 percent of our energy mix already comes from renewable energies, although we are ambitious and with the application of the Plan we want to increase it by more than 12,000 megawatts more, fundamentally from renewables, reaching the 23,000 MW. Currently, the installed electrical power in the regional mix is ​​10,863 MW.

The second line is aimed at promoting self-consumption systems and its objective is to "multiply by fifteen" the installed electrical power from this type of facility, adding 1,763 MW more to the current 113 MW. "It is perhaps one of the most ambitious for what it means for the socialization of energy and for promoting the appearance of new collaborative formulas, such as energy communities," he said. The third line seeks to reduce greenhouse gases as a transversal effect of the previous two.

Lastly, this first program contains 18 measures to be adopted, among them, providing self-consumption facilities in public administration buildings; “At this point we also have the foundations laid, since months ago we set up the ‘Public Sector Energy Sustainability Commission’ with the participation of all the departments and autonomous bodies; and we have already begun to install self-consumption photovoltaics in our public buildings».

The second program that integrates the 'Strategic Plan for the Energy Development of Castilla-La Mancha Horizon 2030' is that of 'Energy Saving and Efficiency' and is articulated through three main lines depending on its objective. The first of these is to promote energy saving by modifying consumption habits by reducing those that are not necessary. The second promotes energy efficiency to improve performance and comfort. The third encourages diversification, expanding energy sources, especially renewables, to reduce the degree of dependence, guaranteeing supply.

To this end, these lines are broken down into 24 measures aimed at the sectors with the greatest potential for energy savings and efficiency. In this area, the electrification of transport is particularly important, with the regional public sector also acting in this program in an exemplary manner in terms of the integration of electric vehicles in its fleets and recharging infrastructures in its facilities.

Escudero concluded by highlighting that in order to contribute to the adoption of this series of measures, from 2021, the Government of Castilla-La Mancha is promoting record aid of almost 70 million euros to "encourage those who are participating in our energy transition, citizens, companies and local administrations.

Finally, alluding to the hackneyed expression of "energy sovereignty" that has been used so much since Russia invaded Ukraine, García-Page has stated that "the world moves with love or with suffering", and has been convinced that the The suffering that the war in Ukraine is causing will serve to "bring more cohesion to Europe and demonstrate that clean energy is good and has an effect." "This sector knows where the winds are going and which sun it should get closer to," he concluded.

1 The 'beaches' of Madrid Río are operational... 2 Eurocaja Rural and Toledo taxi drivers renew their... 3 The mayor of Alicante guarantees that the mascletás... 4 The Basque Country breaks its record of contributors 5 The engineer Óscar Villenueva, new Deputy Minister... 6 These are the new luxury stores of Galerías Canalejas,... 7 Blocked a website for hacking hundreds of books, newspapers... 8 The Basque Parliament unites to request an improvement... 9 The businessman José Luis Prada is named favorite... 10 Zarzuela and the Court of Accounts sign the agreement... 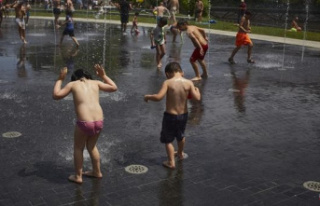 The 'beaches' of Madrid Río are operational...