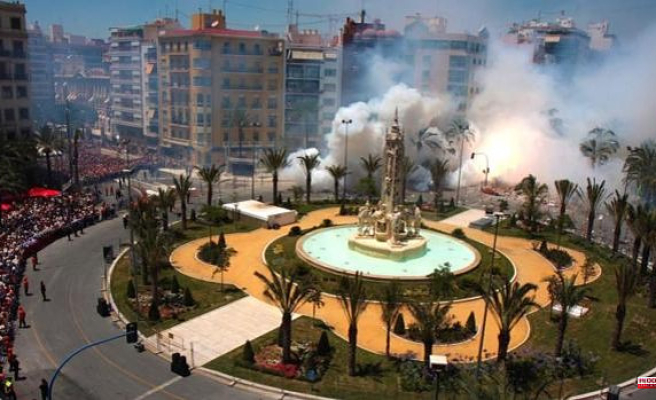 «What are they going to do, are they going to prohibit us from throwing the mascletás? Well, I'm telling you no, they're not going to stop it." This is how forceful the mayor of Alicante, Luis Barcala, has been about the report requested by the Generalitat Valenciana on the protection measures for the monument in Plaza de los Luceros for the firing of gunpowder in the traditional act of the Bonfires of San Juan.

In addition to announcing that the Plenary will take a "pronouncement" on this controversy, among other things to urge "the left of Alicante" to position itself against this "umpteenth attack" by the Consell on the Alicante festivities, Barcala has promised to maintain the location of the mascletás.

«We are not going to allow the mascletás to move from Luceros, it is the place that the people of Alicante want, no matter how Puig and Oltra are; they would not dare to do the same with the Fallas of Valencia, no matter how protected the monuments are in the Plaza del Ayuntamiento", the Alicante mayor has compared.

It has also played down the importance of the request of the regional Administration: "We'll see if in ten days we can complete the report, but I don't understand why they interfere in the parties, or what interest they have in vetoing, in preventing."

Consequently, he has asked Puig to "purify responsibilities in his government" and has shown that he does not expect him for this year's Bonfire celebrations: "Don't come, if you don't like parties, but don't walk around afterwards to take the photo»

1 The Basque Country breaks its record of contributors 2 The engineer Óscar Villenueva, new Deputy Minister... 3 These are the new luxury stores of Galerías Canalejas,... 4 Blocked a website for hacking hundreds of books, newspapers... 5 The Basque Parliament unites to request an improvement... 6 The businessman José Luis Prada is named favorite... 7 Zarzuela and the Court of Accounts sign the agreement... 8 They reproach a Guadalajara councilor for missing... 9 The Canary Islands shoot up in crime with 22.5% more... 10 Russian forces control 20% of the territory of Ukraine,... 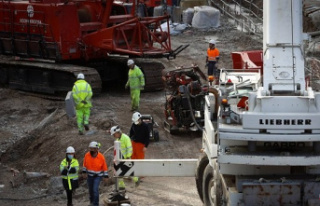 The Basque Country breaks its record of contributors