The charismatic businessman José Luis Prada, creator half a century ago of the 'Prada A Tope' brand, was appointed this Thursday as Bierzo's favorite son, a recognition with which the County Council recognizes both his "business success" and his " commitment to the territory. 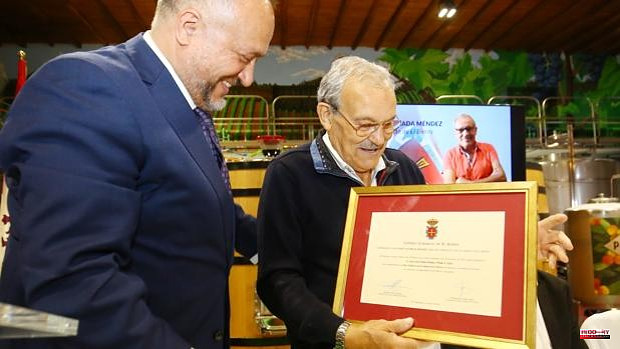 The charismatic businessman José Luis Prada, creator half a century ago of the 'Prada A Tope' brand, was appointed this Thursday as Bierzo's favorite son, a recognition with which the County Council recognizes both his "business success" and his " commitment to the territory. "You have been a prophet in your land," stressed the president of the regional institution, Gerardo Álvarez Courel, who has defined Prada as "a fan of Bierzo and a symbol for the region."

For his part, the honoree stressed that this recognition is a push to maintain the same philosophy of commitment to quality, linked to the territory. "I defend El Bierzo because I live in it, I defend my house, which is what we all have to do, above ideology and partisan interests," he explained.

In that sense, he has criticized the solar and wind farm projects planned in the region and has warned of the "deterioration" that they can cause in the vineyards of Bercianos.

During his turn to speak, the regional president glossed over the figure of this businessman born in 1945 in the municipality of Cacabelos, a council that came to govern twice. Álvarez Courel has valued Prada's "entrepreneurial flair" when exploring new opportunities, from the family business that it turned into a meeting point for tourists and pilgrims with its commitment to artisan agri-food products to its landing in the hospitality sector with La Moncloa of Cacabelos, one of the tourist references of the region.

Years later, the businessman restored the Palacio de Canedo, today converted into "the jewel in the crown" of the company and the third enclave in the region with the highest number of visits, only behind Las Médulas and the Castillo de los Templars of Ponferrada. This monument, declared a Site of Cultural Interest (BIC), houses the vineyards, the winery, the canning factory, the hotel and the restaurant.

Among Prada's merits, the president also highlighted that he was "one of the first to trust in the great potential of Bercian viticulture", a role that earned him the position of president of the Regulatory Council of the Bierzo Denomination of Origin. In the same way, Álvarez Courel valued the work of spreading the tourist, natural and agri-food wealth of the region carried out by the Prada A Tope Foundation hand in hand with its didactic forest.

The appointment of José Luis Prada as adopted son of the region joins those of the journalist Luis del Olmo, the poet Juan Carlos Mestre and the athlete Lydia Valentín, who received this recognition previously.

1 Zarzuela and the Court of Accounts sign the agreement... 2 They reproach a Guadalajara councilor for missing... 3 The Canary Islands shoot up in crime with 22.5% more... 4 Russian forces control 20% of the territory of Ukraine,... 5 Moncloa agrees with Bildu a 15% increase in non-contributory... 6 The judge again exonerates Fainé and Brufau from... 7 Disappearance and relegation: the double 'annus... 8 The PP denounces that a place "where prostitution... 9 Benidorm makes August in June with the jubilee of... 10 The price of oil rises despite the fact that OPEC... 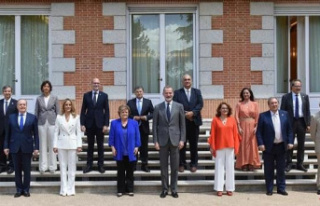 Zarzuela and the Court of Accounts sign the agreement...