Russian forces control 20% of the territory of Ukraine, three times more than before the invasion

Russian forces currently occupy "about 20%" of Ukrainian territory, that is, some 125,000 km2 that includes the annexed Crimean peninsula and territory controlled by pro-Russian separatists since 2014, President Volodymyr Zelensky said on Thursday. 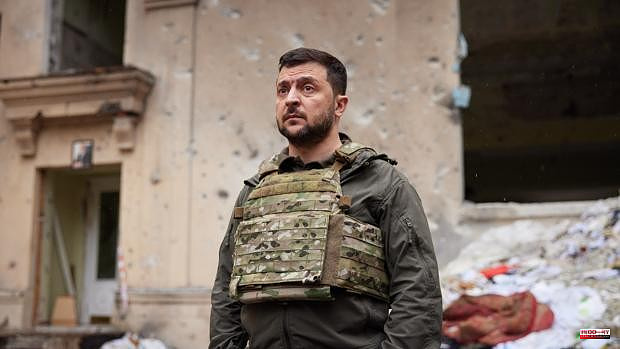 Russian forces currently occupy "about 20%" of Ukrainian territory, that is, some 125,000 km2 that includes the annexed Crimean peninsula and territory controlled by pro-Russian separatists since 2014, President Volodymyr Zelensky said on Thursday.

"Today, about 20% of our territory is controlled by the occupants, that is, about 125,000 km2," said the Ukrainian president, in a speech before the Luxembourg parliament.

Before the start of the war, on February 24, Russian forces controlled some 43,000 square kilometers in Ukraine, Zelensky said.

Since 2014, Russian forces have occupied the Crimean peninsula and, together with the pro-Russian separatists in the east of the country, a third of the Donbass mining area.

Currently the fifth of Ukrainian territory under Russian rule is "much larger" than the area of ​​Belgium, the Netherlands and Luxembourg combined, Zelensky said.

From the beginning of the war, the Russians took control of some regions of southern Ukraine and slowly advanced in Donbass, where they occupied Mariupol, in the extreme southeast.

Its goal is to take control of the two Donbas regions: Donetsk and Lugansk, where the fighting is not letting up these days.

On Wednesday, a Russian negotiator mentioned the possibility of a referendum in the Russian-occupied territories, with a view to annexation. This popular consultation could take place in July.

However, the Russian forces withdrew at the end of March from the kyiv region, where they suffered heavy losses, and partially from the Kharkov region, north of Donbass.

1 Moncloa agrees with Bildu a 15% increase in non-contributory... 2 The judge again exonerates Fainé and Brufau from... 3 Disappearance and relegation: the double 'annus... 4 The PP denounces that a place "where prostitution... 5 Benidorm makes August in June with the jubilee of... 6 The price of oil rises despite the fact that OPEC... 7 June work calendar: these are the holidays in each... 8 Dustin Johnson, leader of the Golf Super League Rebels 9 When is the Roland Garros 2022 final? 10 The judge prosecutes Eduardo Zaplana in the Erial... 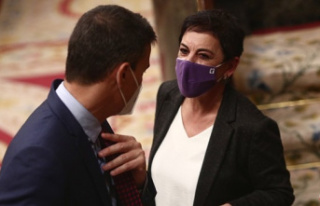 Moncloa agrees with Bildu a 15% increase in non-contributory...