The spokeswoman for the PSOE in the Guadalajara City Council, Sara Simón, has reproached Fernando Parlorio, Councilor for Citizens and member of the Socialist Government, for missing the municipal plenary session for going to the Champions League final that they played in Paris last Saturday Real Madrid and Liverpool. 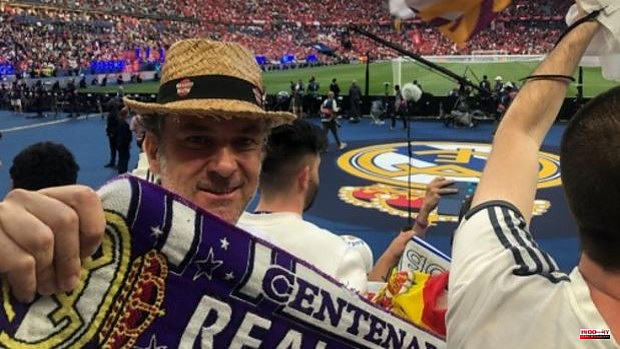 The spokeswoman for the PSOE in the Guadalajara City Council, Sara Simón, has reproached Fernando Parlorio, Councilor for Citizens and member of the Socialist Government, for missing the municipal plenary session for going to the Champions League final that they played in Paris last Saturday Real Madrid and Liverpool.

Parlorio, who is responsible for the areas of Commerce, Tourism and Market in the City Council, posted several photographs of his stay in Paris on social networks. In them he appears dressed in the colors of Real Madrid in different places in the French capital, such as the Eiffel Tower, the Arc de Triomphe, the Notre Dame cathedral or the Saint-Denis stadium itself.

In those publications he writes: “Here we are, in Paris.

My 5th Champions League Final, with the desire to bring the 14th Champions League to Spain for Real Madrid, and in very good company. Go Madrid!". And also: «5 finals of the last 9 is already making history. 45 minutes from playing glory again ».

Israel Marco, spokesman for Ciudadanos and Parlorio's party partner, justified that the latter's absence was due to family "reconciliation". However, Simón believes that "no PSOE councilor would have missed a plenary session unjustifiably." And he recalled that the socialist mayor himself, Alberto Rojo, participated in a plenary session electronically two days after being operated on.

Simón has recognized that in the PSOE they knew that Parlorio was going to the Champions League final and considers that "personal decisions are made by each one, and we do not have to make more assessments than that." «The explanations they have to give will have to be justified by them, or by their own group, if they consider it so. The PSOE has already told him that it was an issue that in our own group had not occurred », he insisted.

1 The Canary Islands shoot up in crime with 22.5% more... 2 Russian forces control 20% of the territory of Ukraine,... 3 Moncloa agrees with Bildu a 15% increase in non-contributory... 4 The judge again exonerates Fainé and Brufau from... 5 Disappearance and relegation: the double 'annus... 6 The PP denounces that a place "where prostitution... 7 Benidorm makes August in June with the jubilee of... 8 The price of oil rises despite the fact that OPEC... 9 June work calendar: these are the holidays in each... 10 Dustin Johnson, leader of the Golf Super League Rebels 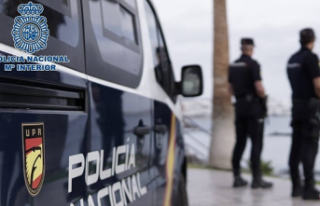