He arrived at his home, at number 15 on Avenida de los Príncipes de España, in the Madrid town of Coslada, at 11:15 am this Saturday, and from that moment seven hours of anguish and ordeal began inside the home. 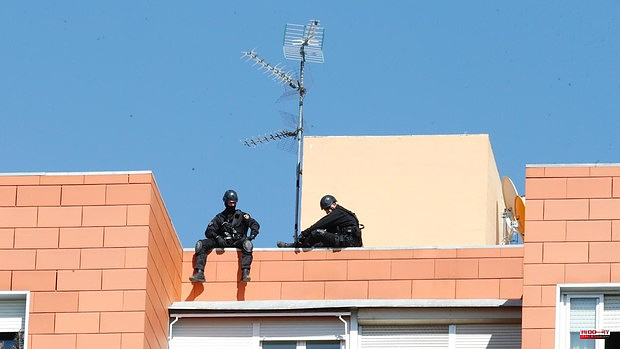 He arrived at his home, at number 15 on Avenida de los Príncipes de España, in the Madrid town of Coslada, at 11:15 am this Saturday, and from that moment seven hours of anguish and ordeal began inside the home. A man, of Romanian nationality, 43 years old and with a history of gender violence, locked himself up and barricaded himself with his two daughters, aged 12 and 15, whom he threatened to kill with a knife because his wife had denounced him for bad deals. Fortunately, agents of the National Police arrested him and managed to free the minor in perfect health.

The youngest of the girls managed to escape by jumping out of a window that overlooked a neighbor's terrace, but the older one stayed inside for hours.

At the time, the man – who lowered the blinds so that they could not see what was happening inside – claimed that he wanted to blow up the building with butane cylinders, which is why the ten floors of the building had to be evicted.

Getting the minor out of the house safe and sound was the main objective of the National Police officers who traveled to the enclave. There were members of Citizen Security, the Special Operations Group (GEO) and the Prevention and Reaction Unit (UPR), in addition to several negotiators who tried to convince the man to drop his attitude and drop the weapon. They got it around 6:00 p.m.: he freed the girl and then turned himself in. Both are in perfect health, although Emergency health workers had to attend to the mother of the minors and to whom she fled to provide them with psychological support. The same thing happened with the 15-year-old.

The woman, meanwhile, 39 years old and the same nationality as the aggressor, was never inside the house at any time. He is accused of an alleged crime of mistreatment, kidnapping and illegal detention and serious threats towards his daughters.

1 The faithful 'dawners' dress in 'surrealism'... 2 They arrest a man for burning ten vehicles and puncturing... 3 Iran hostage Emad Shargi's Family appeals to... 4 Biden administration cancels $5.8 billion in student... 5 How medieval cathedrals were constructed 6 Nadal against his student at the 14th Roland Garros... 7 Broadcasting pirated soccer will not result in more... 8 The Ibex increases 1.5% and reaches its highest annual... 9 Can an increase in interest rates solve the inflation... 10 Sanctions against yachts, planes and elites connected... 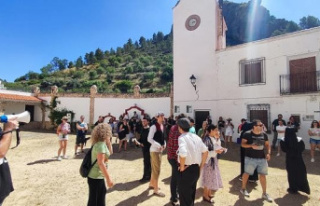 The faithful 'dawners' dress in 'surrealism'...