Can an increase in interest rates solve the inflation problem?

The European Central Bank will likely do the same this summer after the initial increases in interest rates in America. 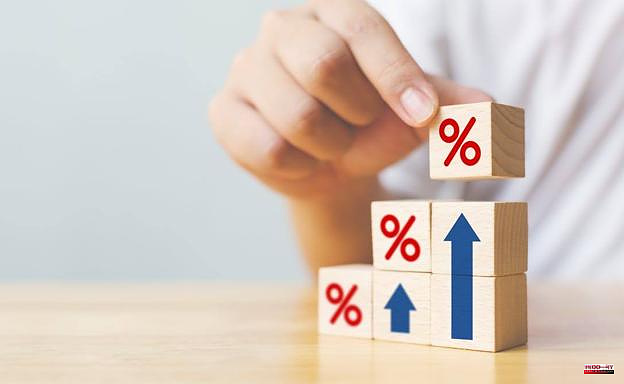 The European Central Bank will likely do the same this summer after the initial increases in interest rates in America. Will the solution be as effective or will it depend on the source of the inflation? Is it the same for us? Is it dependent on our individual financial profiles? What are the components of (nominal) interest rate?

We will first identify two types of economic agents (which could be individuals, families, or public administrations).

Those who save less than what they earn.

-The rate increases will have different effects on each other.

The final impact of a rate increase on debtors is unclear. Their situation could get worse or better, even though it may seem counterintuitive.

The demand side of inflation in the United States was responsible for the rise in inflation. In an economy that is close to full employment, there is more demand than supply. To balance this situation, prices have to rise. If a product is in high demand but not available, the price will rise. This has been the case since mid-2021.

Although prices have been increasing since 2021's end, the war in Ukraine has exacerbated inflation in Europe.

It is important to clarify that we are referring to nominal interest rates. These include several components, including the actual interest rates and inflation expectations.

The real interest rate is the amount paid in purchasing power to make a given amount of money available for a third party over a period of time. This includes lending money.

To combat inflation, the ECB could raise interest rates (which we have called nominal) to attempt to reduce inflation. This could lead to real interest rates increasing, staying constant, or decreasing depending on whether the inflation increase is greater, less, or equal to it. It could have no effect on economic agents if inflation and nominal interest rates rise in the same way as rates rise.

To ensure that the rate increase does not adversely affect purchasing power (let's remember that it is due to an inflation rate rise), it should be accompanied with a revaluation in salaries, pensions and benefits of companies, as well as tax collection in the case where public administration is involved.

This would mean that even if prices for products and services rise, higher income would offset this increase through increases in the wages of workers and pensioners as well as benefits from companies and the collection by the public administration.

We are interested in the micro-level impact of the inflation behavior and nominal interest rate increases on households and businesses. Real interest rates are important as they will affect who benefits or loses from the interest rate policy, and other elements, of the ECB's monetary policies.

The effect of an inflation shock on macro levels will determine whether or not the increase in interest rates is more effective at reducing inflation. Economists are not able to agree on everything.

To identify possible future scenarios, it is necessary to examine the expectations regarding inflation and interest rates. These expectations are a reflection of market fears and the fears of economic agents about future risks. So, the question is: Based on current conditions, how do markets and economic agents expect inflation to behave? What about interest rates in the future months and years?

Data on inflation expectations can also be extracted from financial markets where inflation is quoted. This includes financial swaps (swaps of inflation) or bonds index to inflation.

According to the Thomson Reuters Eikon database, the Euro zone has experienced an inflation rate of 6.5% in the past year. This information was taken from May 23, 2022. The average inflation rate is 4.5% over the next two years, and 2.5% annually. This means that the majority of the decline in inflation will not occur until after twelve months.

The increase in energy prices is the main cause of inflation in Europe. In the United States, however, it is caused by an increase in demand.

An increase in interest rates might cool the US economy. This would raise the cost of borrowing and reduce economic activity. It could also dampen demand for products which would lead to lower prices. This would resolve the problem without creating an economic crisis.

In the European example, however, an increase in interest rates might be able to control inflation. However, if consumption is controlled, it could lead to an economic slowdown. It is possible for Europe to experience a new economic crisis due to an inflation that is not caused overheating the economy, but war and scarcity.

We hope the European authorities will be able to determine the right dose for the desired effects.

This article was published in "The Conversation".

1 Sanctions against yachts, planes and elites connected... 2 New restrictions are being called for by the Supreme... 3 Texas governor creates special legislative committee... 4 Sheryl Sandberg leaves Meta, the parent company of... 5 Maitena signs up for the Abra la Regatta SURNE-Eskarra... 6 After the plane entered restricted airspace, Bidens... 7 Outside Capitol, man arrested with fake ammunition... 8 Italy has developed a robot that lets you be anywhere,... 9 Javier Rojas shines at the Andalusian Junior Championship... 10 33.4% of household income goes to mortgage payments... 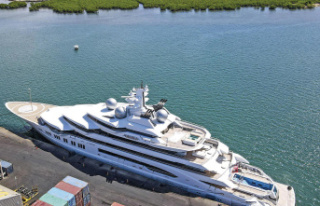