A 54-year-old man has been arrested and imprisoned in Valencia for having burned ten vehicles and punctured the wheels of another nine, as reported by the National Police this Saturday. 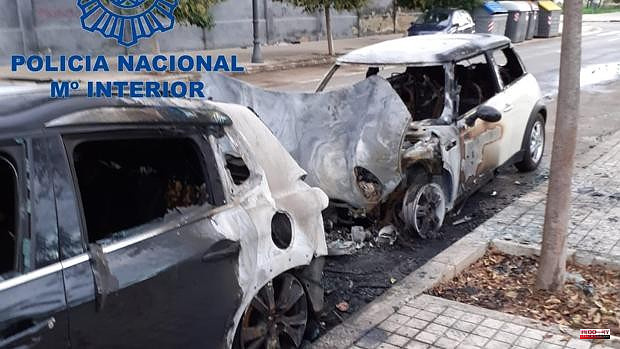 A 54-year-old man has been arrested and imprisoned in Valencia for having burned ten vehicles and punctured the wheels of another nine, as reported by the National Police this Saturday.

The events had been taking place in the Valencian district of Patraix since September 2021, almost always on Pintor Agrassot street or in nearby areas. After the first events, the National Police established a surveillance and prevention device and these types of incidents ceased, as explained in a statement.

However, since April of this year there had been an uptick in passenger car fires, always in the same area, between four and six in the morning, and using the same modus operandi: the author inserted into the front wheel of the vehicle what could be a rag impregnated with some accelerant and set it on fire.

After the investigative work by the Judicial Police group of the Patraix District Police Station, a man was identified and arrested on Wednesday as the alleged perpetrator of the crimes of damage and arson. The arrested person would be responsible for burning up to ten vehicles and puncturing the wheels of another nine cars.

The investigators also searched the address of the detainee, where they have intervened cans of solvent, a can of alcohol and lighters, among other effects. The arrested person, with a police record, has gone to court, ordering his entry into prison.

1 Iran hostage Emad Shargi's Family appeals to... 2 Biden administration cancels $5.8 billion in student... 3 How medieval cathedrals were constructed 4 Nadal against his student at the 14th Roland Garros... 5 Broadcasting pirated soccer will not result in more... 6 The Ibex increases 1.5% and reaches its highest annual... 7 Can an increase in interest rates solve the inflation... 8 Sanctions against yachts, planes and elites connected... 9 New restrictions are being called for by the Supreme... 10 Texas governor creates special legislative committee... 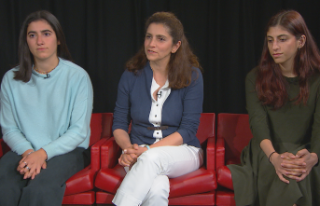