After two years almost stopped by the pandemic and when the recovery of tourism begins to be a reality, the hotels in Castilla y León are facing a situation unknown to them and that threatens to slow down their recovery. 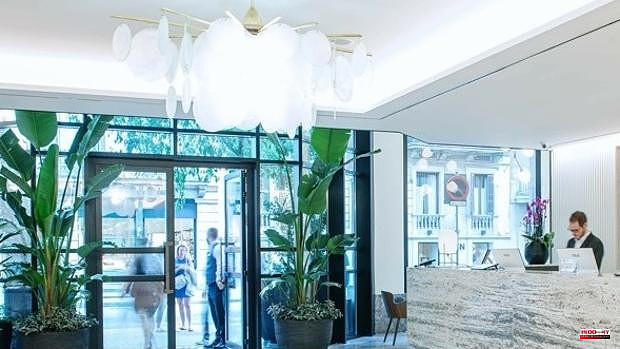 After two years almost stopped by the pandemic and when the recovery of tourism begins to be a reality, the hotels in Castilla y León are facing a situation unknown to them and that threatens to slow down their recovery. The lack of professionals who want to work in the sector is leading many establishments to not be able to offer one hundred percent of their services in high season.

The situation, as exposed to Ical, the president of the Hotel Association of Castilla y León, Piedad Sánchez, is causing extreme situations such as that of a family hotel located in rural areas and that has been forced to close restaurant services and cafeteria when not finding workers.

This complaint is added to the one already made this week by the president of the Confederation of Hospitality and Tourism of Castilla y León, Fernando de la Varga, from Burgos, who warned that the 'family' of the Community's hospitality sector needs between 6,000 and 7,000 qualified workers, including waiters, cooks, room managers, office workers, hotel staff, hostels, hostels... A situation that “cannot be reversed in the short term” and that will mean a “restructuring” of the entire sector, according to him.

After this complaint, De la Varga met with the General Director of Tourism, Ángel González, and they agreed to work hand in hand to urgently launch training plans that, as he explained, will also dignify the profession. In this sense, he assured that "dignification of the profession will come when there is training and we can increase our staff, given that in this way it will be possible to carry out a conciliation of our personnel, which is now the main demand" , he asserted.

For his part, Sánchez, who runs the Cuatro Postes hotel in the capital of Ávila and who will be heading the association for a year, acknowledges that this lack of professionals is taking its toll and is holding back the "optimal profitability" of a sector that had seen its activity normalize and that it has just entered high season. Thus, in addition to stopping the sale of rooms, they are also being forced to reduce the number of communions or weddings that are contracted due to the lack of workers.

In his opinion, one of the problems when it comes to finding people willing to work in hotels is the flight of workers to other sectors caused by the two-year stoppage forced by the pandemic and by the lack of job continuity in this period. In addition, he also recognizes that family reconciliation and the unemployment and social assistance model do not help hiring either. "When you try to find a person for a position that requires working weekends and significant physical activity, there are many people who, if the difference with the aid they receive and the salary is not very high, prefer to stay at home," he asserts.

In addition, Sánchez also regrets the lack of responsibility when it comes to accessing a job and indicates that there are more and more cases in which, after passing the interview and confirming their incorporation, "either they do not appear or they call the day before to give up".

The president of the Castilla y León Hotel Association also considers it a contradiction that, while Spain leads the unemployment rate in the European Union, sectors such as hospitality or construction do not find professionals, and demands that the administrations reflect deeply of a problem that can hamper economic growth.

The problem, as he emphasizes, has already been transferred to those responsible for the Junta de Castilla y León, although at the moment and due to the change of Government, no mechanism has been established with which to alleviate this situation, such as the recruitment school . In this sense, he also clarifies that the possibility of contracting directly abroad is a valid option for large hotel chains.

Finally, Sánchez points out that the lack of workers is a problem that before the pandemic did not affect the sector, now it has become widespread in all the autonomous communities and even, according to Sánchez, it is becoming more acute in the sun and beach, where summer demand is much higher than in inland tourism areas.

1 A father barricades himself in a house in Coslada... 2 The Sala de la Barca roof is restored by the Alhambra... 3 Lola Torres promotes the formation of a network to... 4 Uvalde parent and school staff start legal action... 5 N.Y. approves a bill raising the age for semi-automatic... 6 <<In social networks hoaxes roam freely>>... 7 A space experiment to prevent DNA from being damaged... 8 Citipix Granada is promoted to the Honor Division 9 A new U.S. survey shows that a majority of Americans... 10 Props and bases known to be discovered 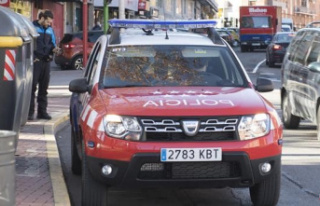 A father barricades himself in a house in Coslada...